The practice of Mahadeva as an independent meditational practice in Tibetan Buddhism is a Revealed Treasure teaching (Tib.: Terma) unique to the Nyingma Tradition of Tibetan Buddhism. It was especially popularized through the Mindrolling Tradition of the Nyingma. Sometimes Lha Chenpo can be found as a minor figure in Mindrolling paintings of Jinasagara Lokeshvara. There are a number of different forms of Lha Chenpo relating to the 'Terma' tradition plus other forms of Shiva found in the various levels of Buddhist Tantra. A few minor practices for Shiva as a front generation can also be found with the intention of accomplishing certain worldly aims. One such practice is attributed in the writings of Jamyang Khyentse Wangpo (19th century) to Padampa Sanggye of the 11th century.

"To the discerning pristine awareness body of all conquerors,
Emanation body of compassion of the powerful Avalokiteshvara,
Benevolent Lord of the World:
Mahadeva together with consort, Uma, I pay homage."
(Nyingma liturgical verse). 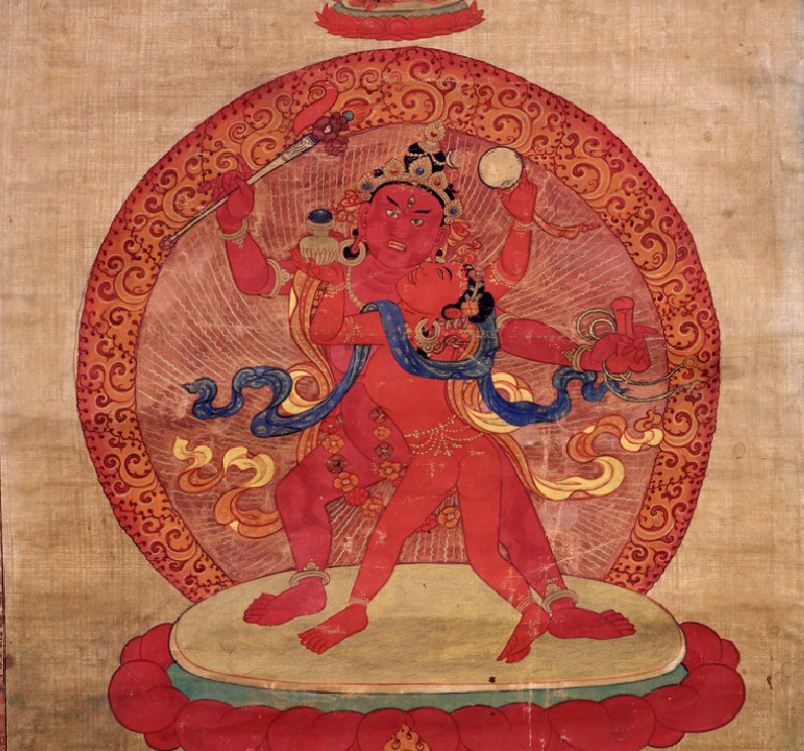 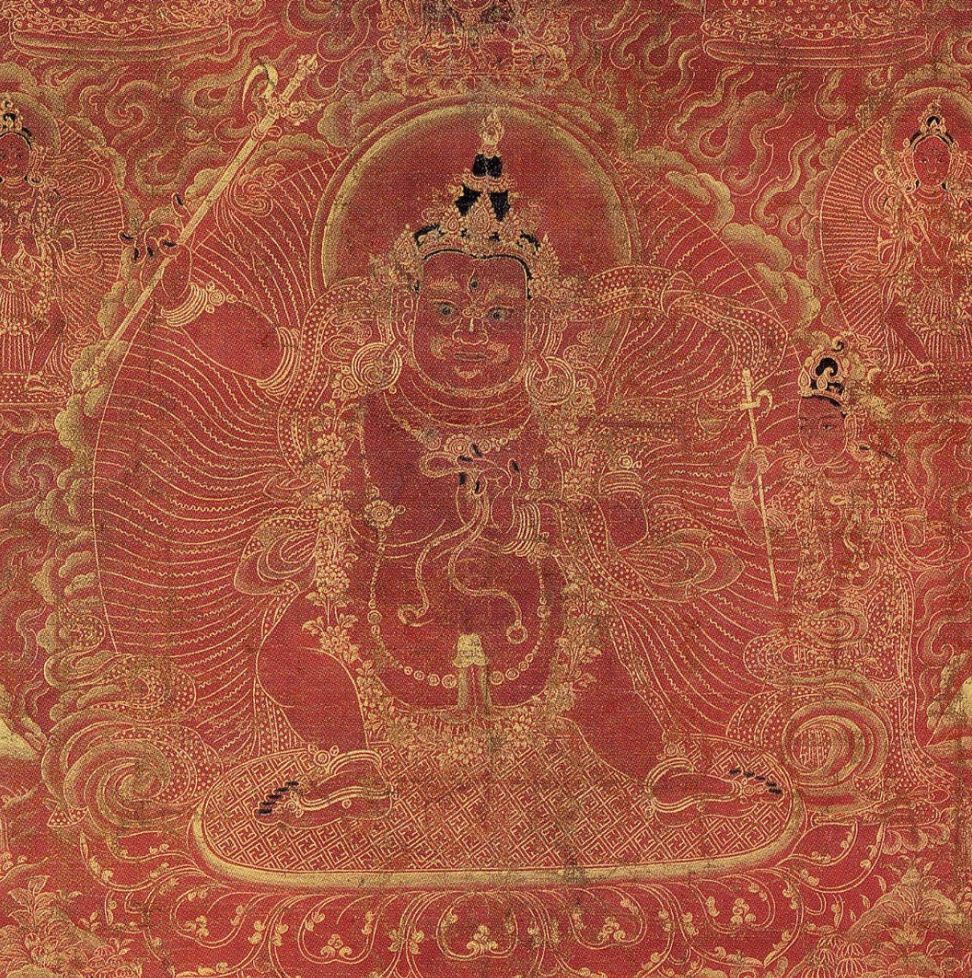 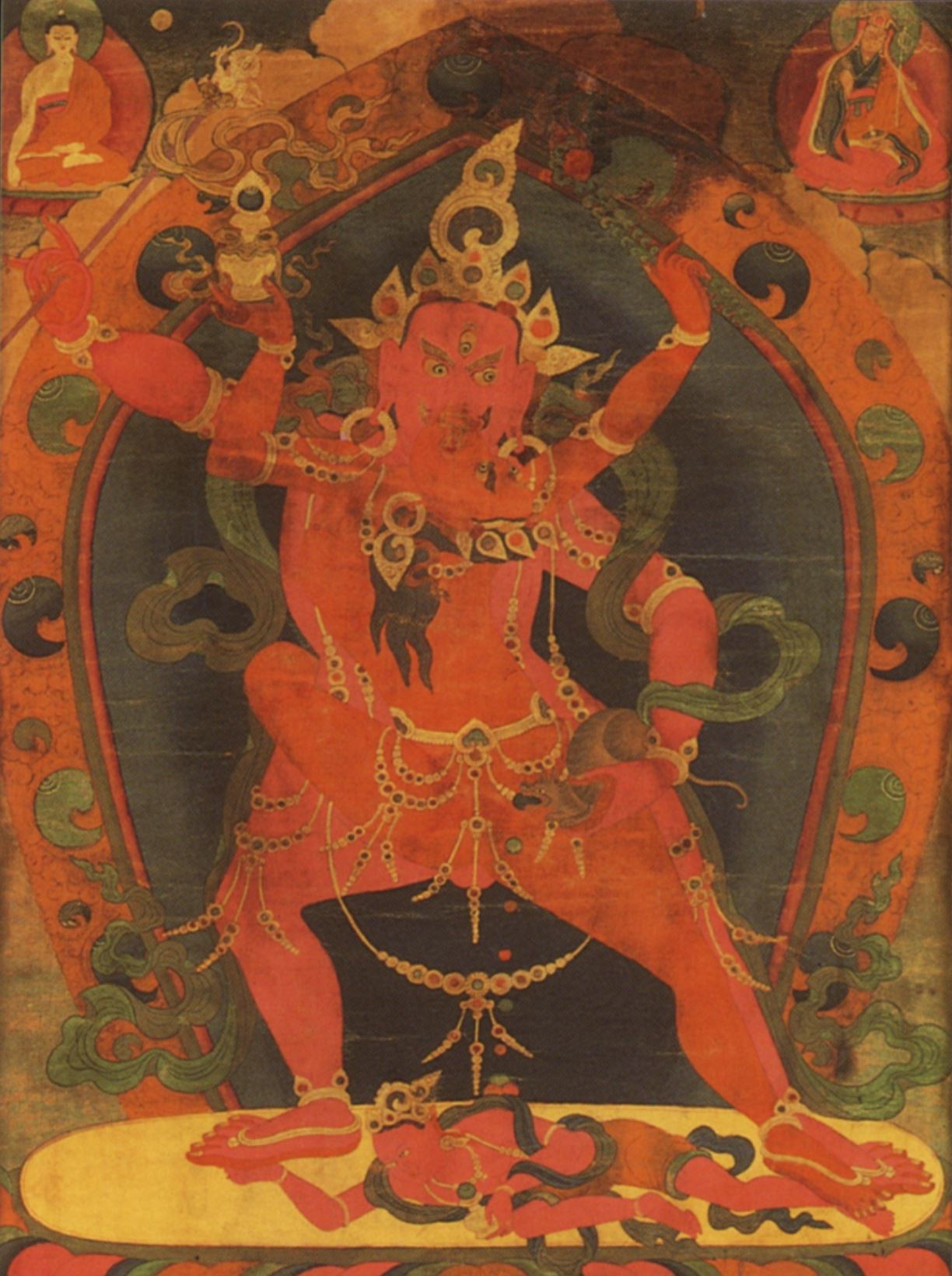 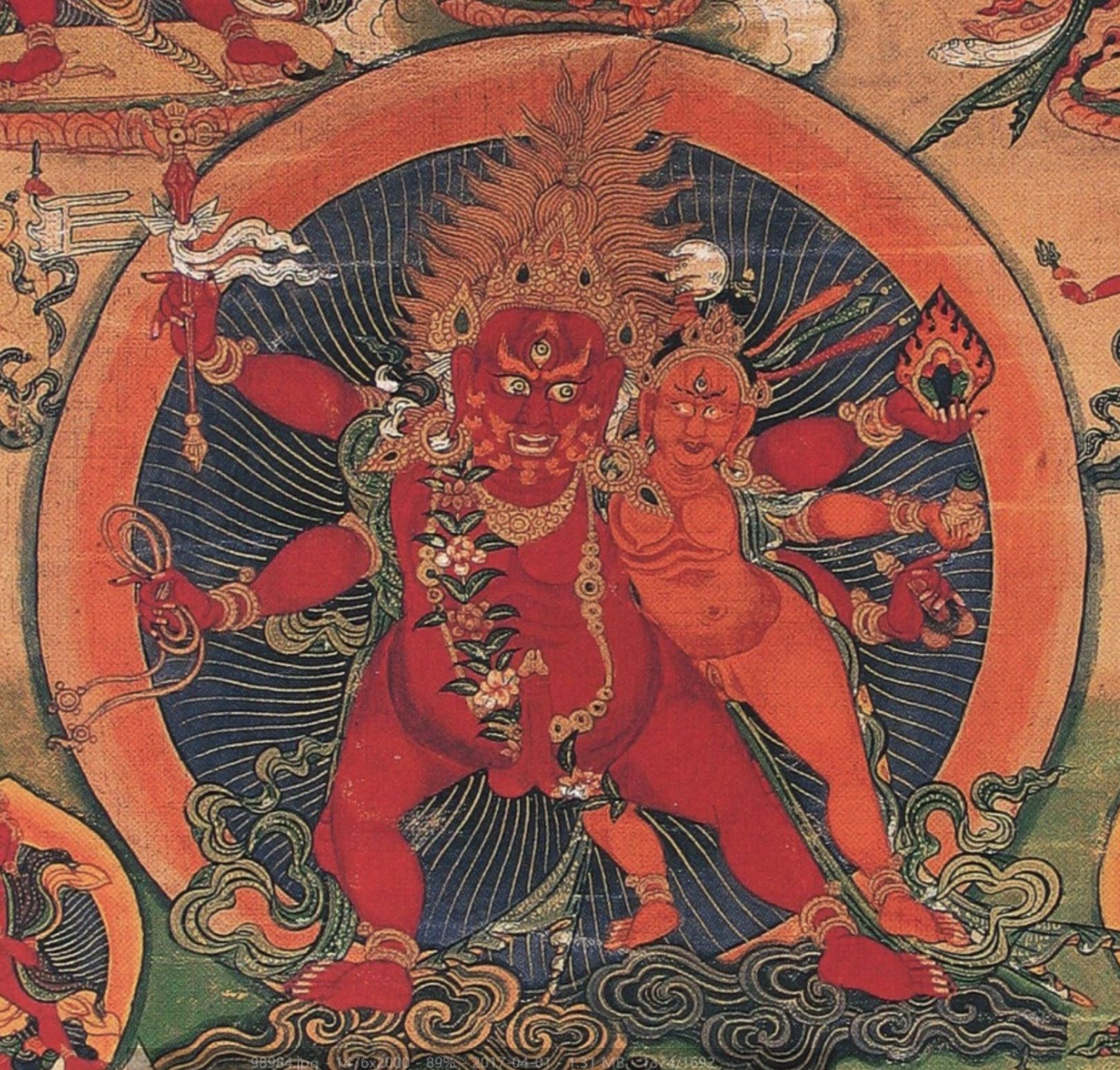 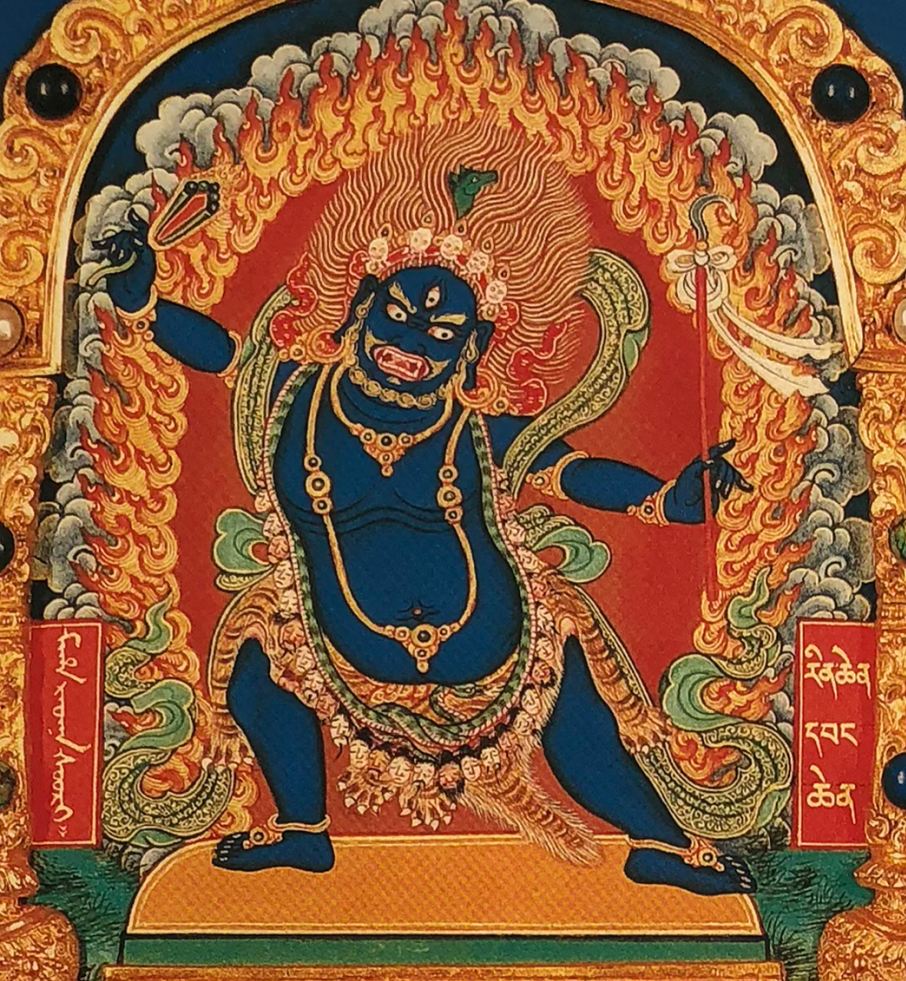 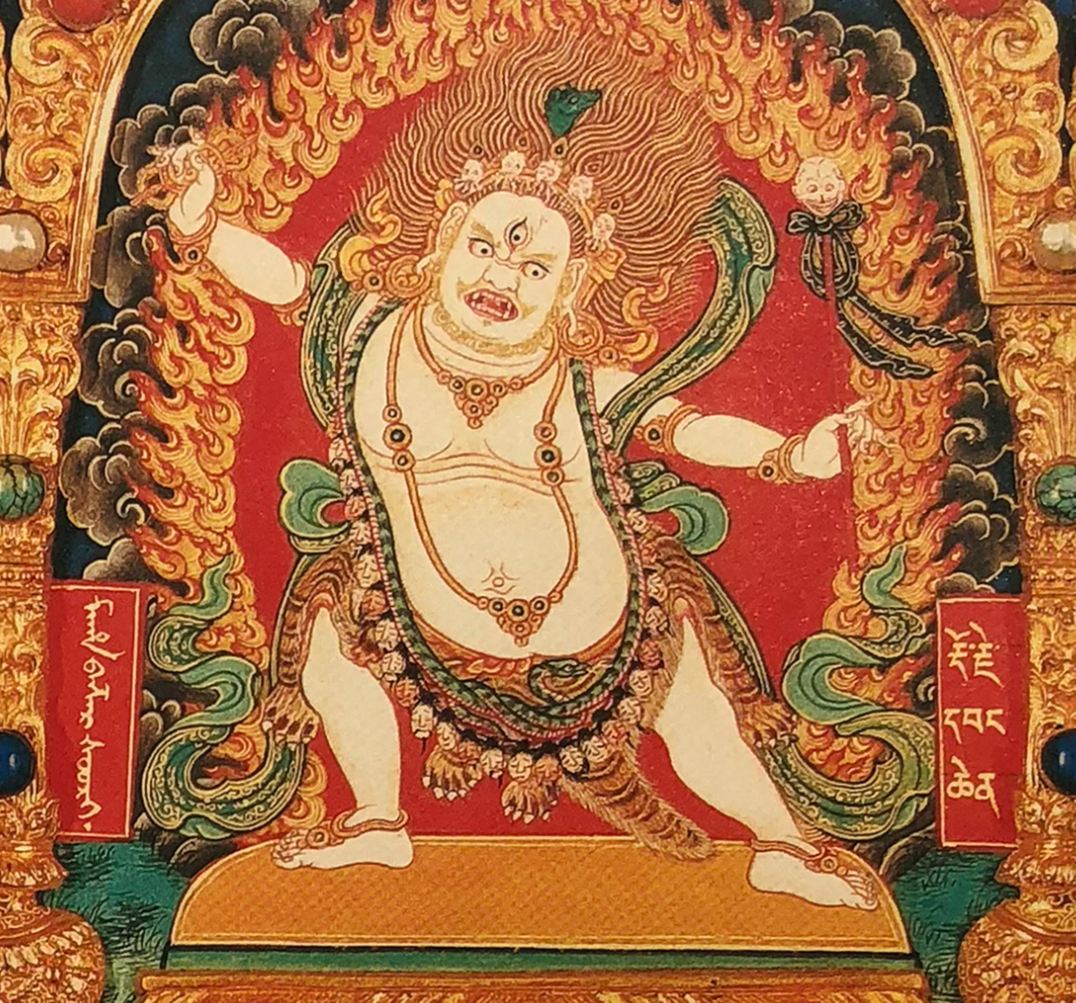 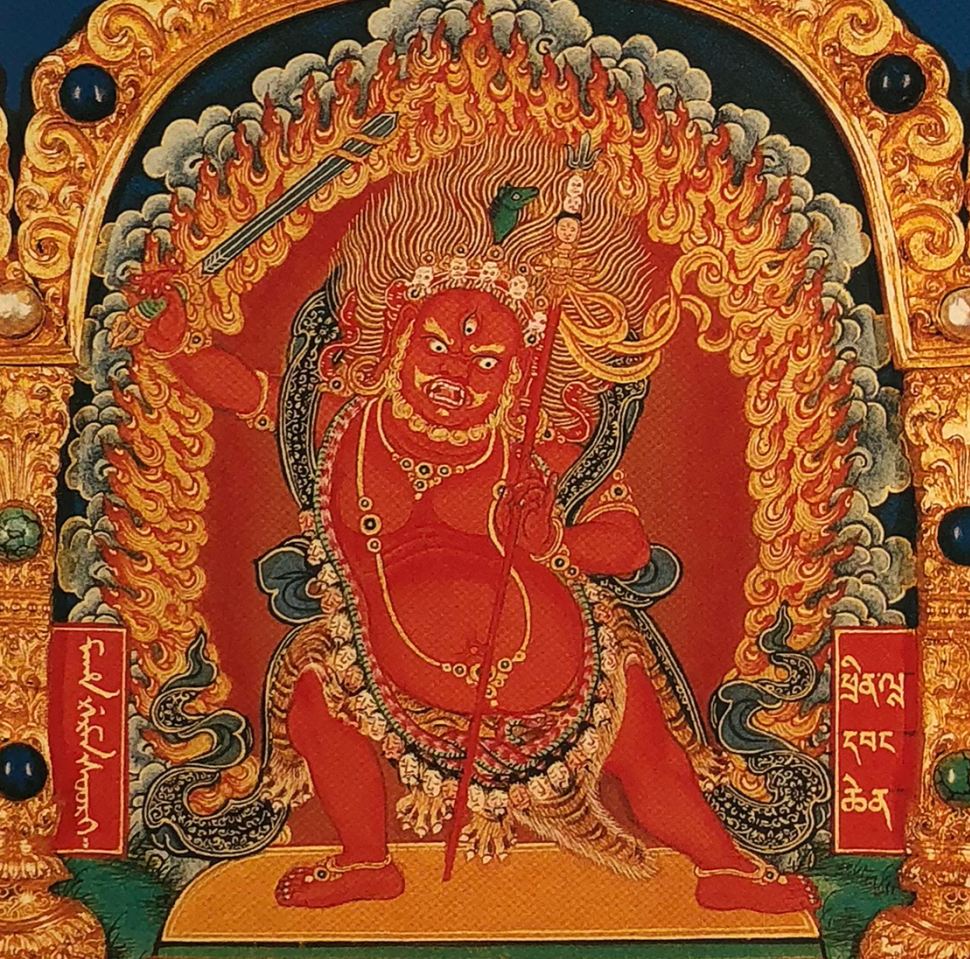 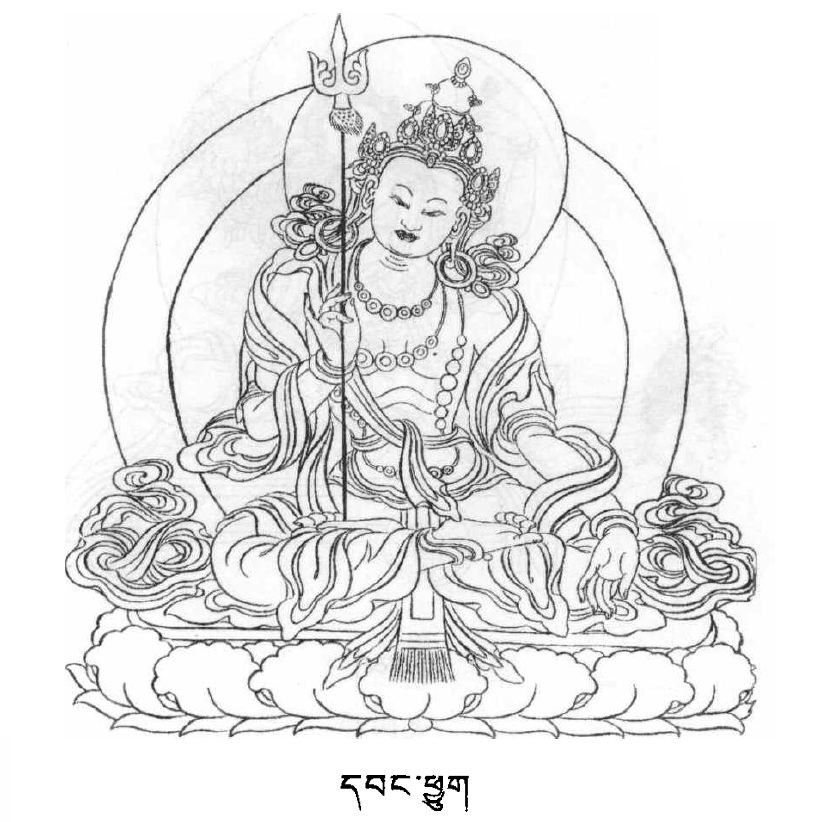 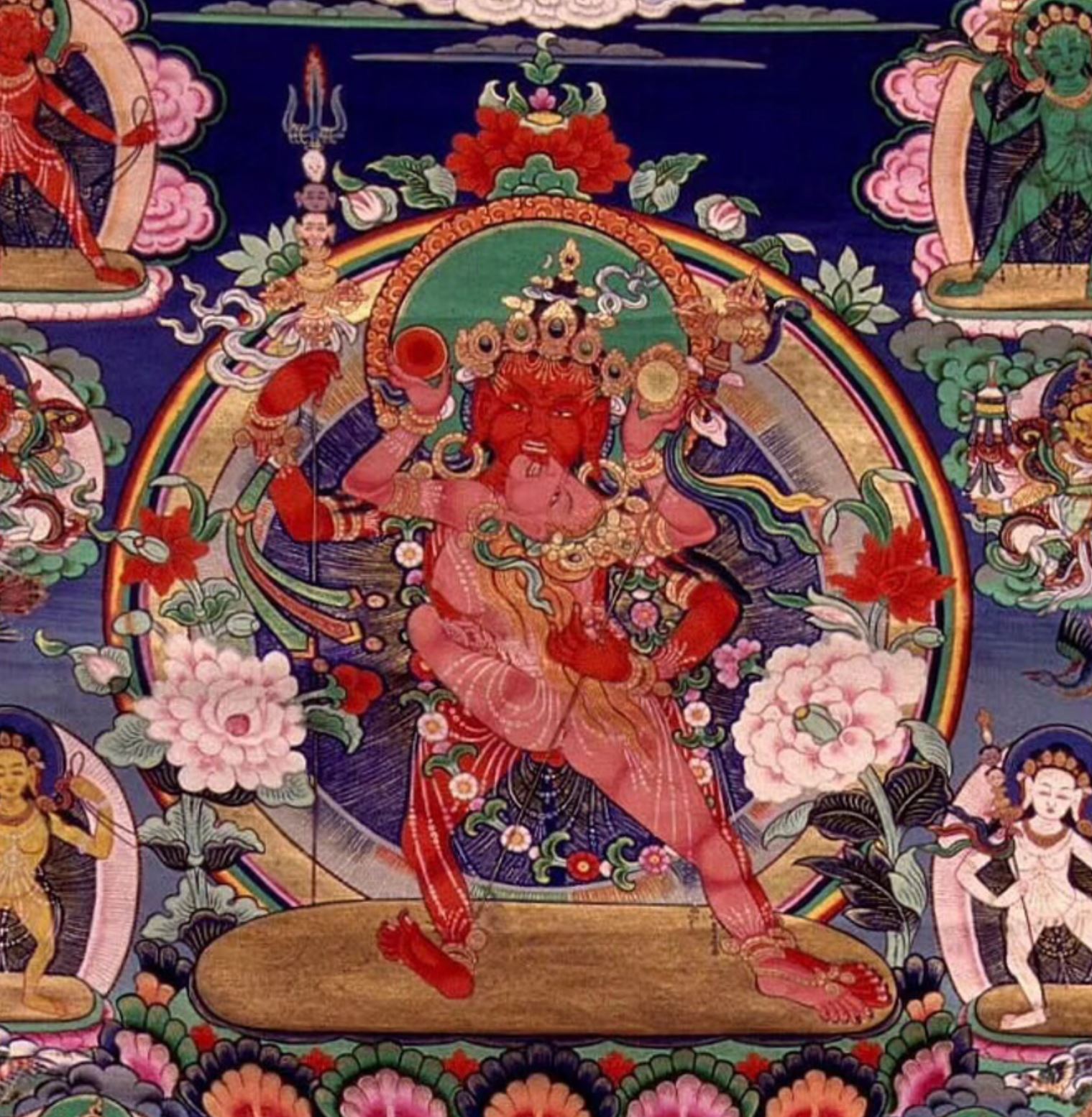 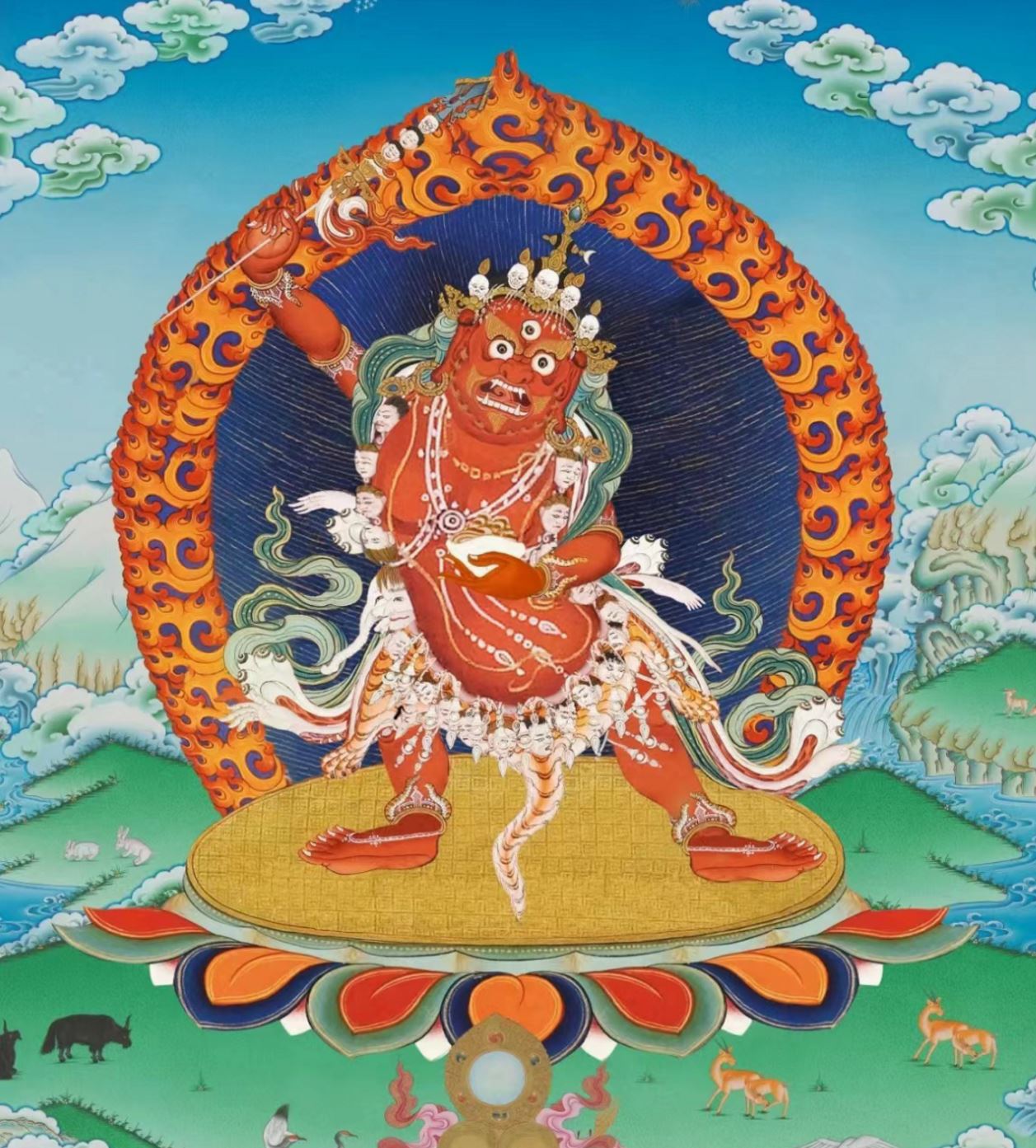