Legden Mahakala in general has a wrathful 'raksha' appearance with one face and two hands. He wears a heavy cloak and robes along with felt-like boots typical of Tibetan indigenous deities and mountain gods. It is possible that forms of Legden mahakala are cross-over deities partially of Indian origin and partially of Tibetan creation. Heavily robed Mahakala figures were popular at Densatil Monastery as both stupa decorations and as stand alone shrine sculpture. This form of Mahakala appearance is also popular and widespread in the 'Revealed Treasure' traditions of the Nyingma School of Tibetan Buddhism. 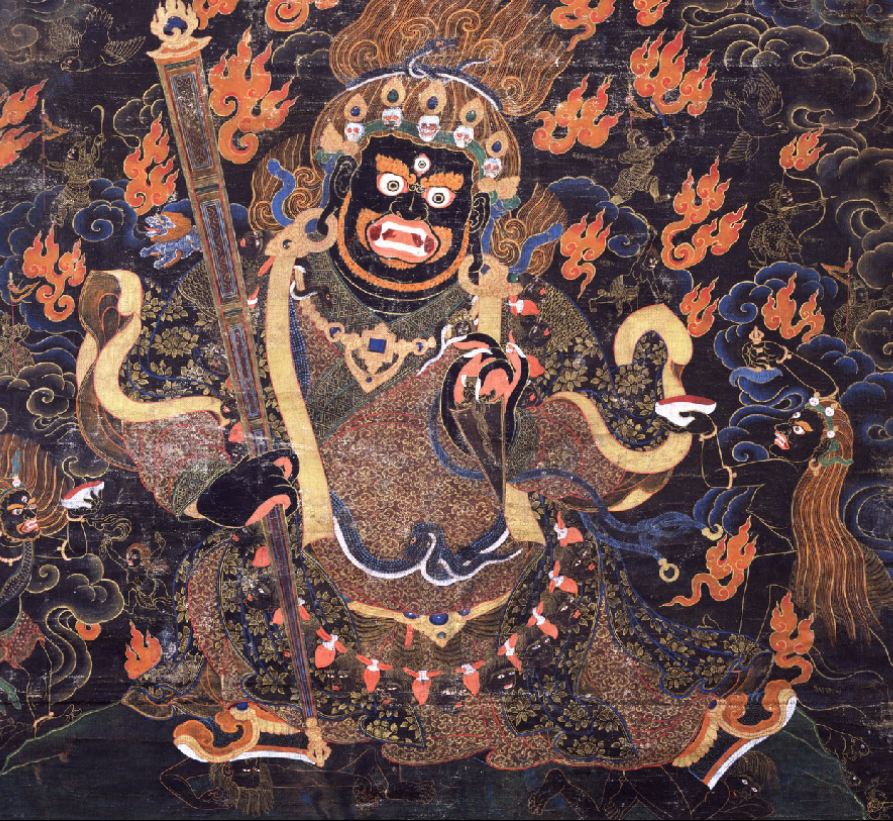 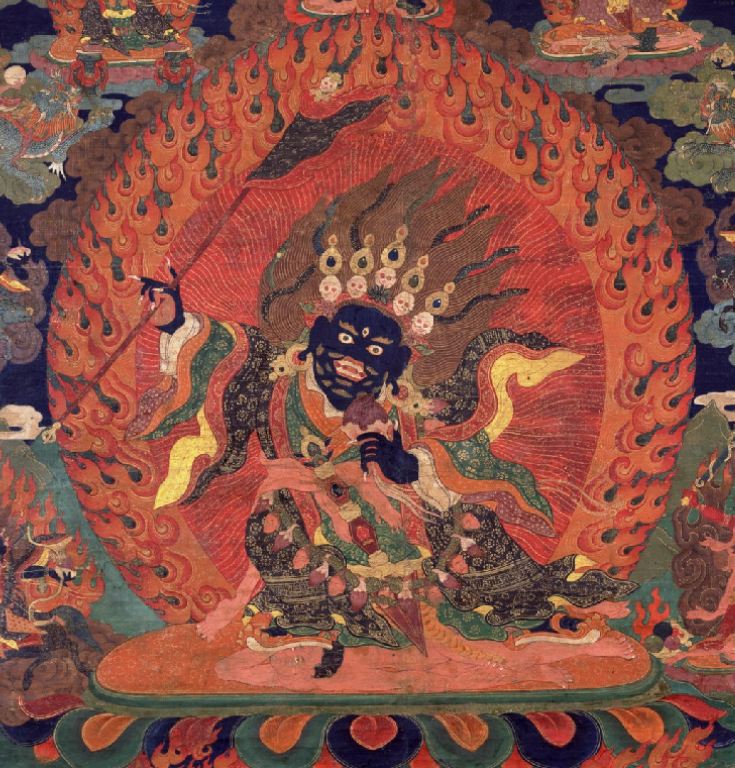 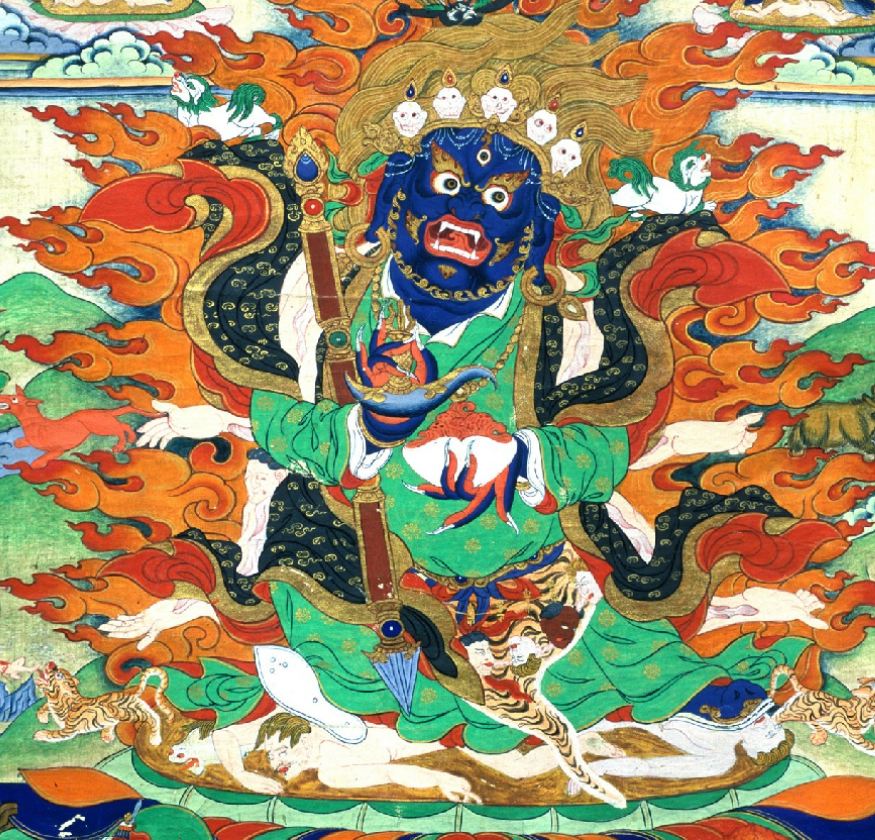 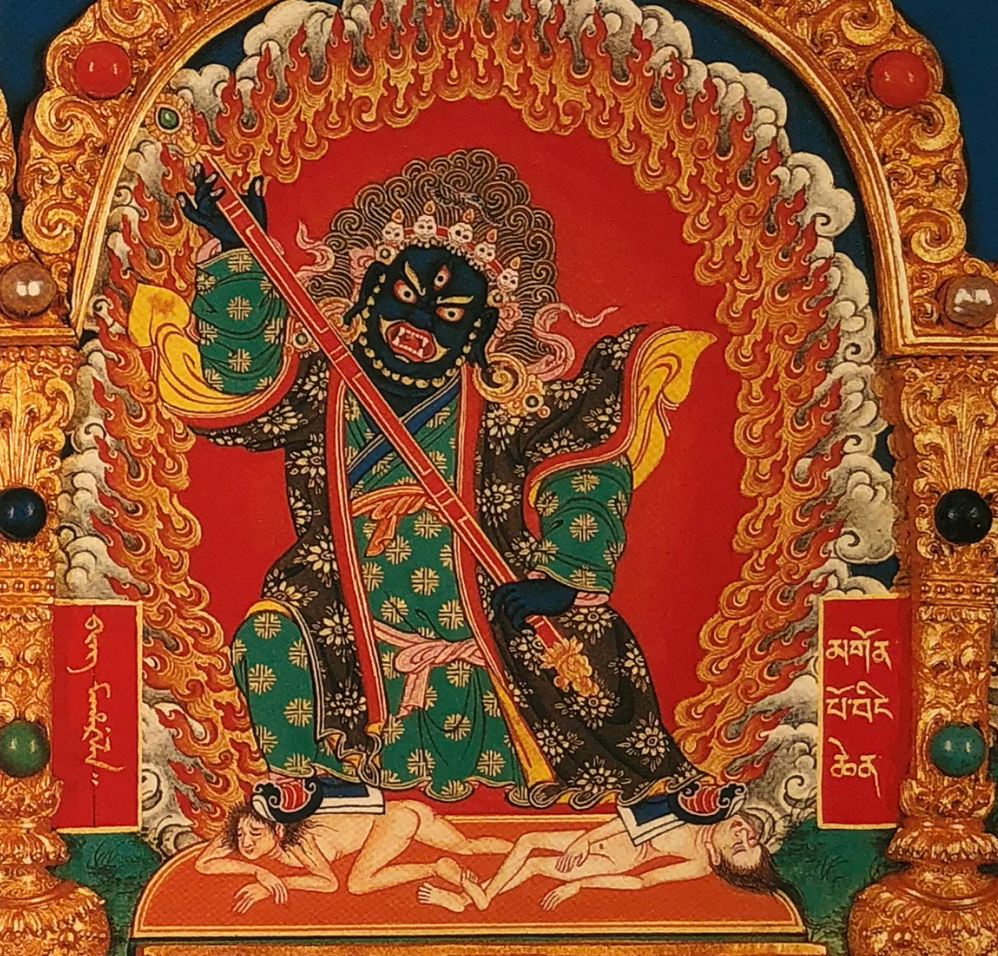 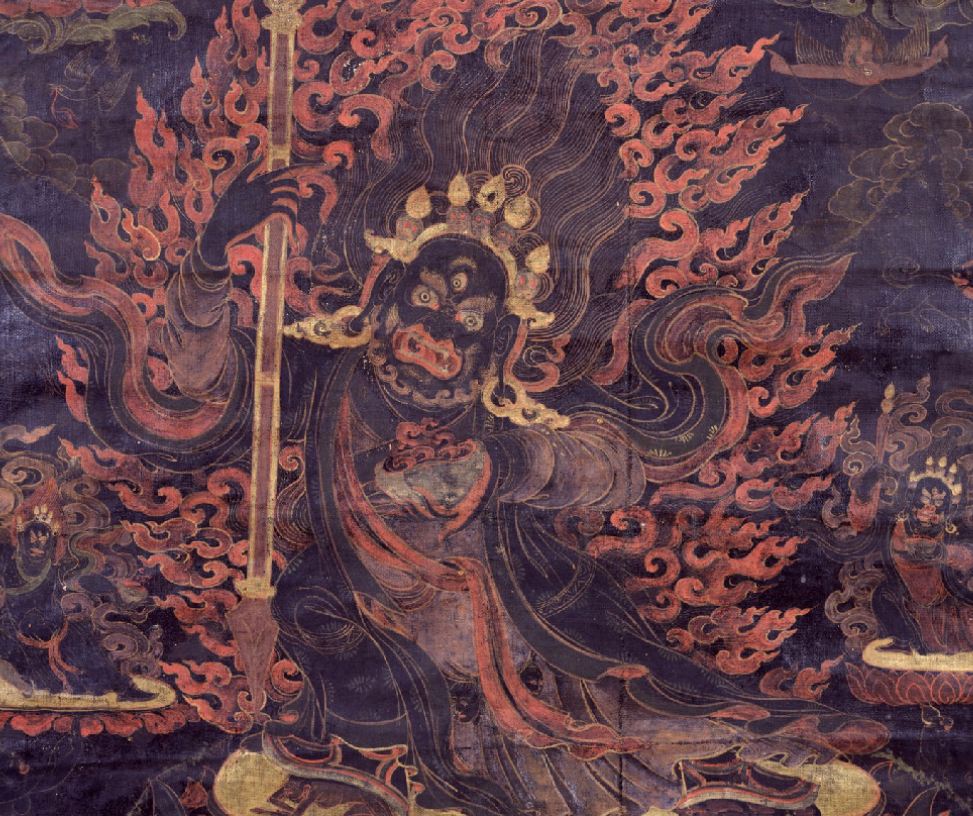 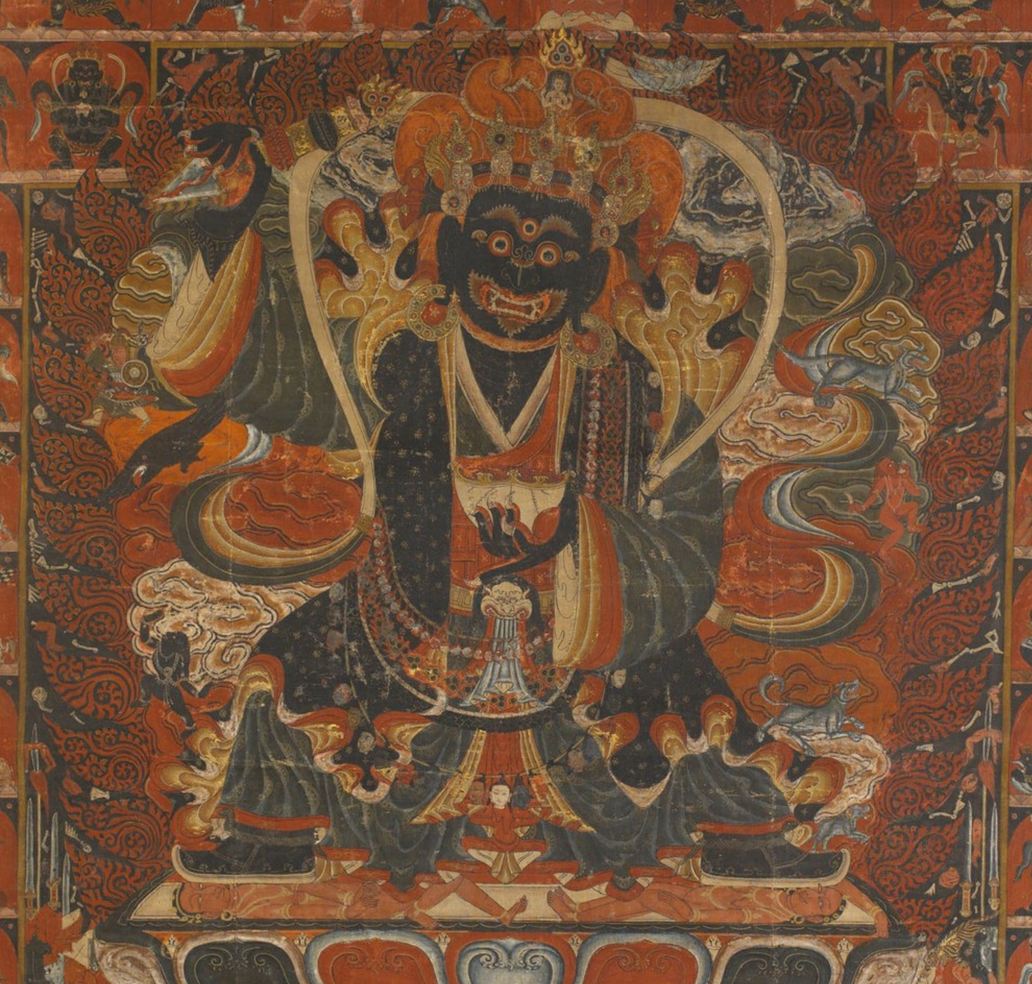 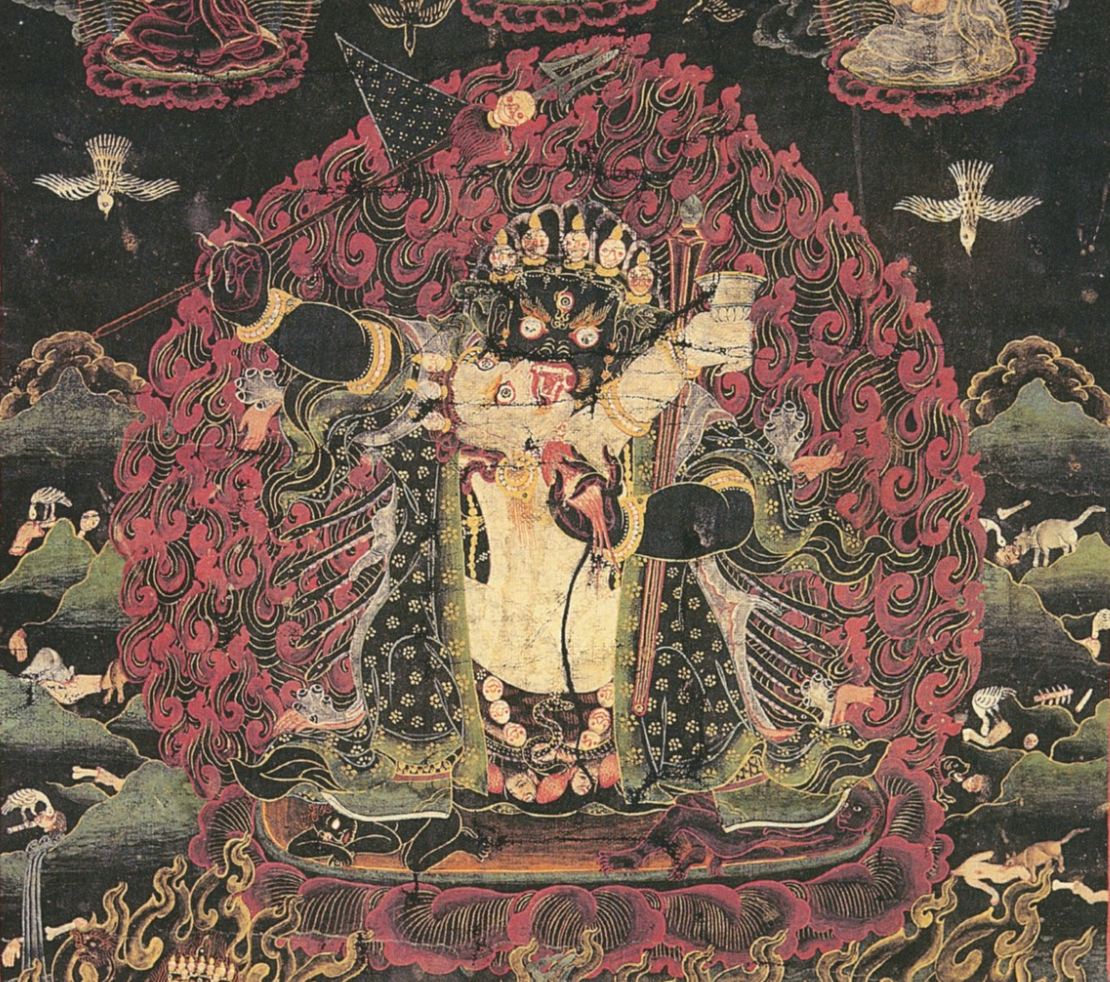 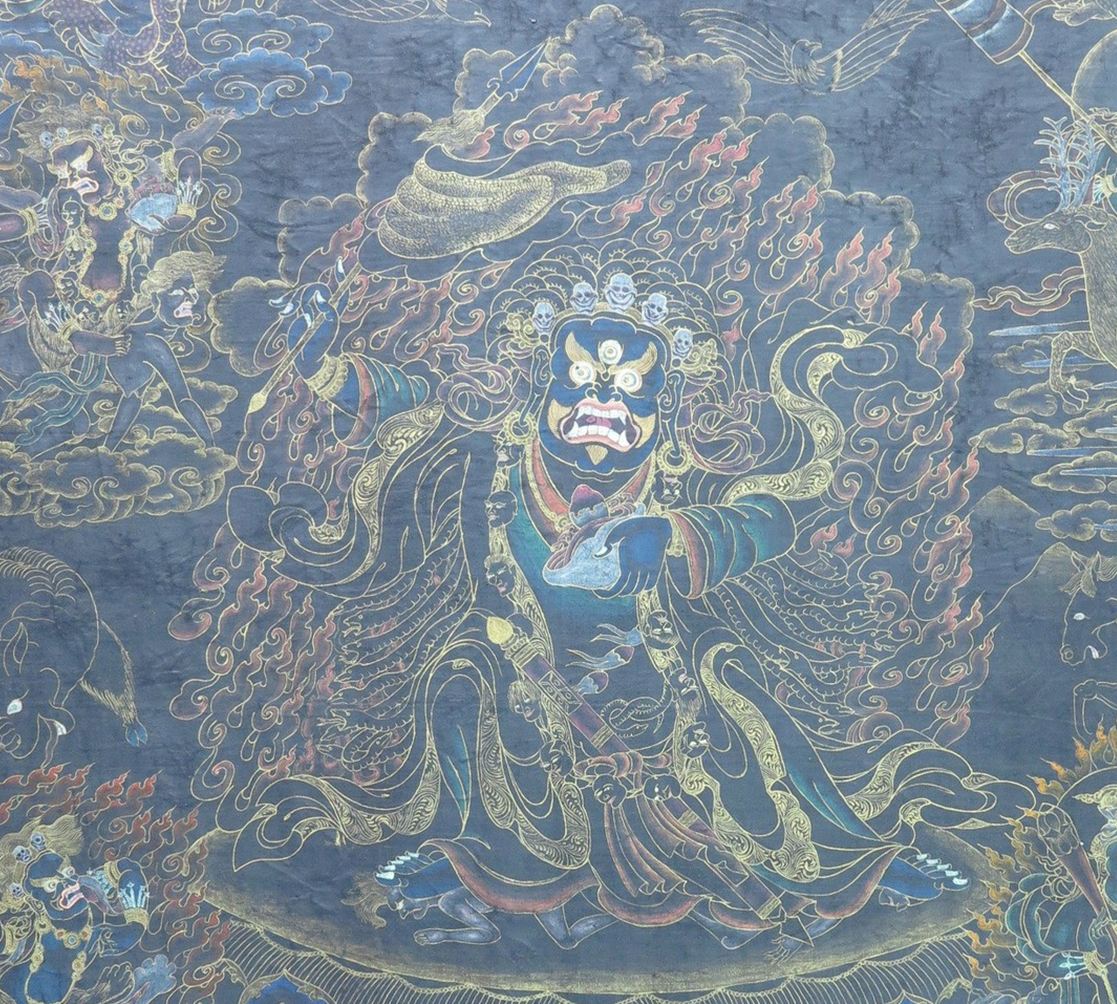 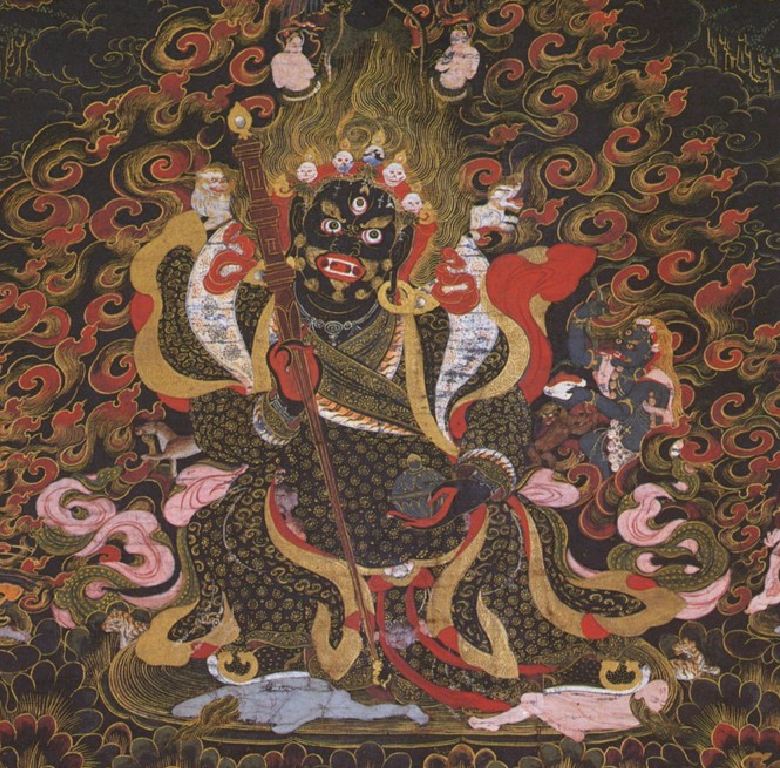 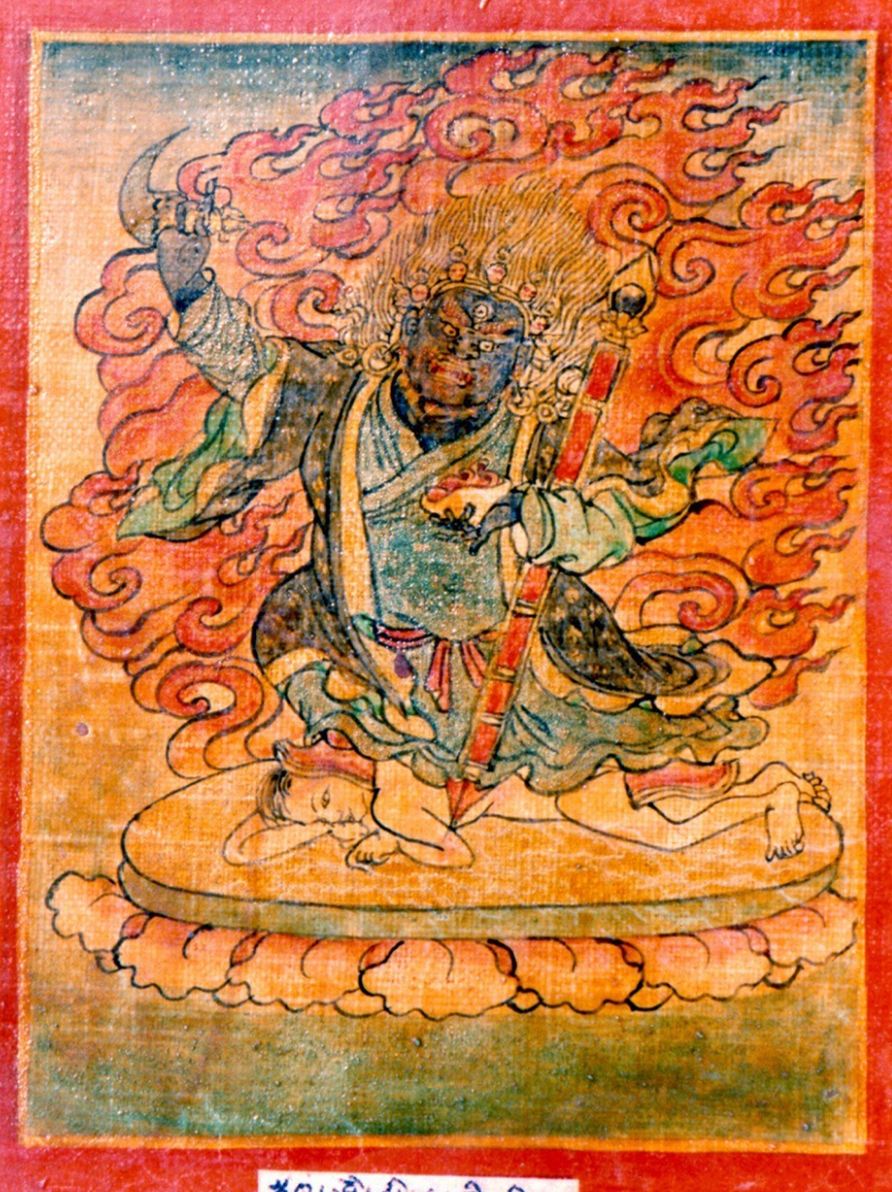 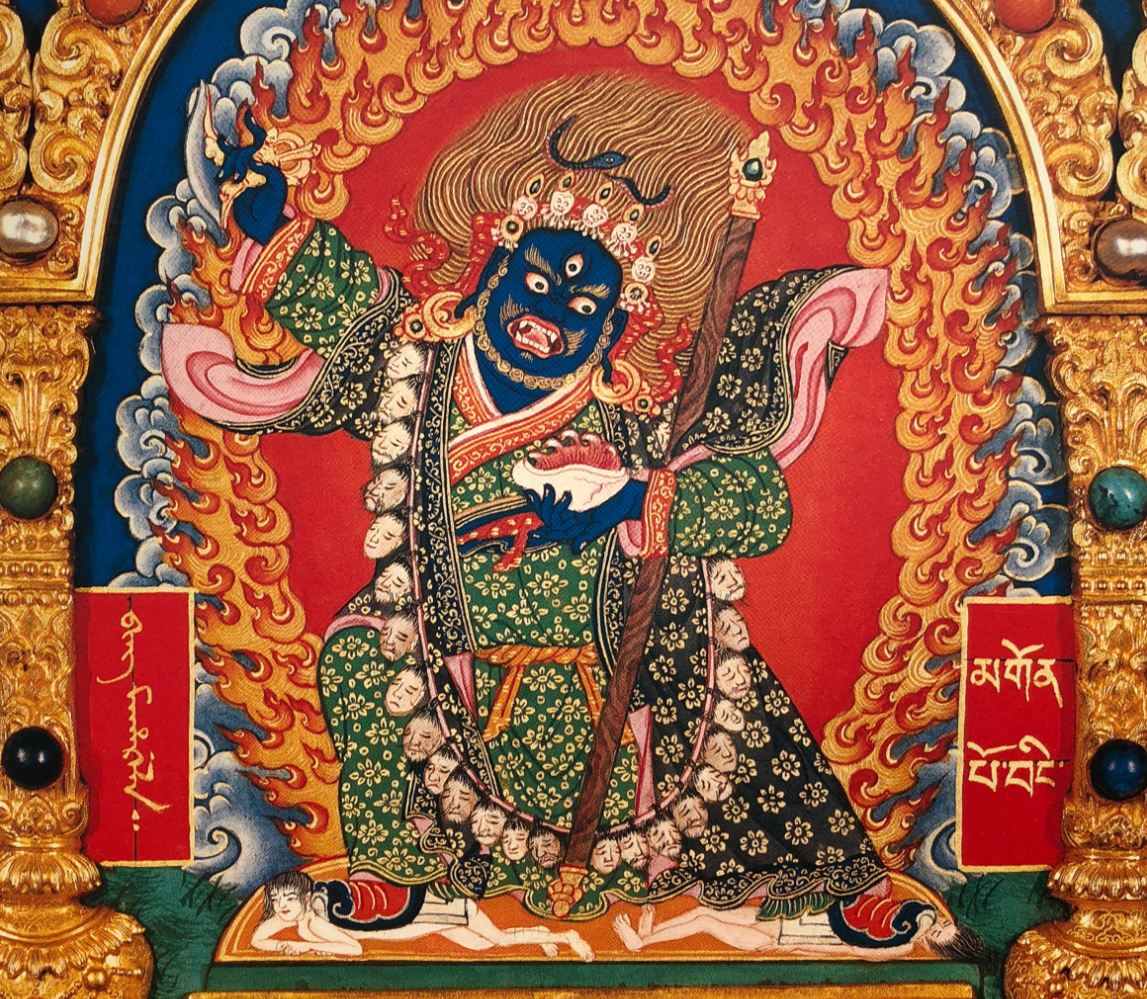 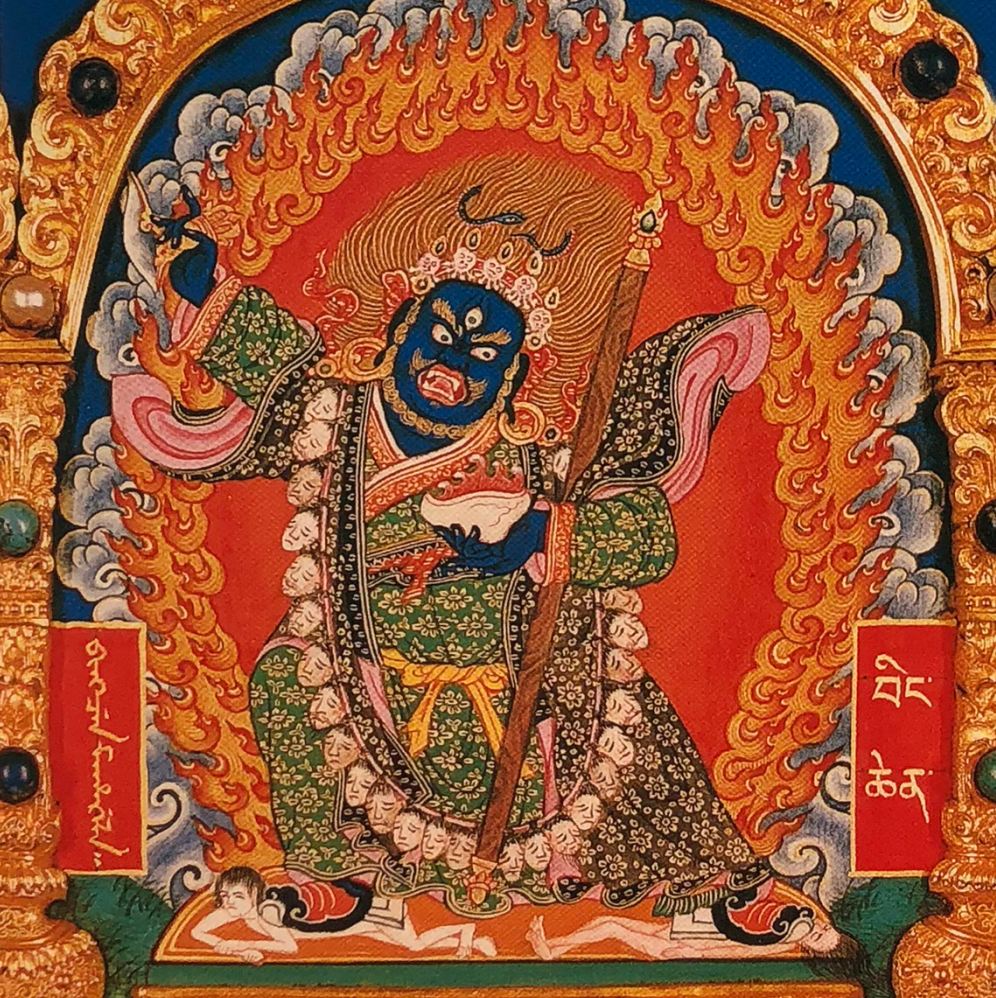 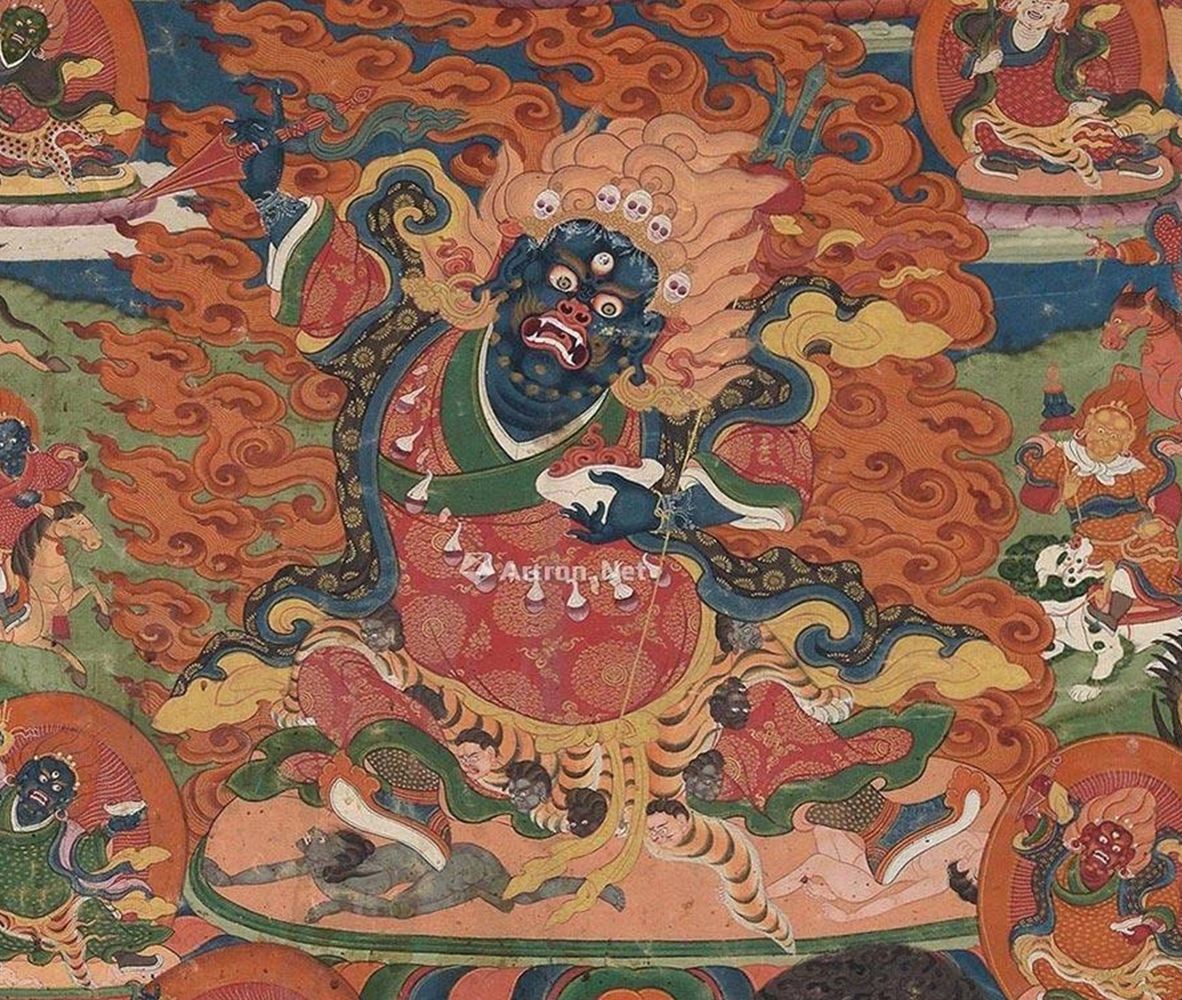 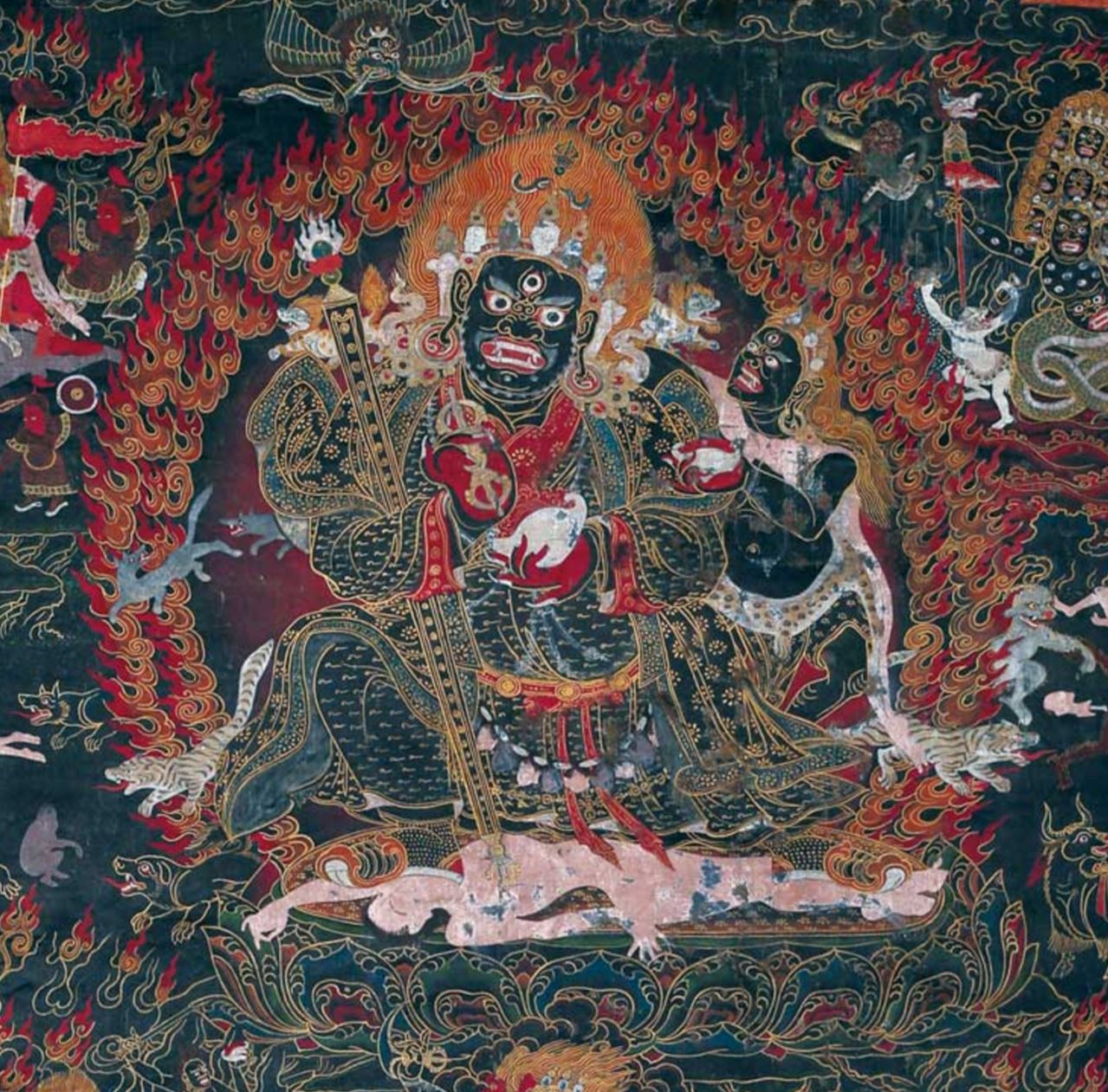 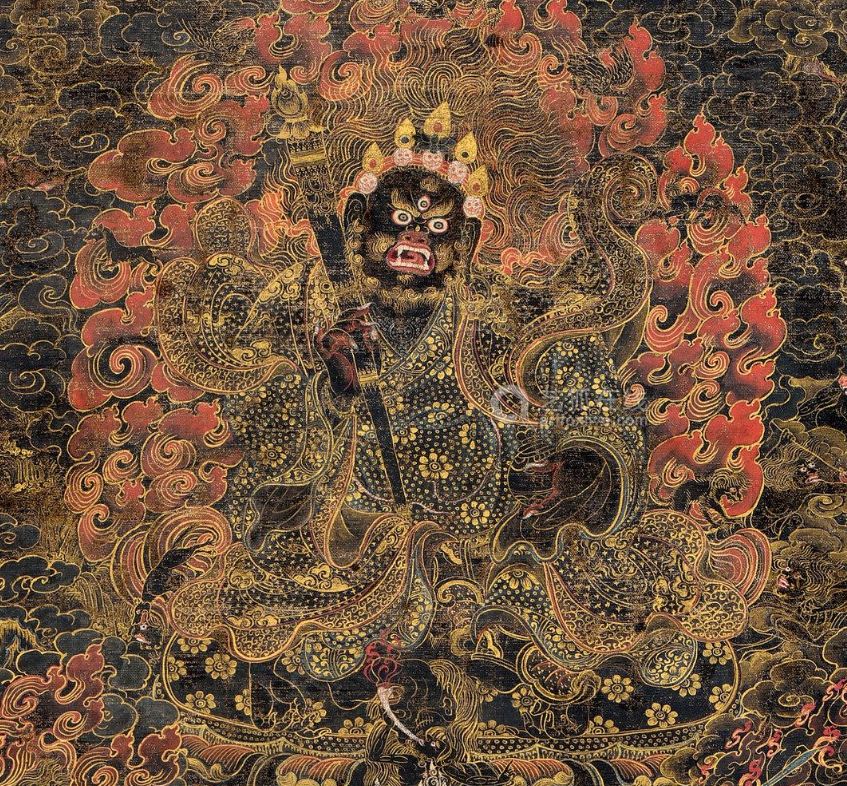