[Drugpa Sadhanamala #13, page 116] "From the state of emptiness above a lotus, moon and white [syllable, appears] Hari Hari Bhavan Bhagavan Arya Avalokiteshvara, white [in colour], the hair tied as a crown, peaceful [in appearance]. For the six hands the first right performs the [gesture] of the 'powerful tathagata', the second [holds] a bead mala, the third a gesture instructing beings in the way of virtue avoiding bad rebirths. The [first] left holds a stick, [second] the skin of a black deer, [third] a round bottle; seated fully atop the shoulders of Vishnu, [above] a Garuda, [above] a lion."

[Bari Gyatsa, #22] "Hari Hari Hari Avalokiteshvara. The Lord of the World Hari Hari Hari Vahana Bhavan, with a body white in colour, one face [and] six hands. The first right performs a mudra, the second a bead garland and the third the mudra. The first left holds a stick, the second a krishnasara skin [and] the third a round bottle. [Having] the same ornaments and garments [as the deities before]. Seated in the lalitaraja posture." 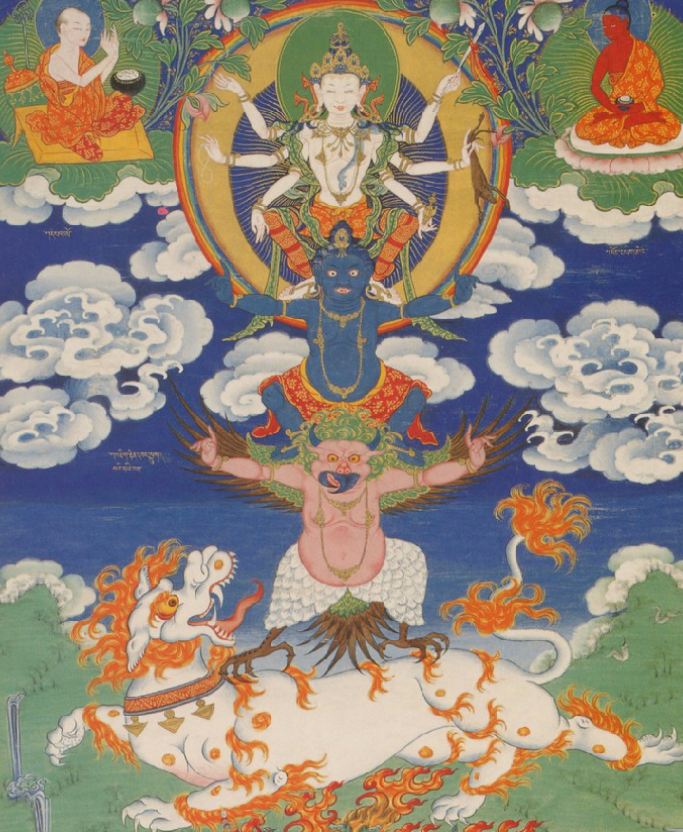 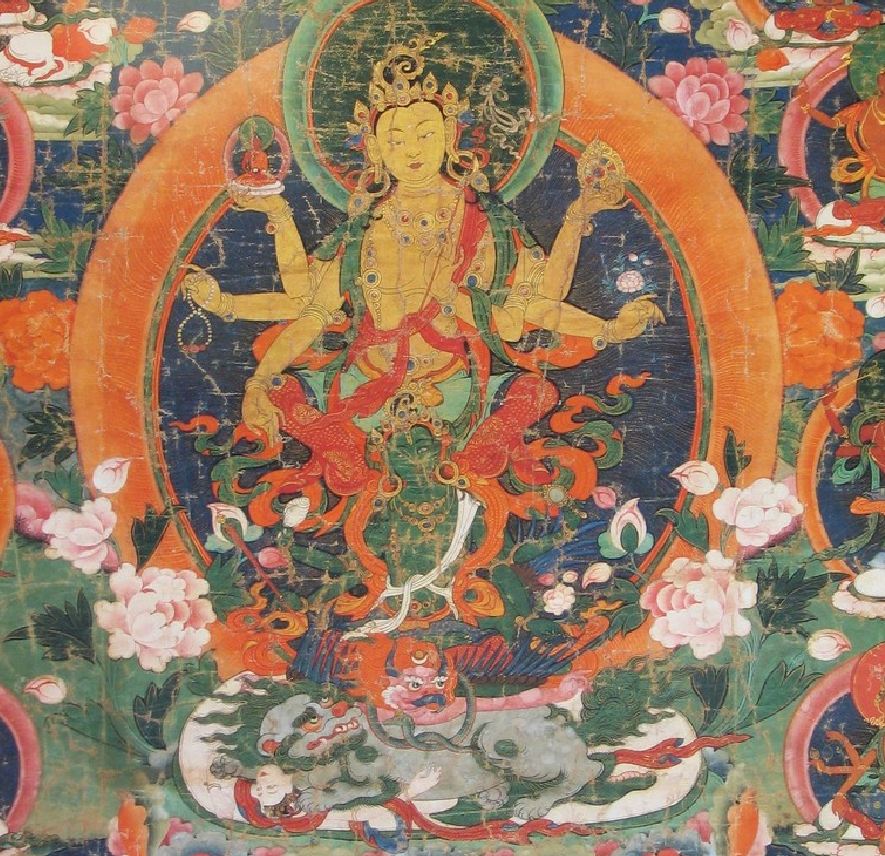