Dvajagrakeyura is a Tantric Buddhist meditational deity represented in several different forms, colours, numbers of heads and arms, etc. Aside from the original Sanskrit source text, Dvajagrakeyura Dharani, her initiation rituals and meditation texts are found in the One Hundred Sadhanas of Bari (Bari Gyatsa) of Bari Lotsawa, The Ocean of Sadhanas (Drub Tab Gyatso) of Panchen Dragpa Gyaltsen and the Rinjung Gyatsa of Taranata. (See Iconography: Source Texts and Examplas).

[67] "...Dhvajagrakeyura, [with] three faces and four hands. The body and main face are black, the right red and the left green. Having bared fangs and three eyes. The two right hands hold, a sword and a lasso. The two left, a katvanga and chakra. Yellow hair bristling upwards. Adorned with a garland of skulls and wearing a lower garment of tiger skin and an inner garment of yellow cloth. [With] the belly hanging down [and] standing with the left [leg] extended." (Konchog Lhundrub. Bari Gyatsa).

The Sanskrit text for the deity Dvajagrakeyura instructs the Buddhist follower to make a banner-flag displaying the complete long dharani formula. This is typically done by carving a wood block and making a print (see example below). 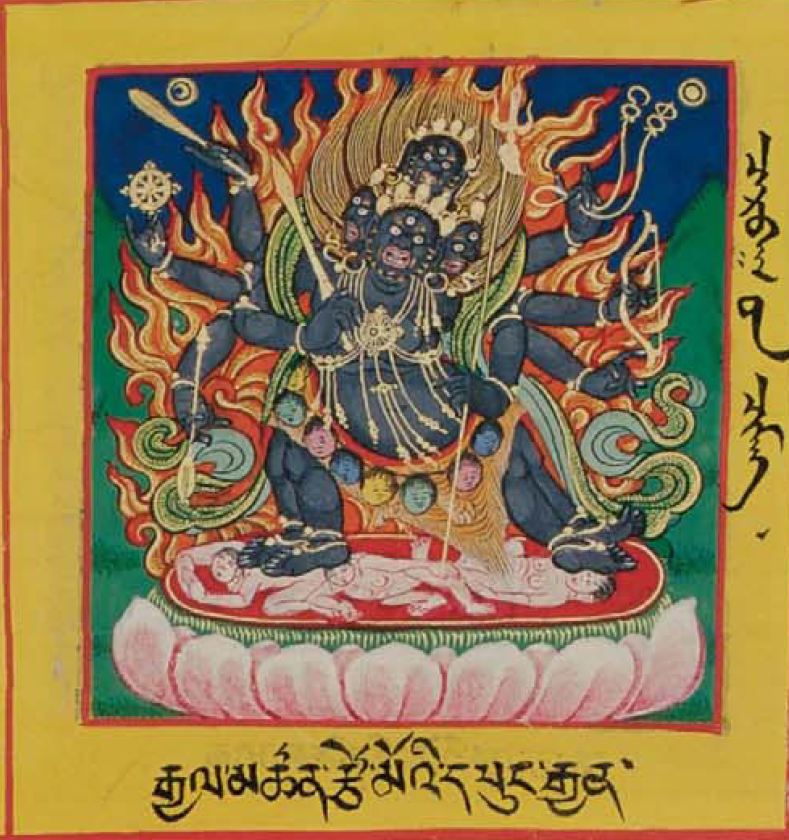 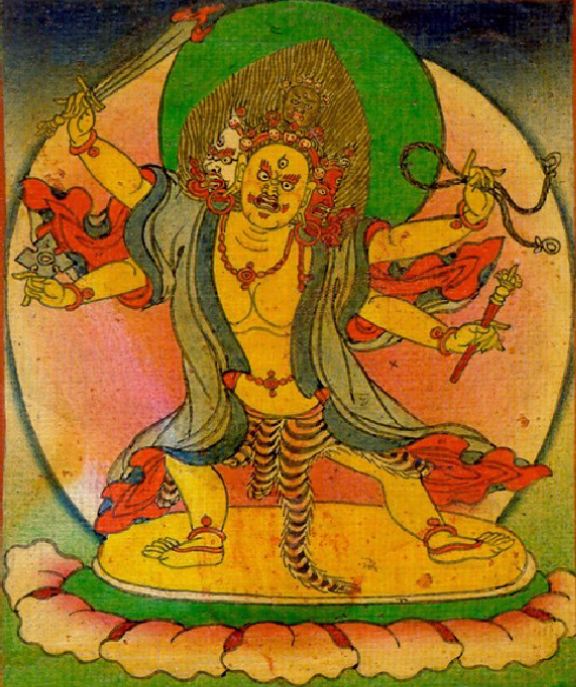