Chemchok Heruka has twenty-one heads and forty-two hands. The two principal hands hold Samantabhadra and Samantabhadri. His twenty hands on the right side hold the five buddhas of the five families, the eight bodhisattvas, the four male gatekeepers as well as three of the six munis – those who emanate in the three higher realms. And the twenty left hands hold the five buddha consorts, the eight female bodhisattvas, the four female gatekeepers and the three munis who emanate in the three lower realms. The deities in the right hands are all male and the deities in the left hands, with the exception of the three munis, are all female. These forty-two deities are the peaceful deities of the mandala of the hundred peaceful and wrathful deities.

Mahottara (chem chog) is the principal heruka of the wrathful sambhogakaya deities of the Nyingma tradition. He is dark brown in appearance, wrathful, with three, nine or twenty-one faces. He has six, eighteen, or forty-two arms. He has two or eight legs standing atop the figure of Rudra. In art, both painting and sculpture, it is possible to find a simple one face and two armed form of Mahottara although this is rare. The three main forms of Mahottara are the three, nine and twenty-one faced deities.

There are several names, both Sanskrit and Tibetan, that are commonly used and often interchangeable which can lead to confusion in identification: Mahottara, Chemchog, Yangdag, Shri Heruka, Samputa, and possibly Buddha Heruka.

There are two different forms of the three faced Mahottara based on hand attributes. The first holds a vajra scepter in each of the three right hands. The three left hands each hold a skullcup. The second style is where the right hands hold a vajra, hand drum, and a katvanga staff. The three left hands hold a bell, lasso of intestines and skullcup. The colour of the consort can also vary. 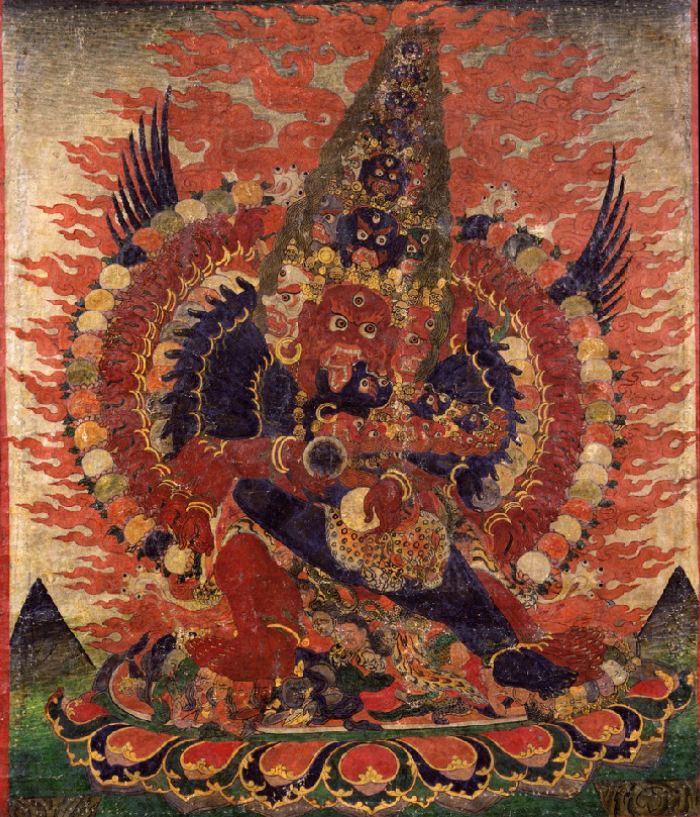 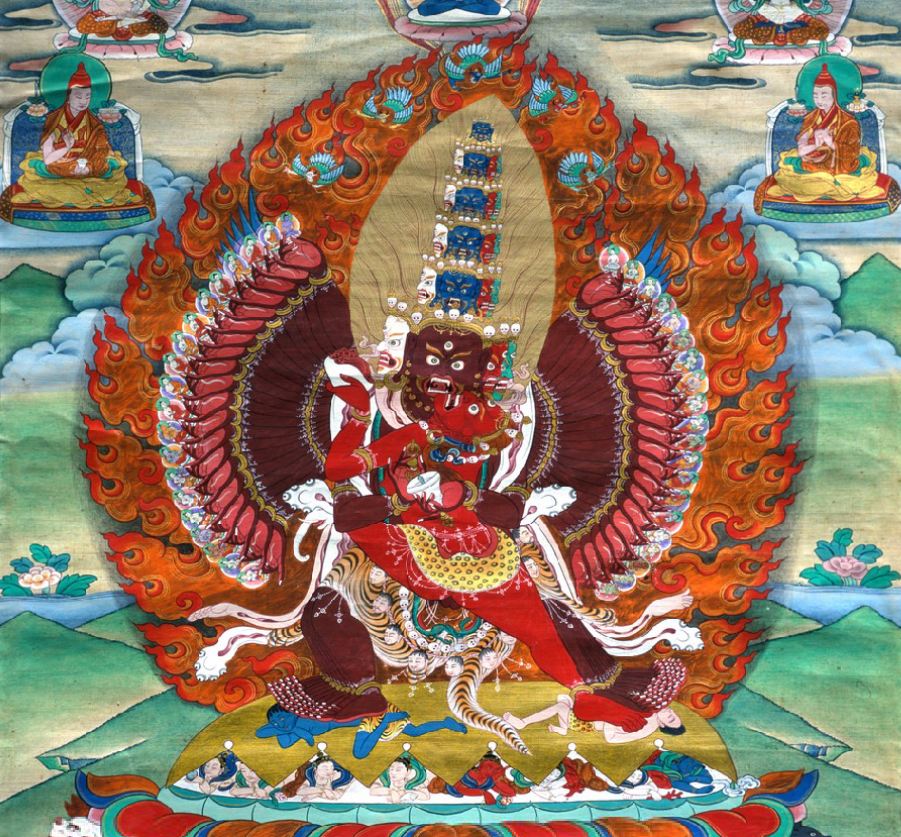 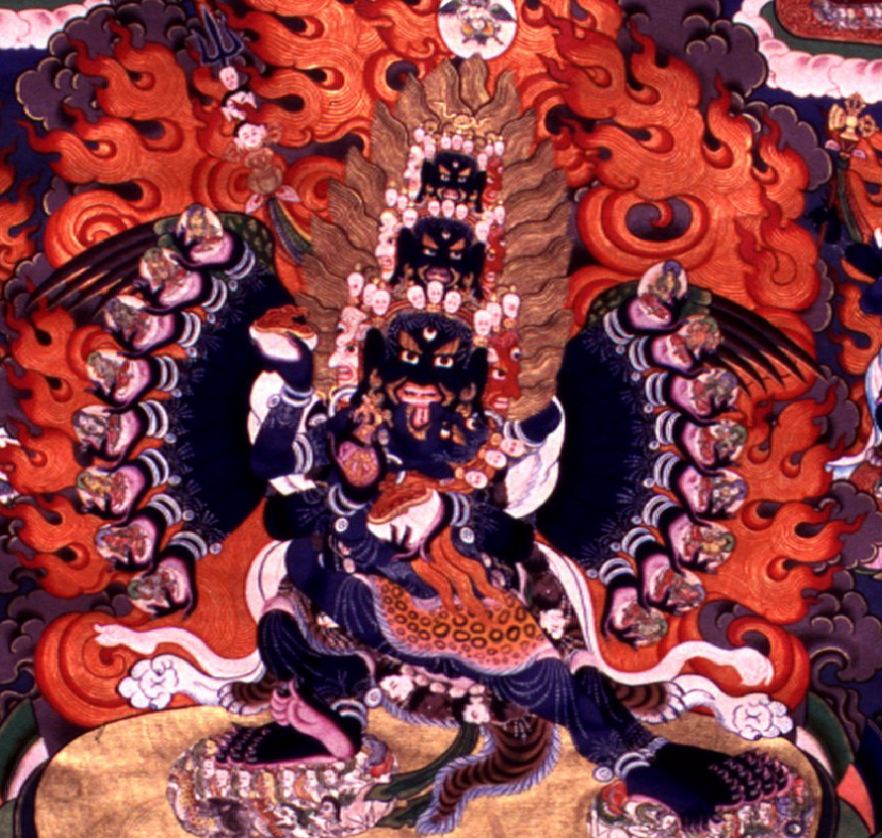 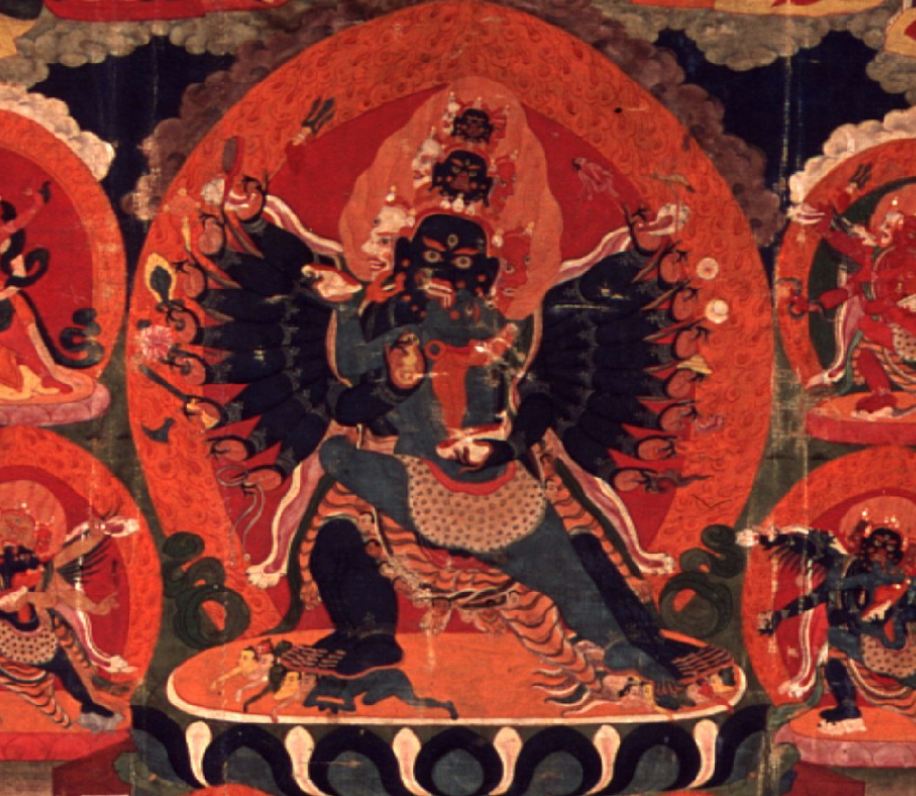 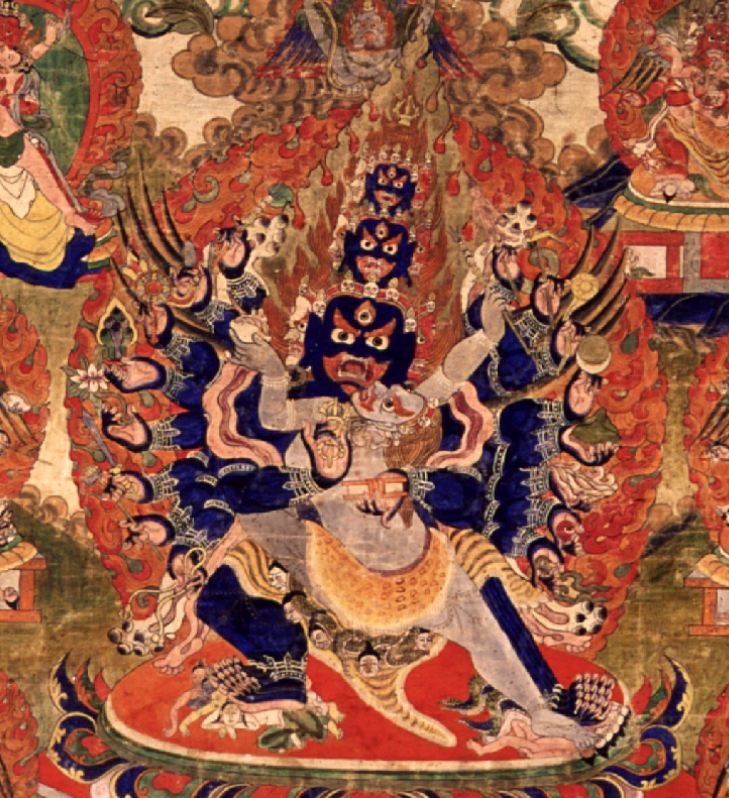 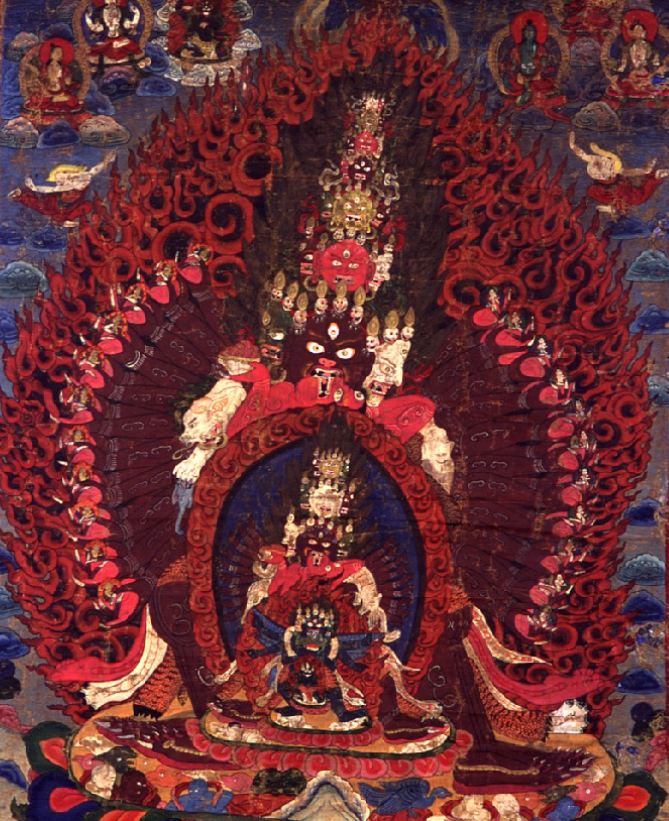 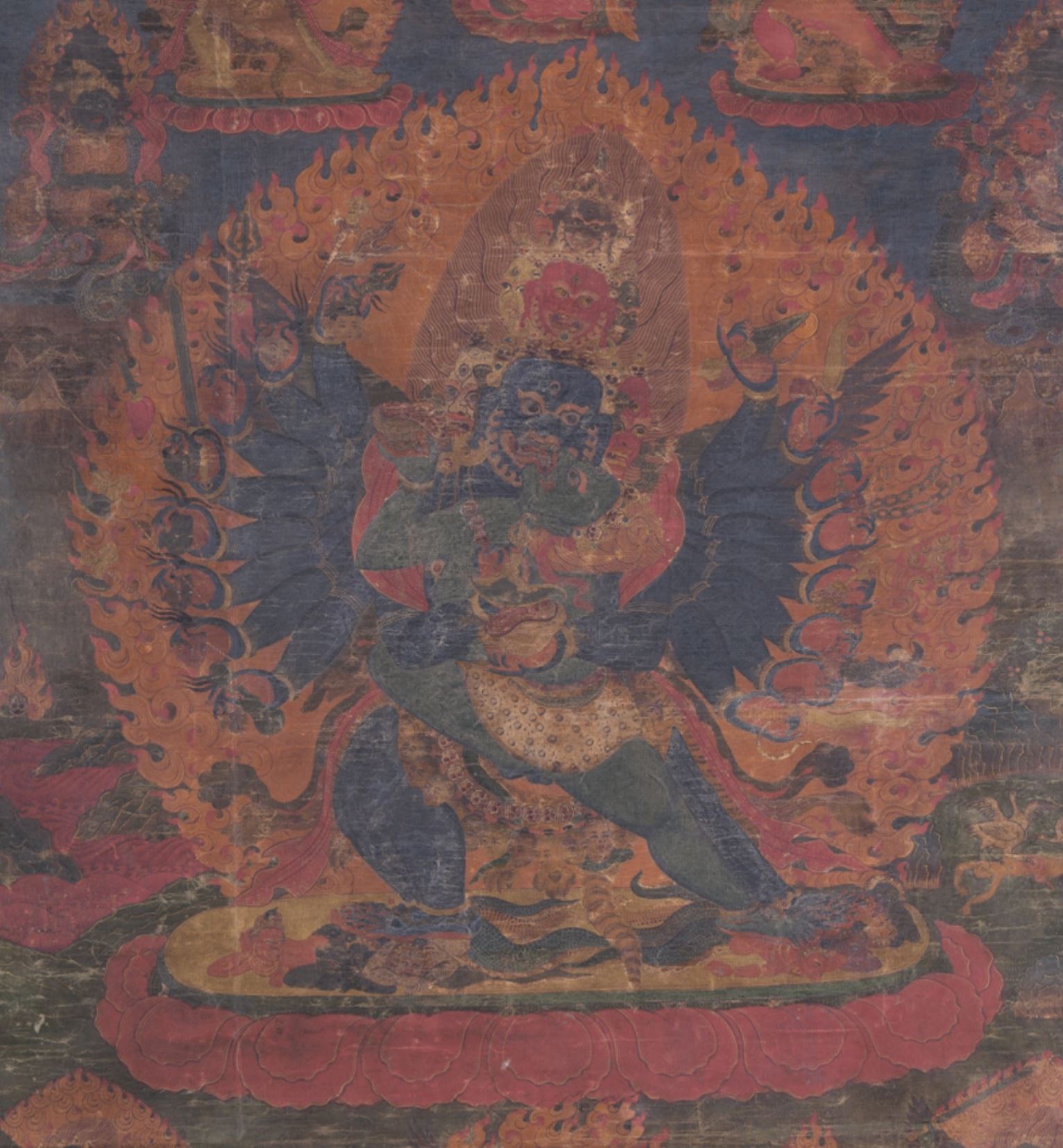 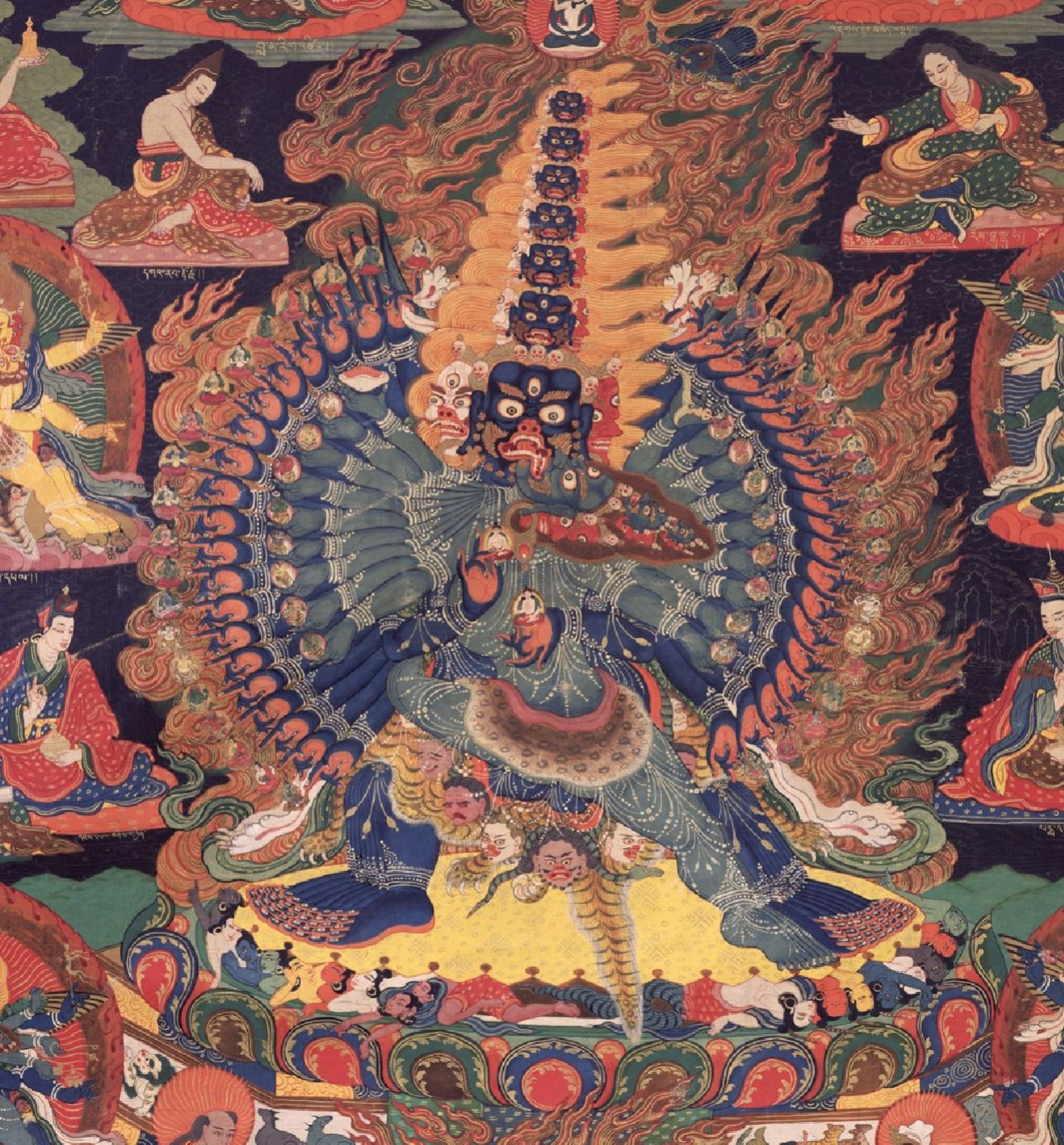 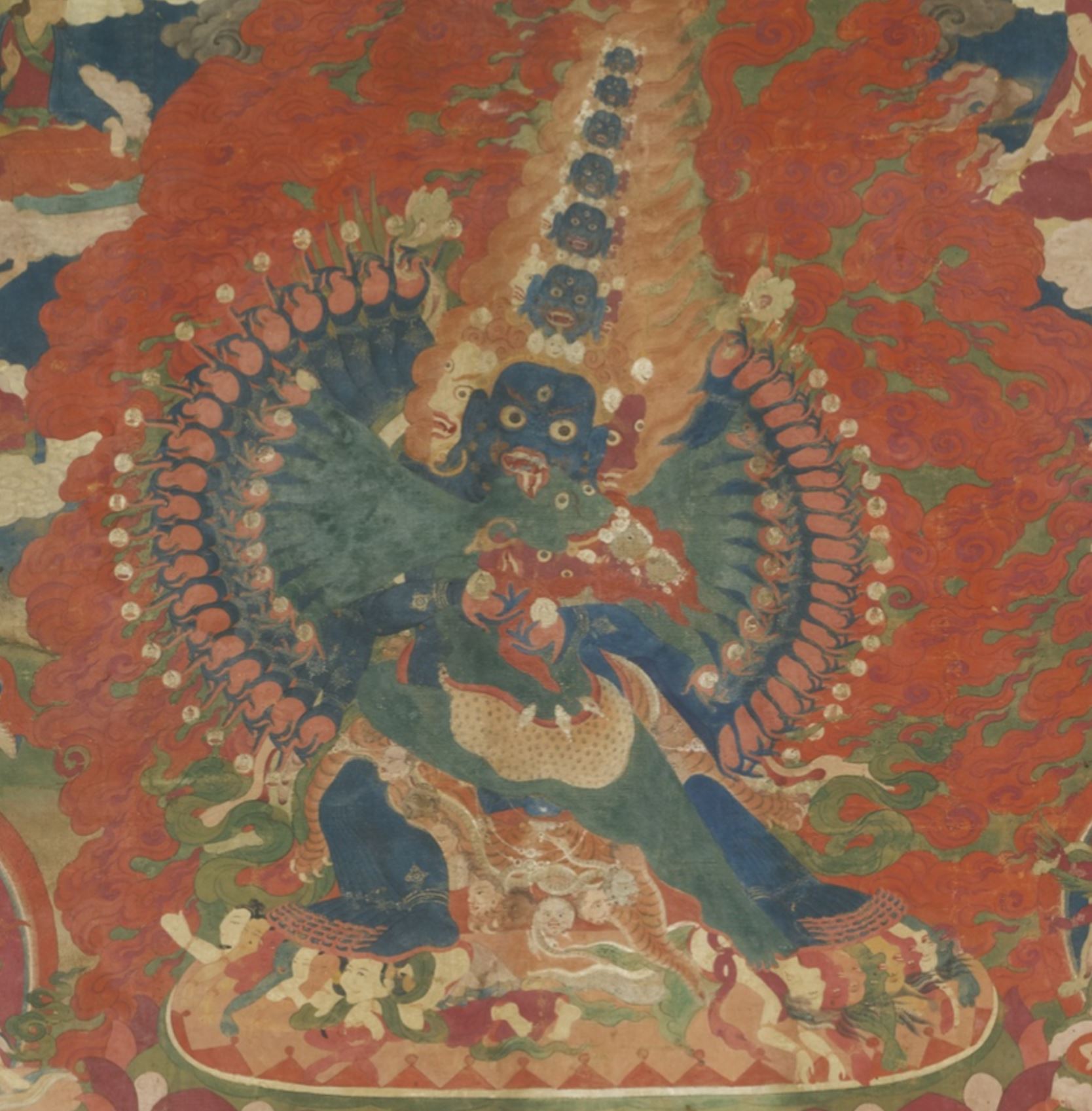 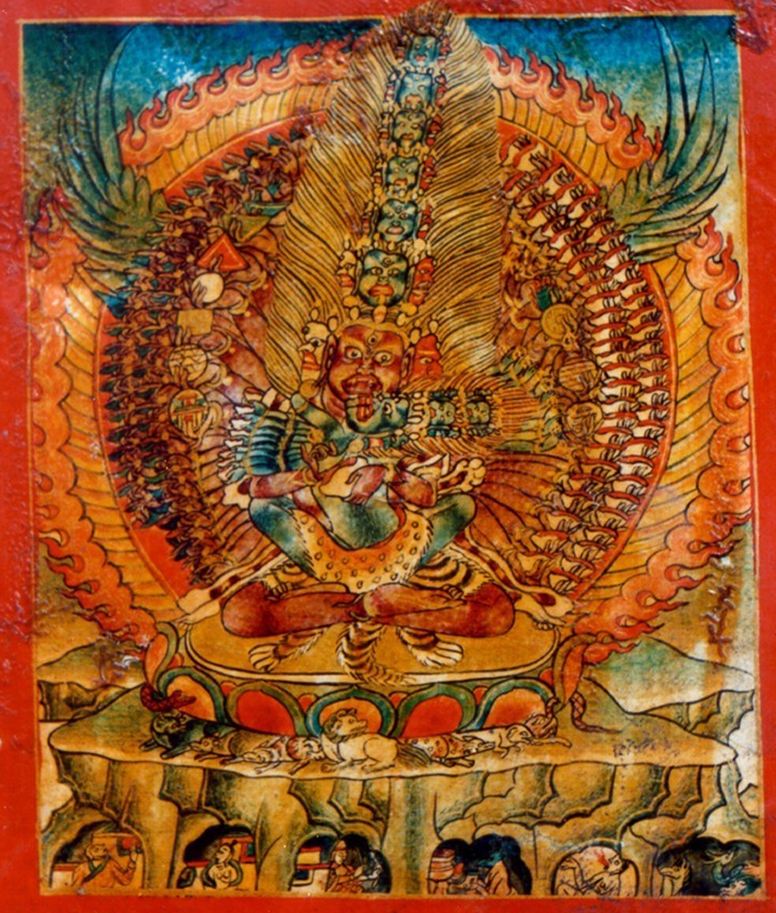 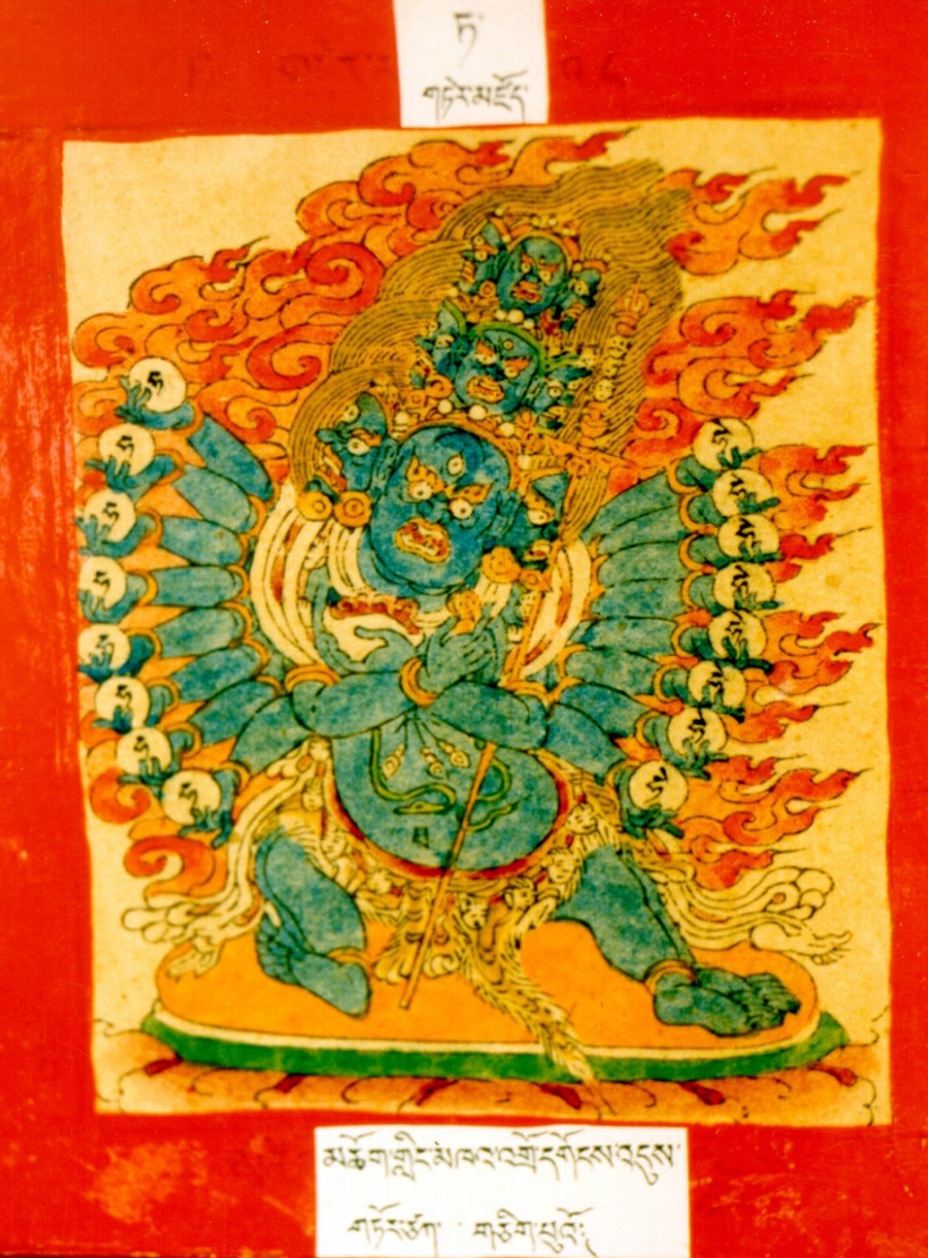 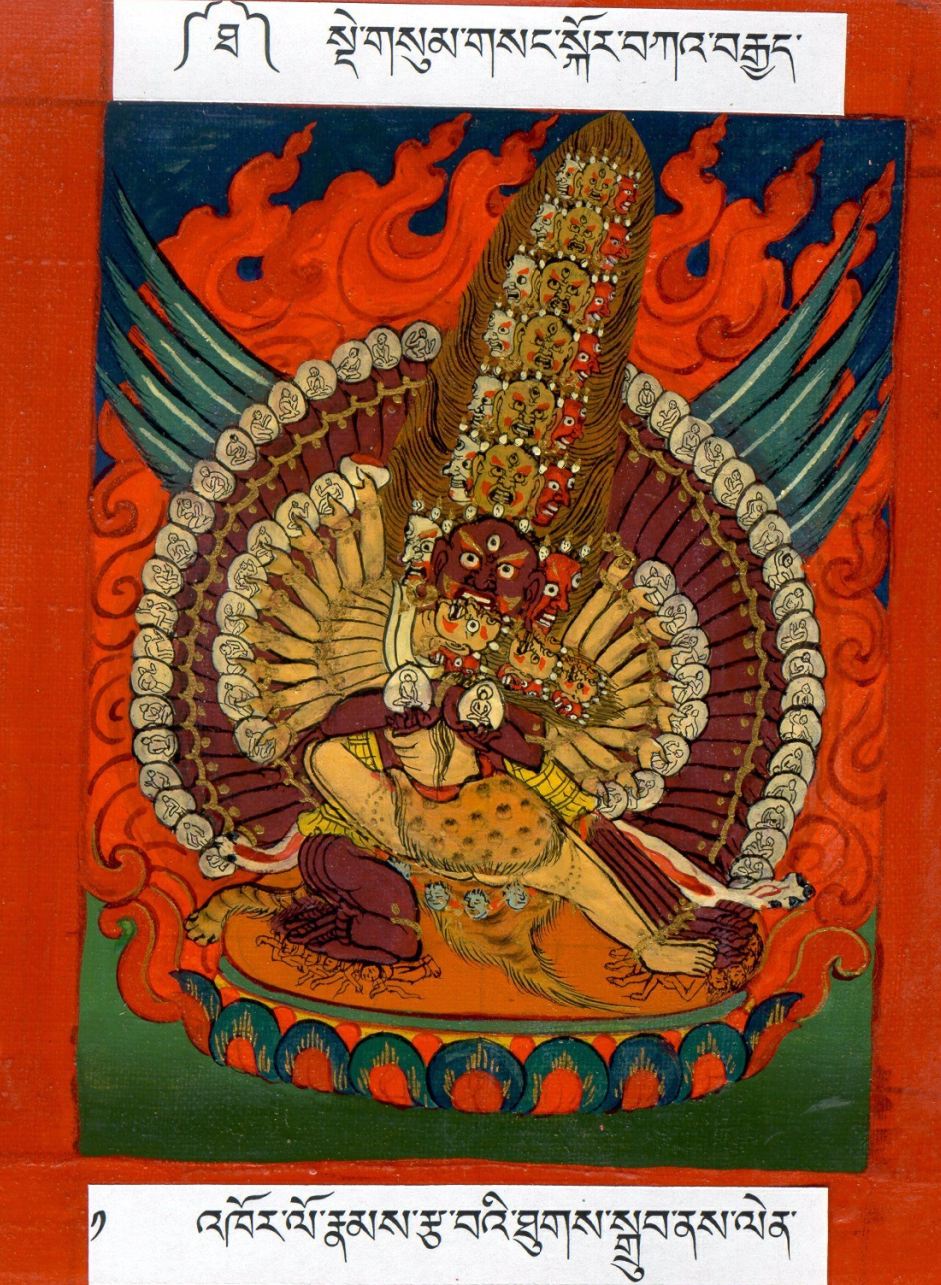