Dhritarashtra, leader of the Gandharva heavenly musicians, is a worldly guardian worshipped as a protector. He lives on the east side of the lower slopes of mount Meru in the Heaven of the Four Great Kings. Like the other Direction Kings, the leader Vaishravana, Virupaksha and Virudhaka, he swore an oath of protection before the buddha Shakyamuni. The stories and iconography of the Four Guardian Kings arose originally with the early Buddhist sutras and became fully developed with the later Mahayana. They are common to all schools of Tibetan Buddhism.

The contexts in which Dhritarashtra appears in visual artistic form are very narrow. The first is as a member of the twenty-five figures that comprise the complete set of Shakyamuni Buddha and the Sixteen Elders. The second context is in the group of Four Kings as presented and painted as murals at the outer entrance to Buddhist temples. Worldly deities and gods traditionally are not permitted inside Buddhist temples. The third context is found with mandala paintings where the Four Great Kings are included as secondary deities, door guardians or in the outer retinue. 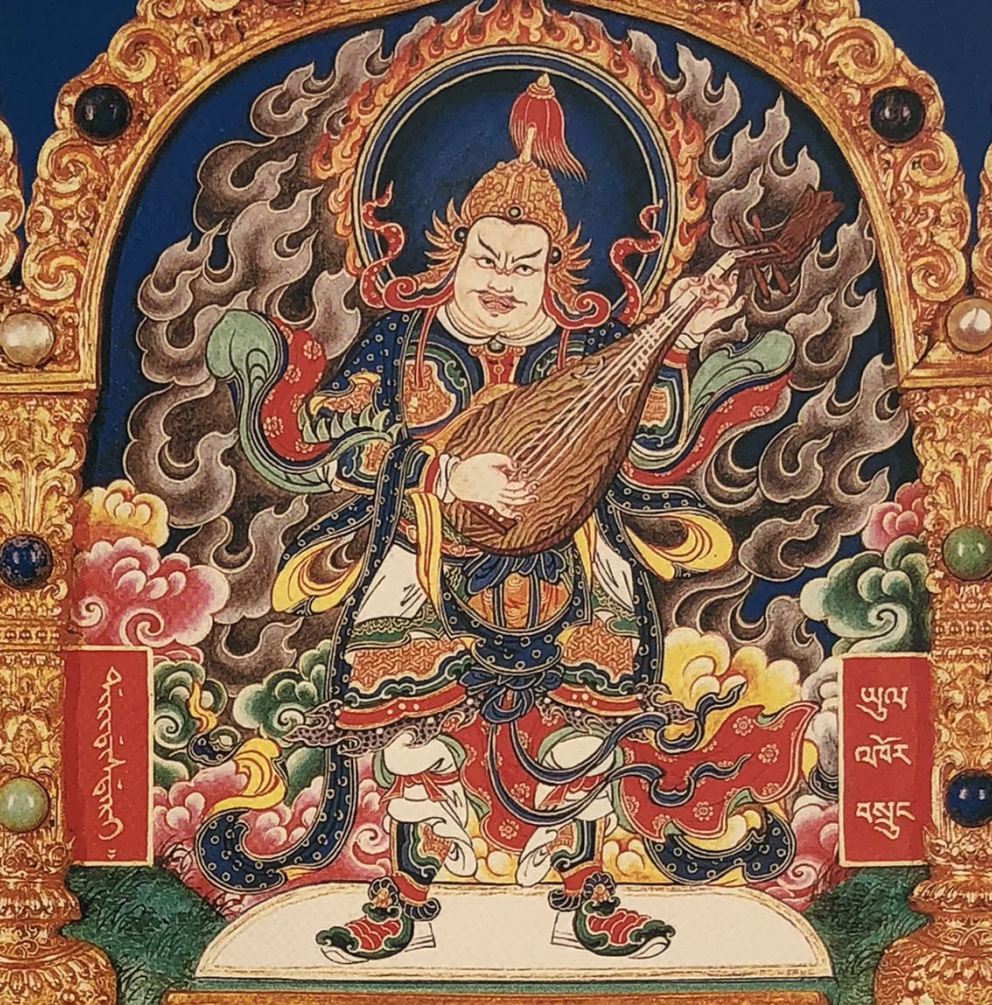