Bakula, the Elder (Sanskrit: Sthavira Bakula): the 9th arhat from the set of 16 great arhats, principal students to the buddha Shakyamuni.

"To the noble elder, the great Bakula of Northern Kuru, surrounded by a retinue of 900 arhats; to the feet of all those I bow." (Sakya liturgical text).

Living as an ascetic, late in age Bakula embraced the Buddhist path after meeting with the Tathagata Shakyamuni. Receiving ordination as a monk and renowned for having a deep faith he quickly attained the level of an arhat. The special blessing that he bestows is the basic material needs and requisites for anyone seeking to follow the path of Buddha. The Elder Bakula is most commonly portrayed holding a mongoose, however there are several different and varying traditions graphically depicting the arhats. The Sixteen Great Arhats are almot always painted as a set. Typically the full group would include the buddha Shakyamuni, the 16 arhats, the attendant Dharmatala, the patron Hvashang and the Four Guardians of the Directions: Vaishravana, Virupaksha, Dritarashtra and Virudhaka. 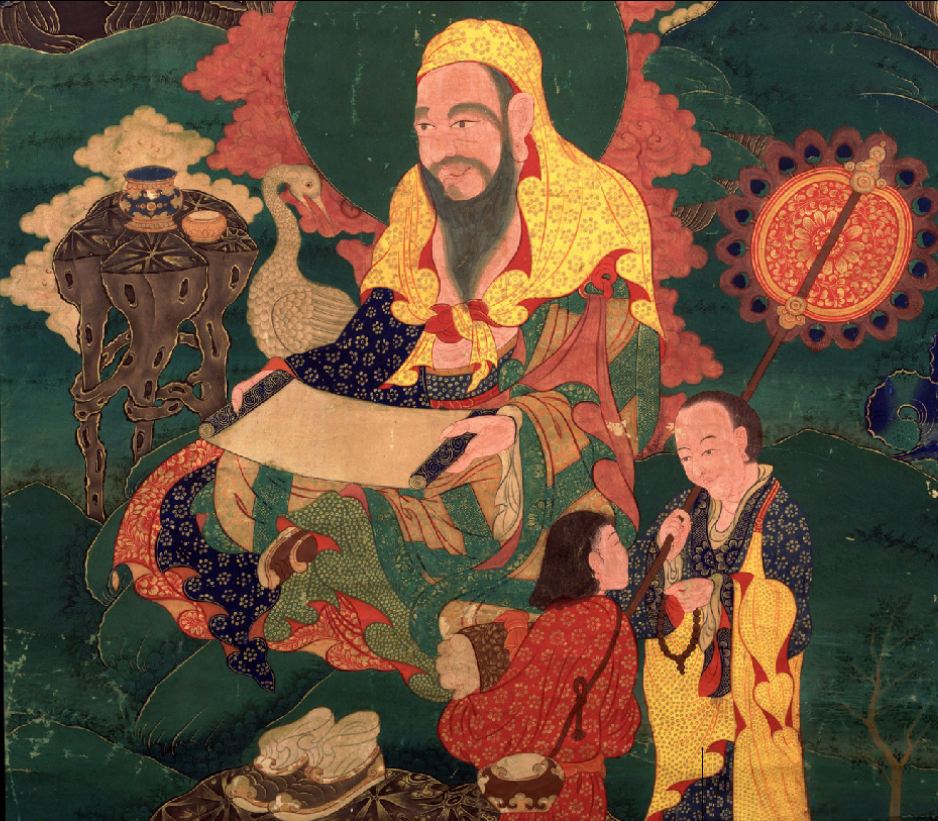 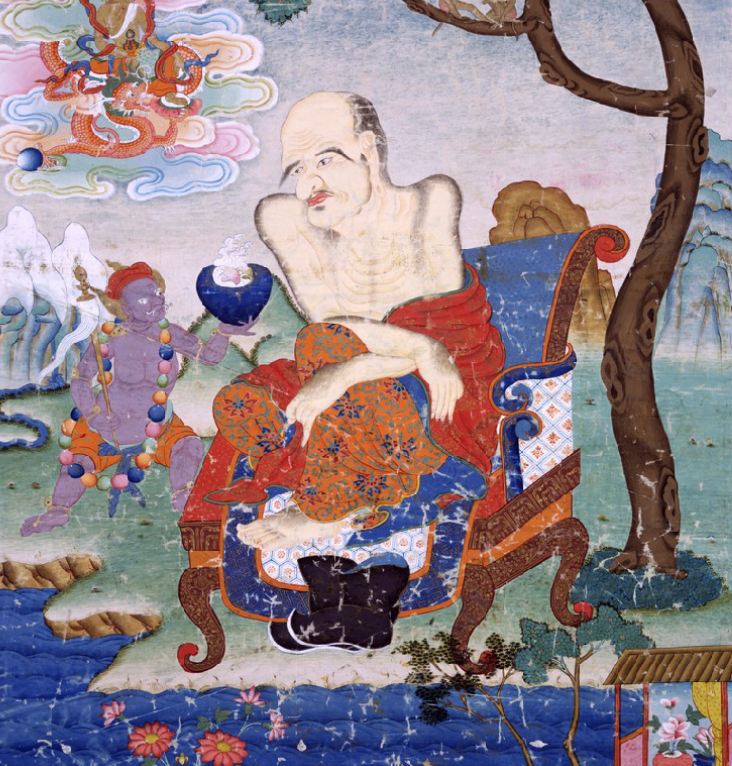