检索到 特殊本尊-无敌明王（Aparajita） 本尊2位
Aparajita, meaning ‘unconquered,’ is the name of a male deity sometimes characterized as a protector and sometimes as a wealth deity. He is often found in the lower registers of Taglung painting compositions up to the late 14th century. Aparajita is also found in some groups of the Ten Wrathful Ones.


"[Above] a lotus and sun and the tip of the trunk of Ganapati, ...Arya Aparajita, with a body yellow in colour. The right [hand] is held aloft with the palm extended. The left, a wrathful [gesture] together with a lasso, held at the heart. Having three eyes and bared fangs. Having jewel ornaments and garments of silk. Standing in a manner with the left leg extended. Surrounded by Brahma and the like, and a collection of gods holding umbrellas." (Konchog Lhundrub, Drub Tab Gyatsa). 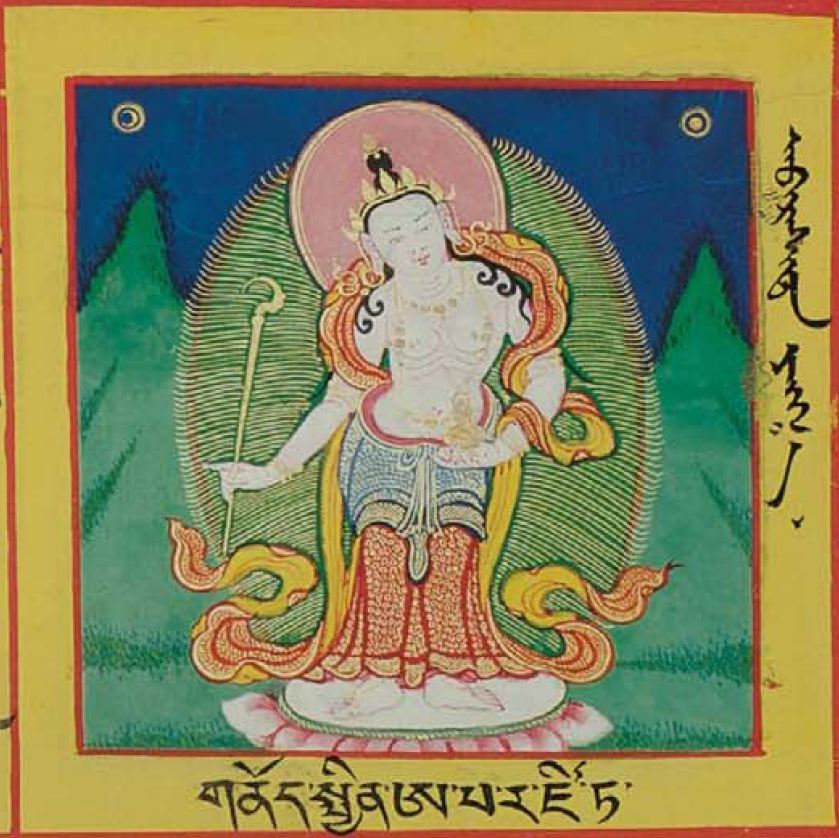