检索到 特殊本尊-宁玛嘿噜嘎 本尊17位
In the Nyingma (Old) Tradition the term Heruka (blood drinker) generally refers to any male meditational deity that is wrathful in appearance.

A Heruka deity typically has three faces, six arms, eight legs, a consort, and sometimes a pair of wings. A small number of these deities can be readily identified by a unique attribute, such as the horse head of Hayagriva or the kila (purba) peg of Vajrakila, and Yamari/Yamantaka standing atop a buffalo, while the remainder of deities are relatively difficult to identify. The most common heruka figures are the Five Buddha Heruka of the Guhyagarbha Tantra, the Five Wrathful Deities of the Between Sate (Bardo) based more or less on the Guhyagarbha, and the Eight Pronouncement Heruka. The most common individual forms found in art are Vajrakila, Hayagriva and Chemchog Heruka , etc.)

From the Guhyagarbha Tantra there are five or six heruka deities which are also the main wrathful deities represented in the Bardo (Shitro) paintings. 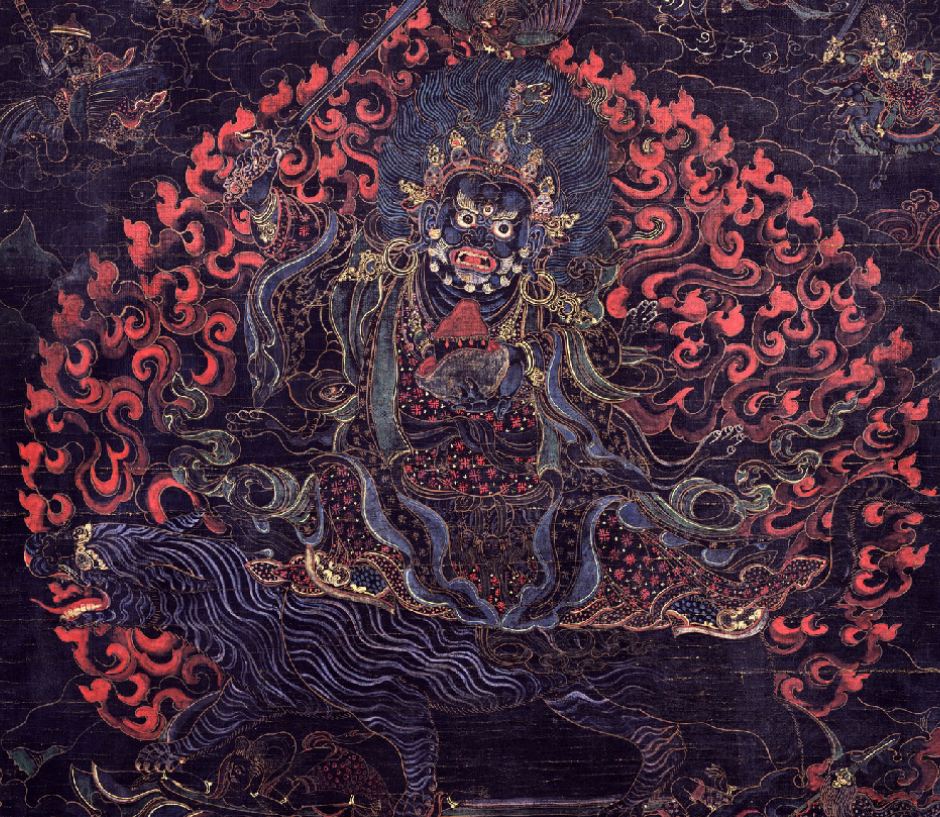 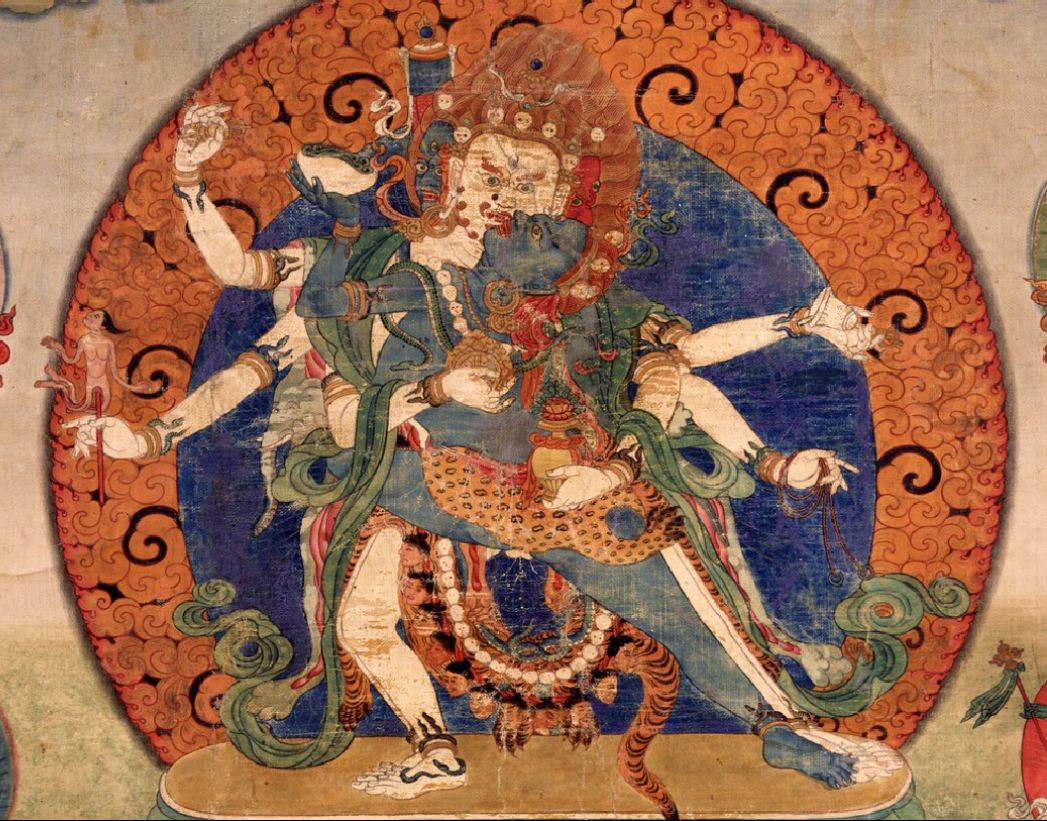 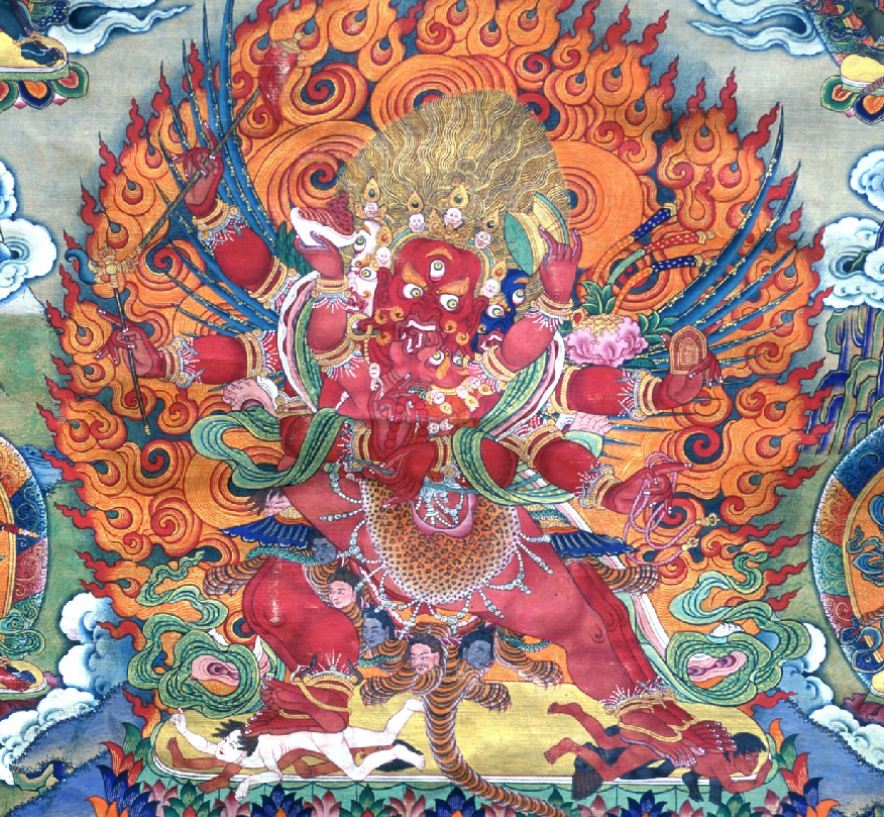 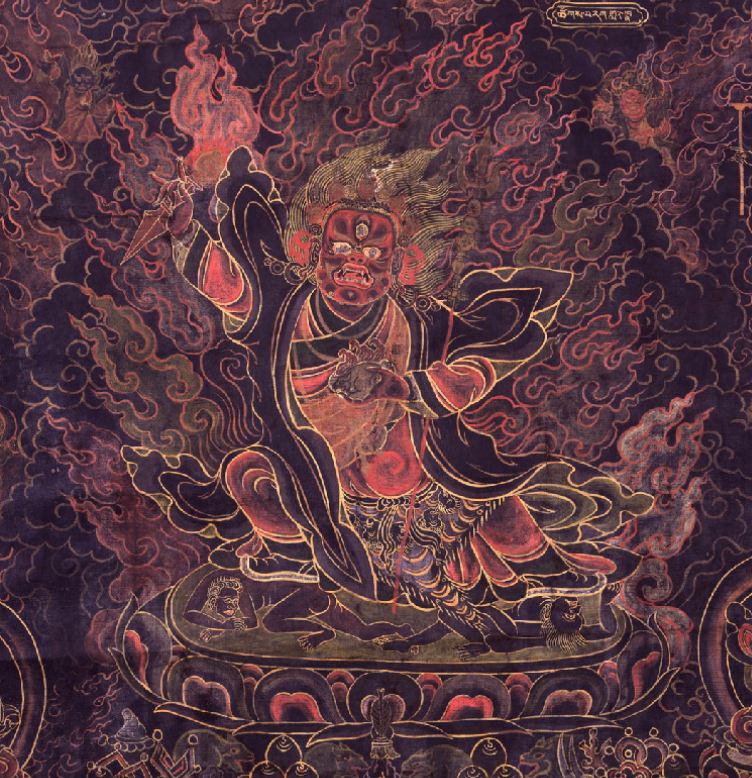 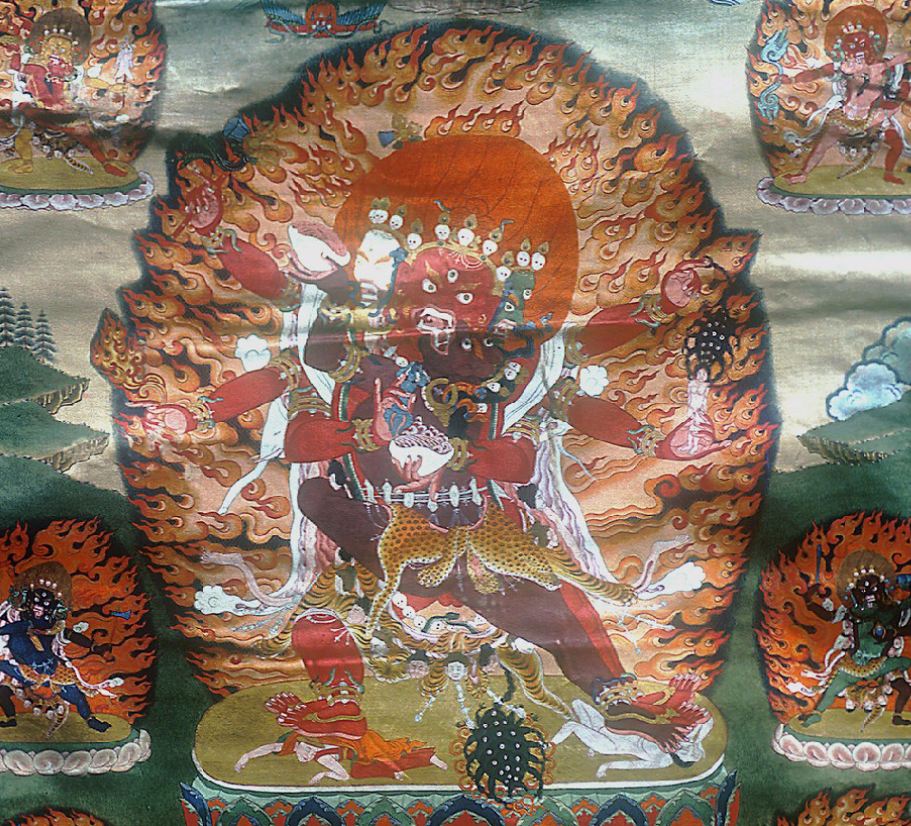 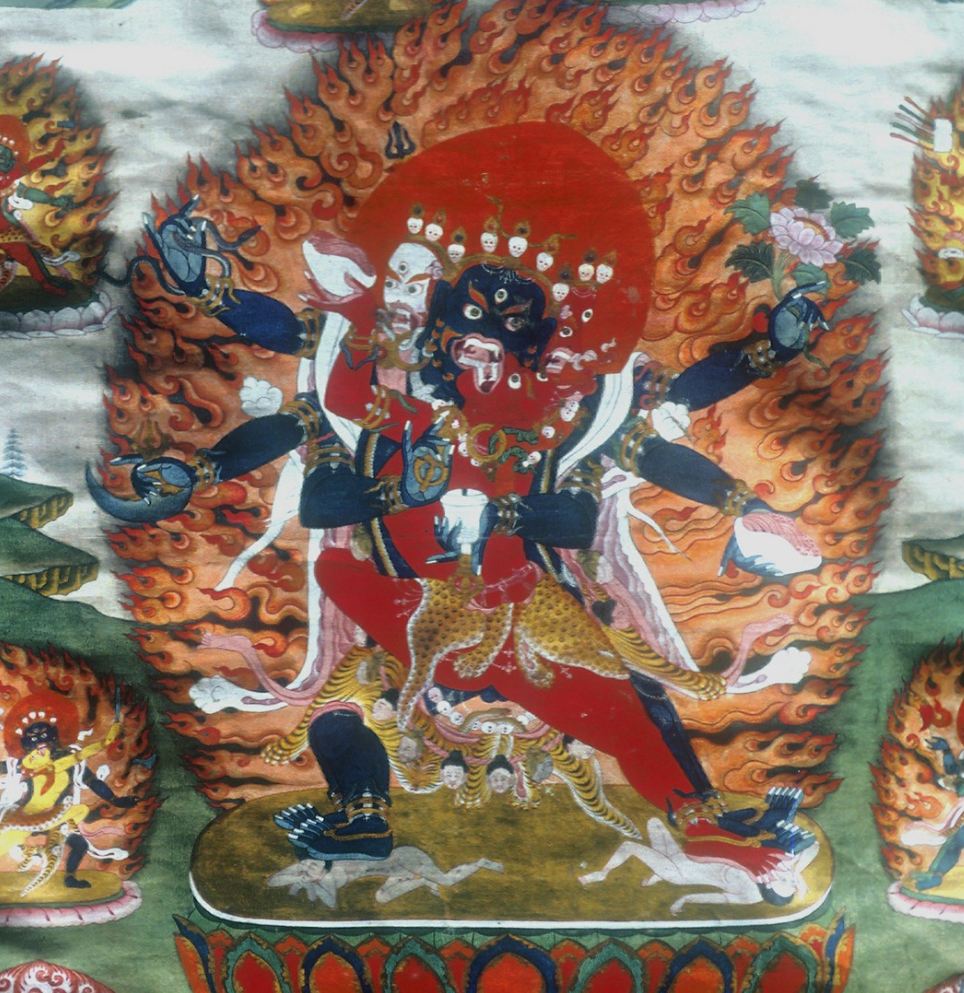 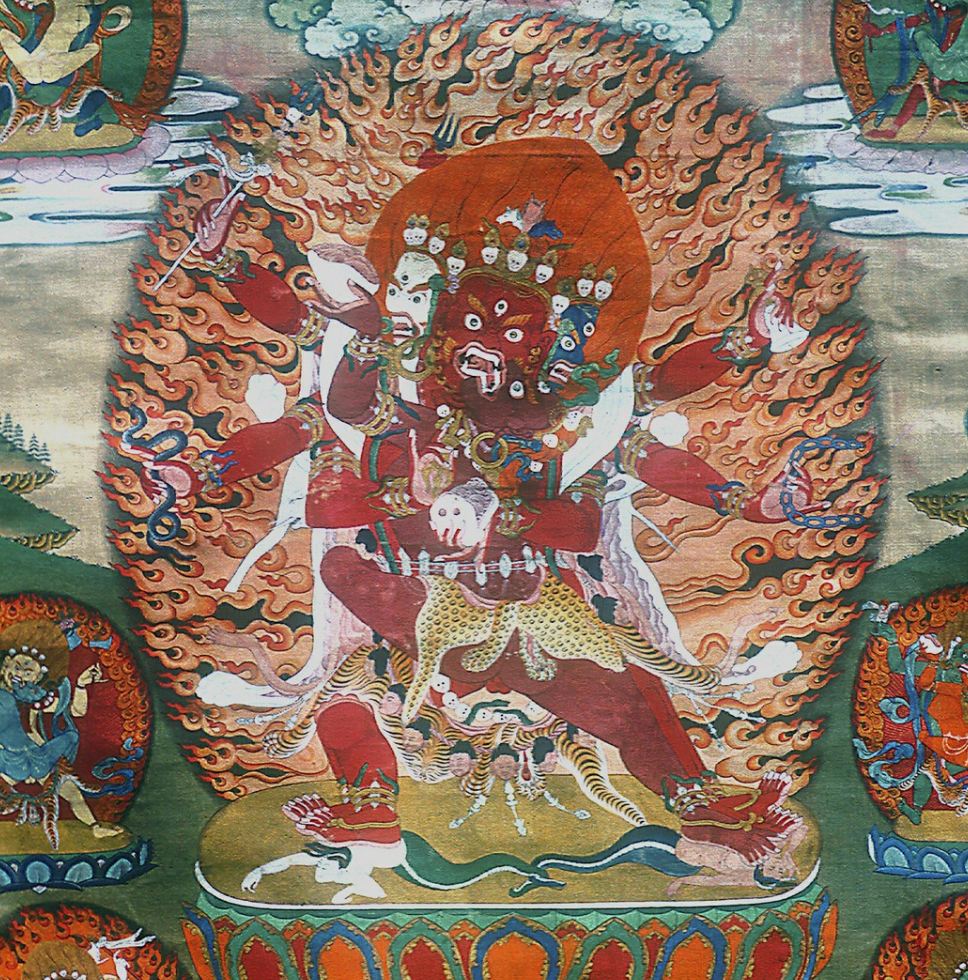 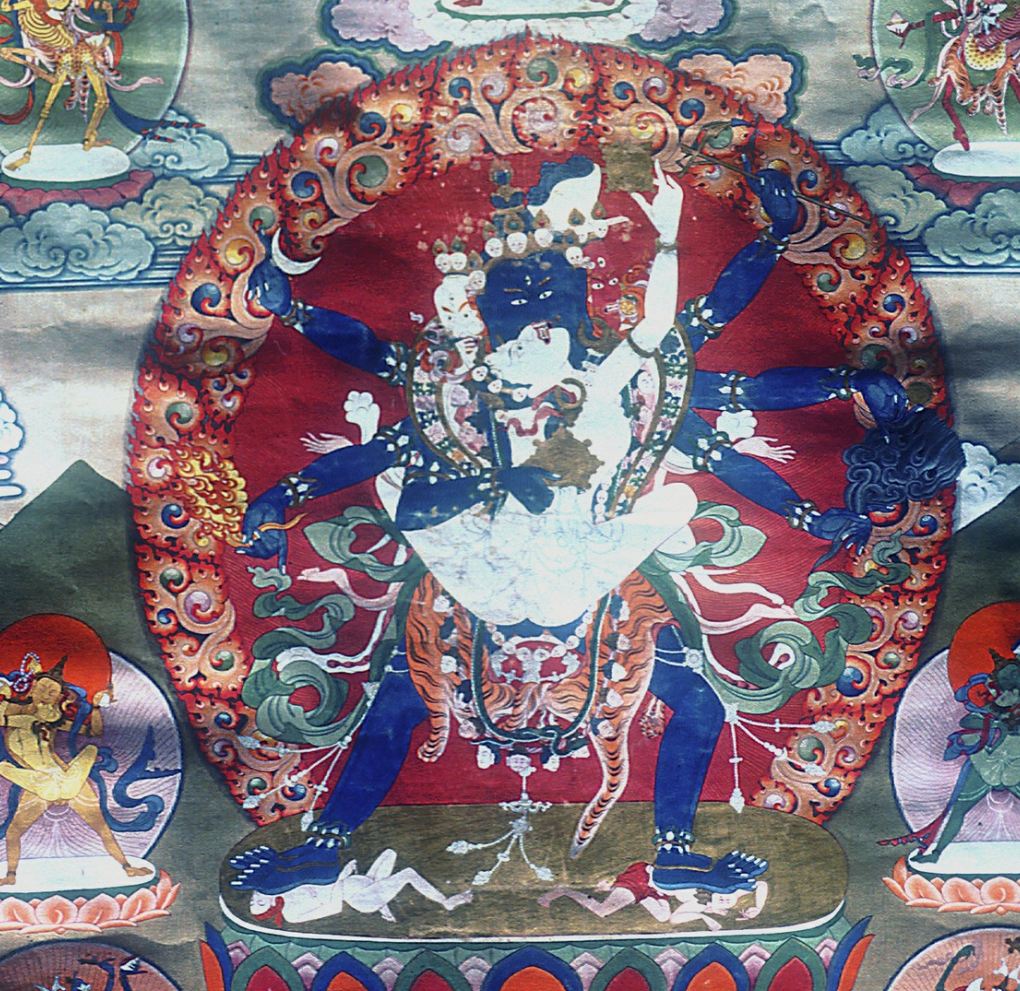 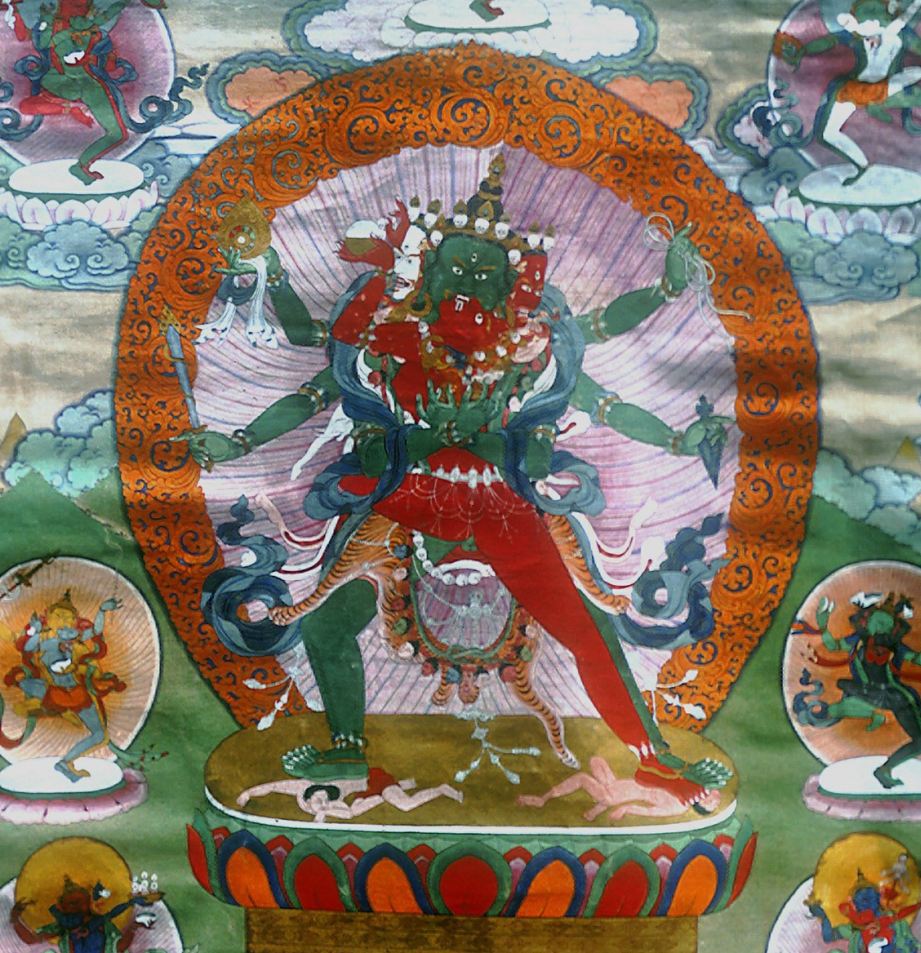 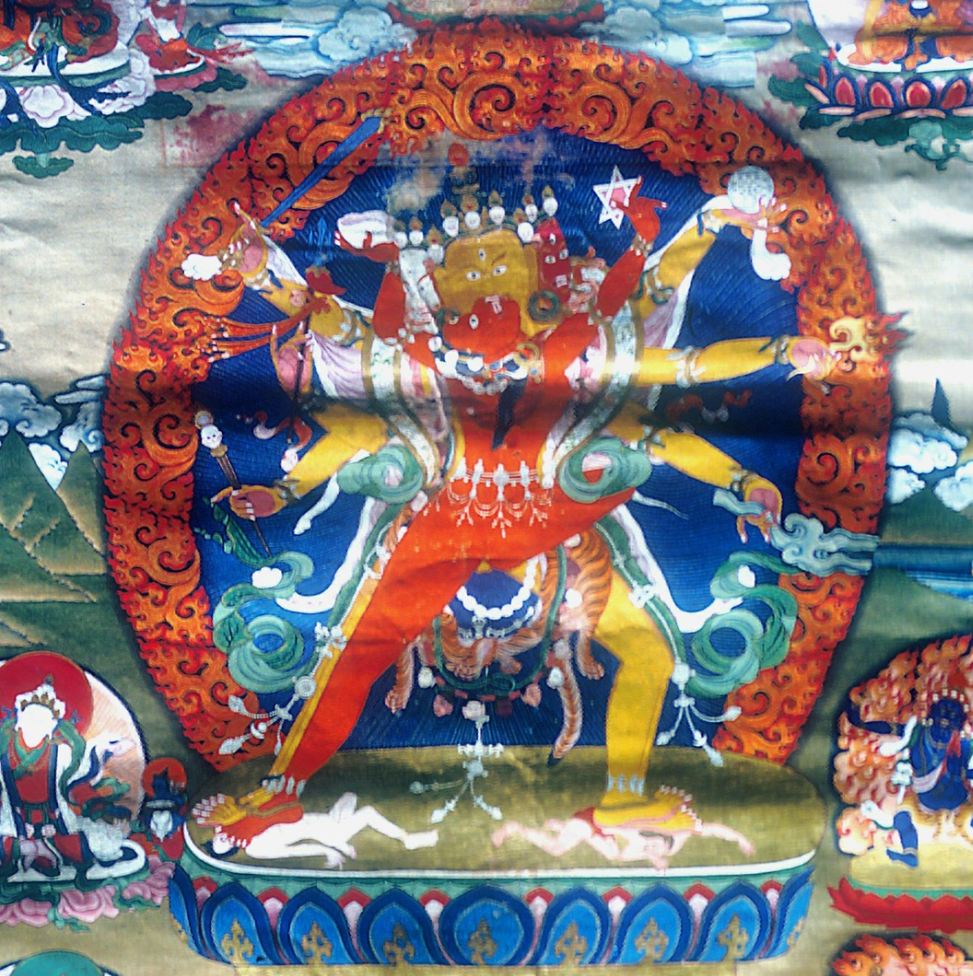 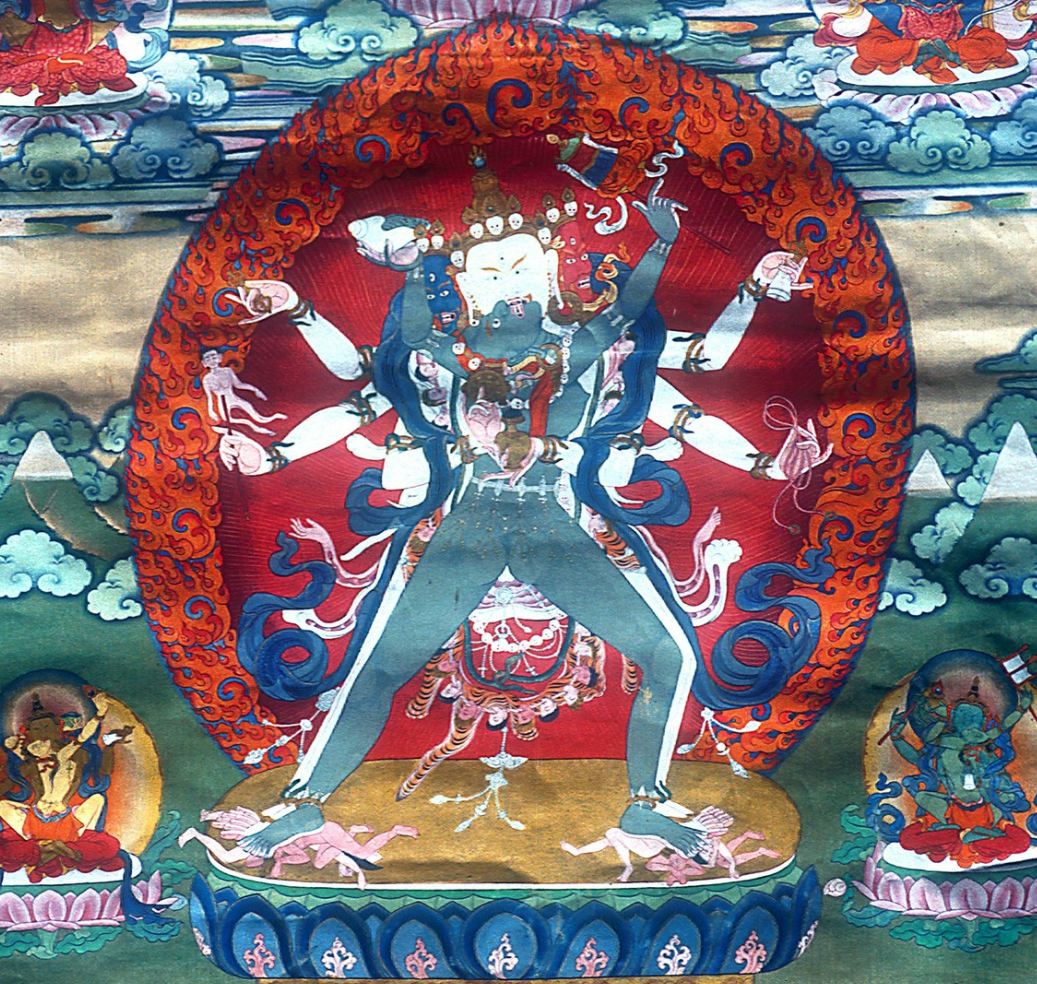 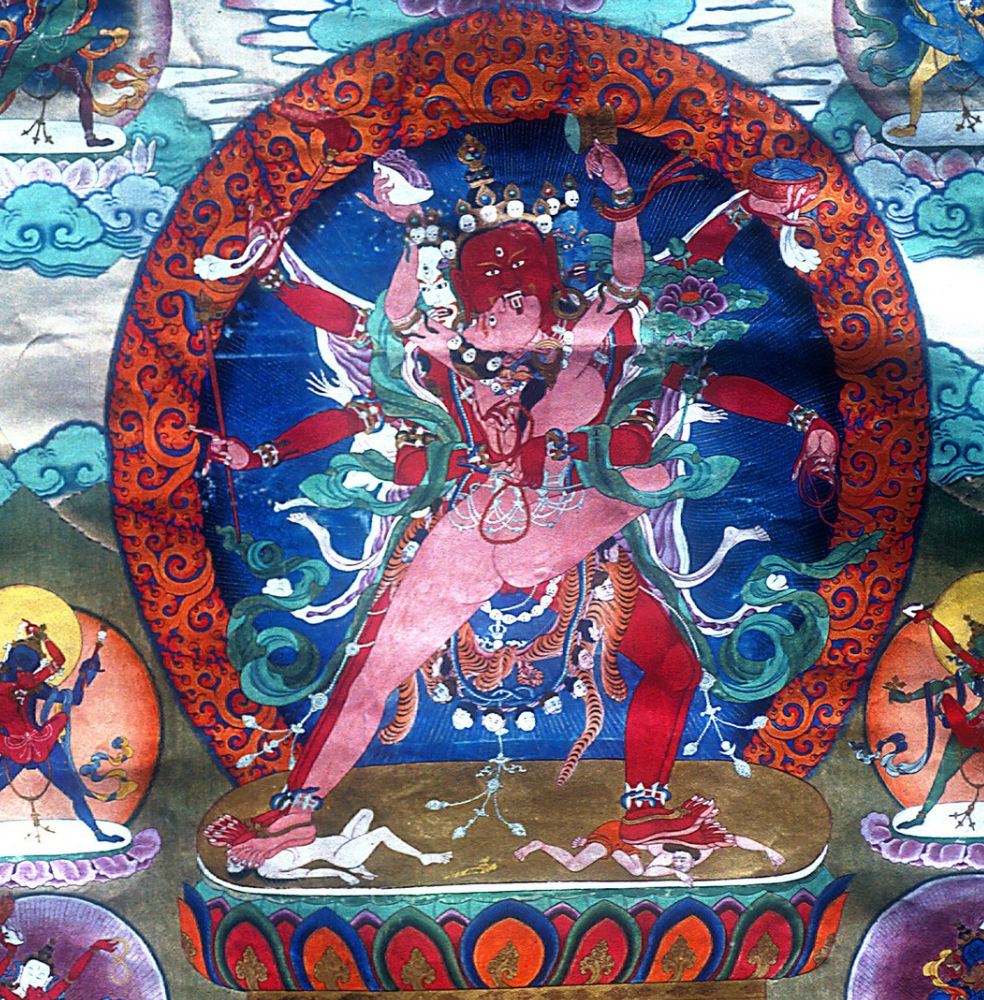 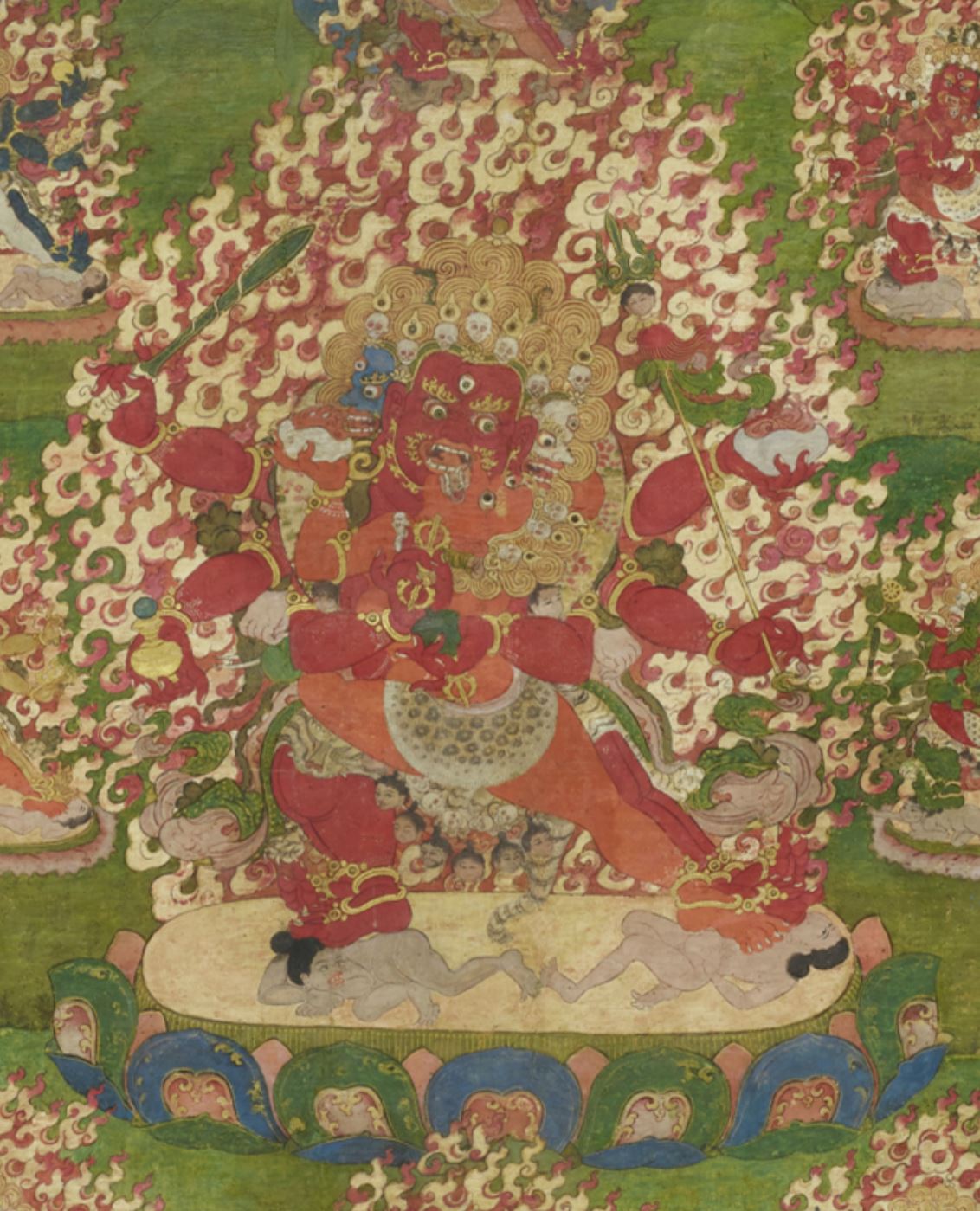 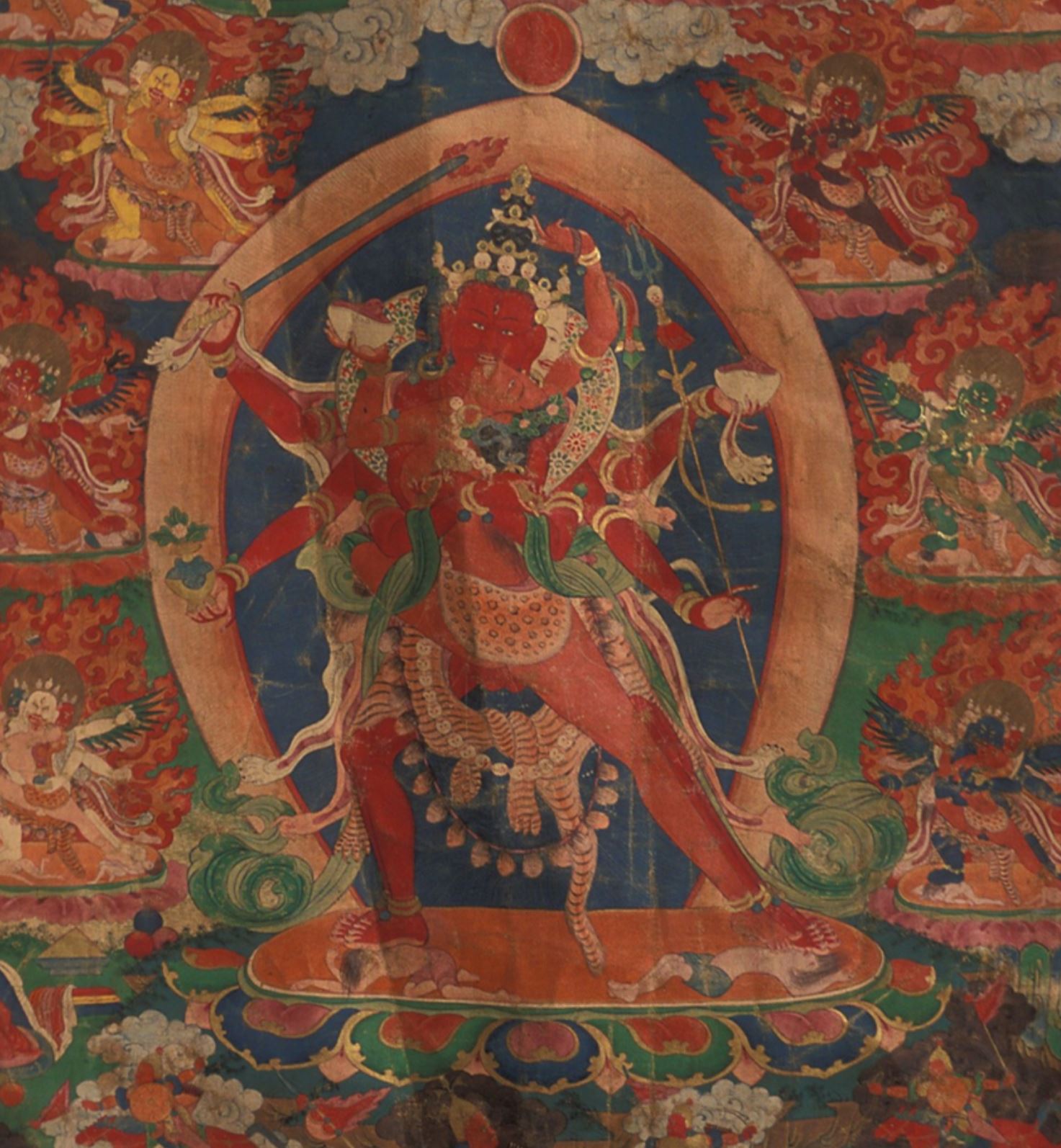 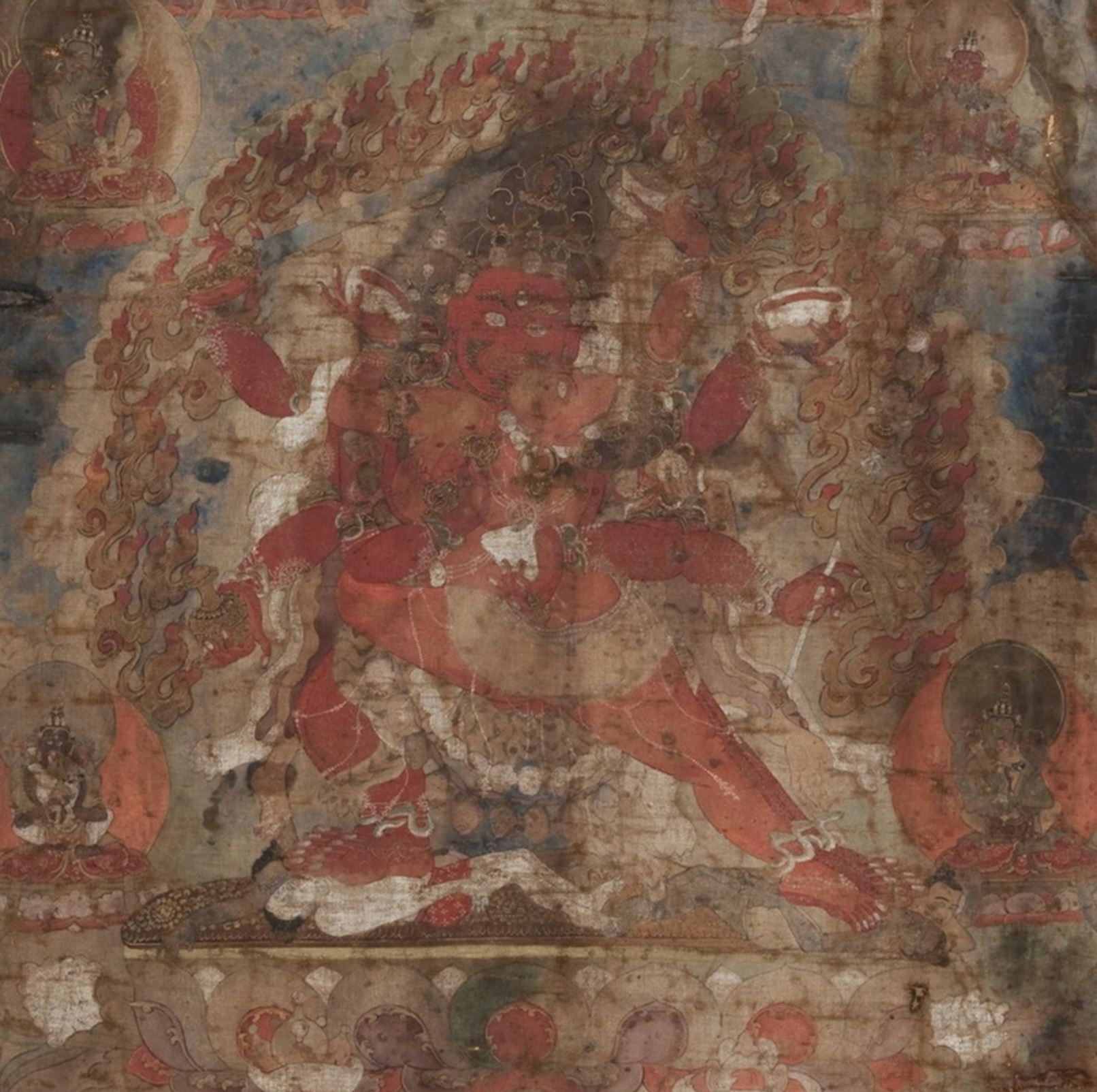 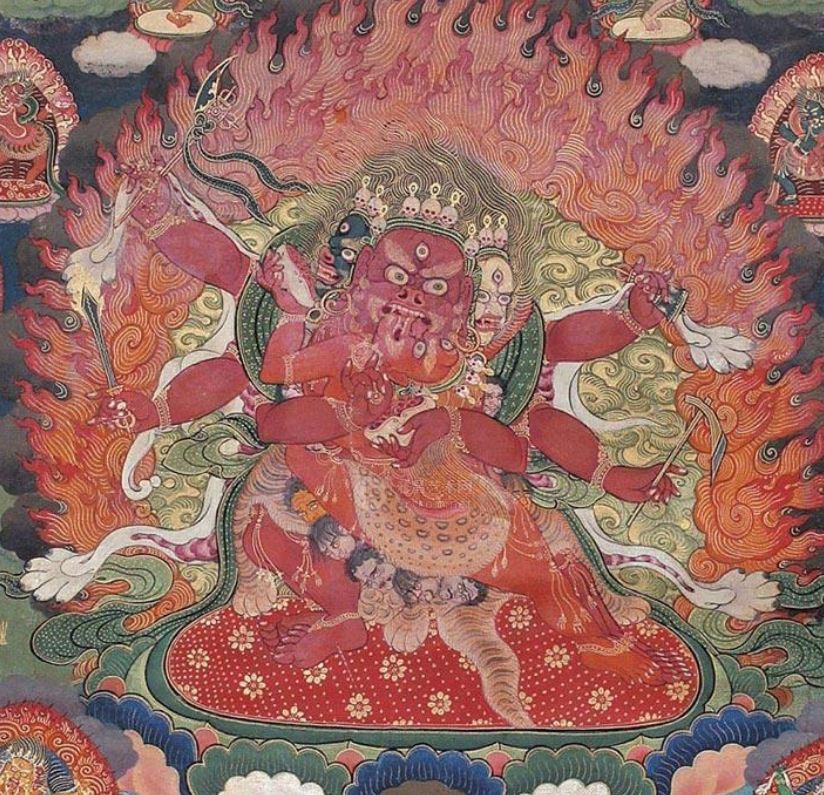