The Bamro Yab-Yum appear as two tall, thin, monkeys standing or walking on their hands and both holding upraised with their feet wrathful red triangular food offerings (torma). The Bamro are attendant deities to Shingkyong and generally appear in the same compositions and also can appear in paintings where Shingkyong is included as an attendant figure to Bernagchen Mahakala, Chaturbhuja Mahakala or Shri Devi. (The Bamro do not appear in all compositions of Shingkyong but it is understood that they belong to the entourage of retinue figures). 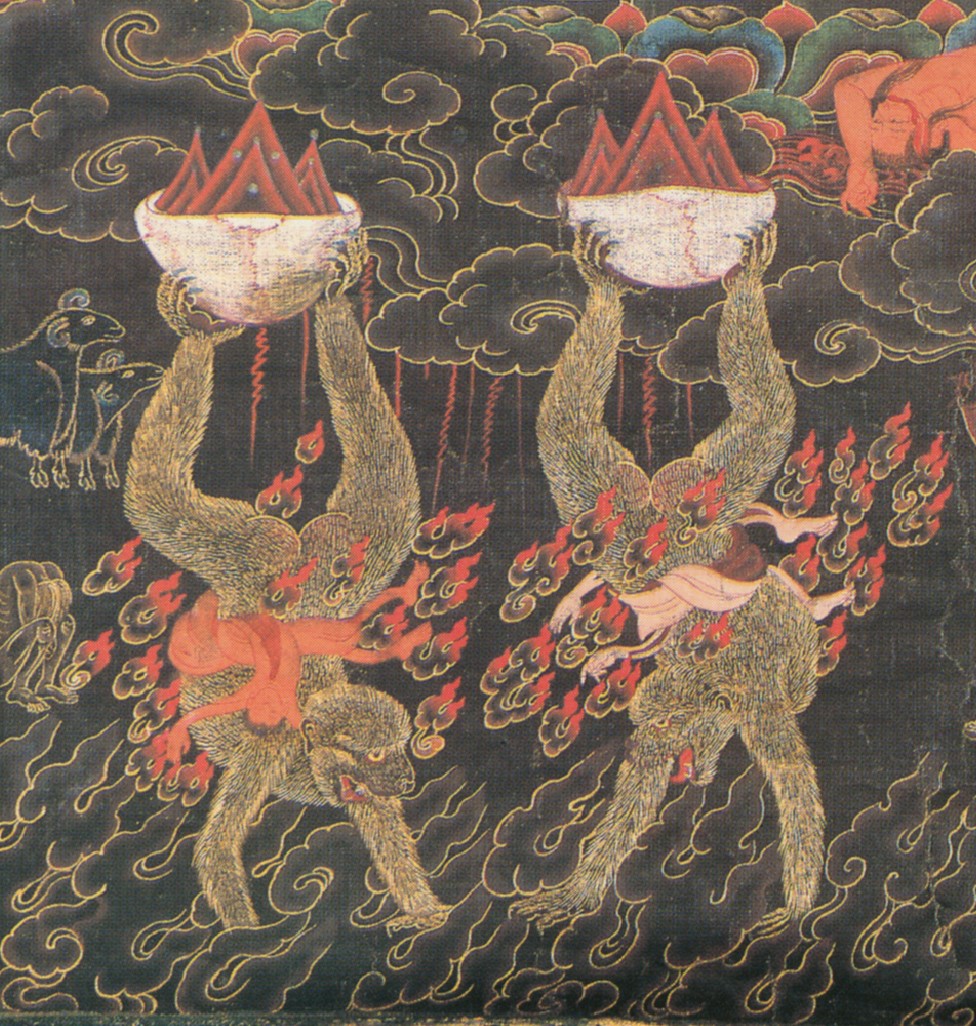