Vaishravana, leader of the Yaksha race, is a worldly guardian worshiped as both a protector and benefactor (wealth deity). He lives on the north side of the lower slopes of mount Meru in the Heaven of the Four Great Kings. As the leader of the Four Direction Guardians, he like the others, swore an oath of protection before the buddha Shakyamuni. The stories and iconography of the Four Guardian Kings arise originally with the early Buddhist sutras and become fully developed in the later Mahayana sutras. The Kings are common to all schools of Tibetan Buddhism. Paintings of the Four Kings are found as murals at the entrance way into temples or in sets depicting Shakyamuni Buddha and the Sixteen Great Arhats. They are rarely if ever painted alone or individually. 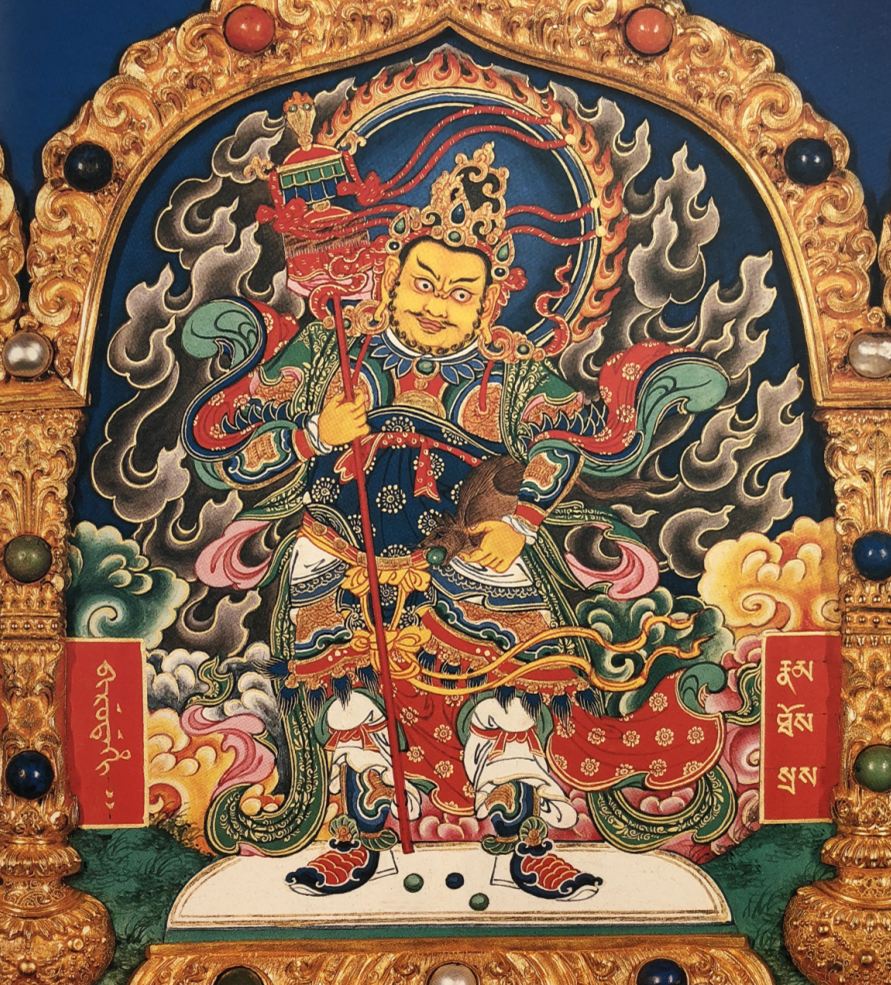