Pabongkapa, Dechen Nyingpo Jampa Tendzin Trinle Gyatso (1878-1941[TBRC P230]): the name of one of the most important Tibetan Gelugpa teachers in the early 20th century. He was associated with Sera Monastery where he acquired his Geshe degree. He was also the Tibetan teacher that popularized the controversial protector deity, and or spirit, Dorje Shugden in the early to mid 20th century. Since the 1980s this protector has been banned by the 14th Dalai Lama. 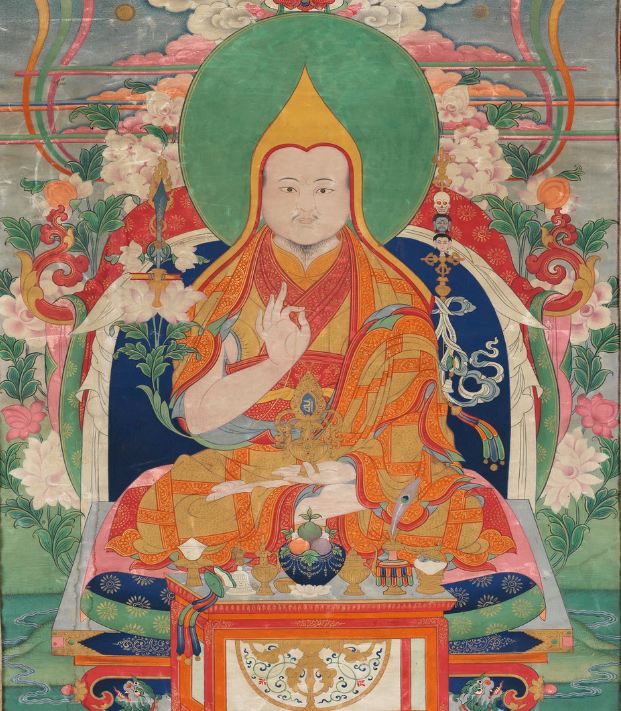