There are a number of different forms and traditions of the wealth deity Jambhala. He is found in five principal colours: yellow, black, white, green and red. The most common are the yellow and black Jambhala forms followed by the red and white forms. Some of these forms can also have several different appearances with varying numbers of hands and heads. If Jambhala is appearing with a consort it is is almost always the goddess Vasudhara. Aside from thee Indian Buddhist forms, there are also Nyingma forms of Jambhala that arise from the 'Revealed Treasure' Tradition. One particular form has the physical appearance of Black Jambhala, but in this Nyingma example, he is multi-coloured with arms, legs, torso and head all in different colours. Other than the Traba Ngonshe and multi-coloured forms no other Nyingma Jambhala figures are presently listed here. 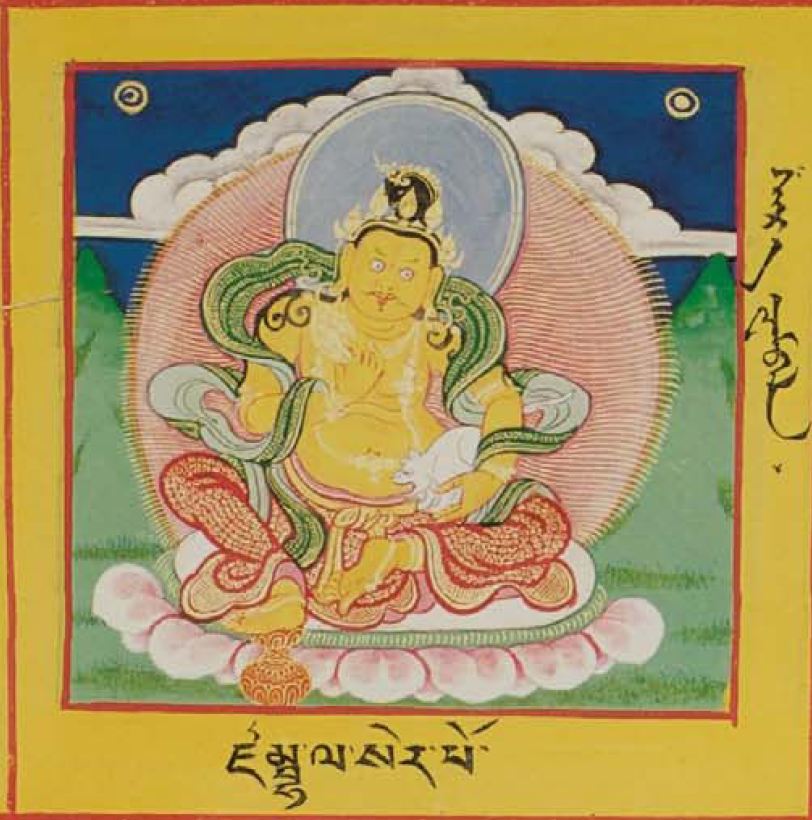 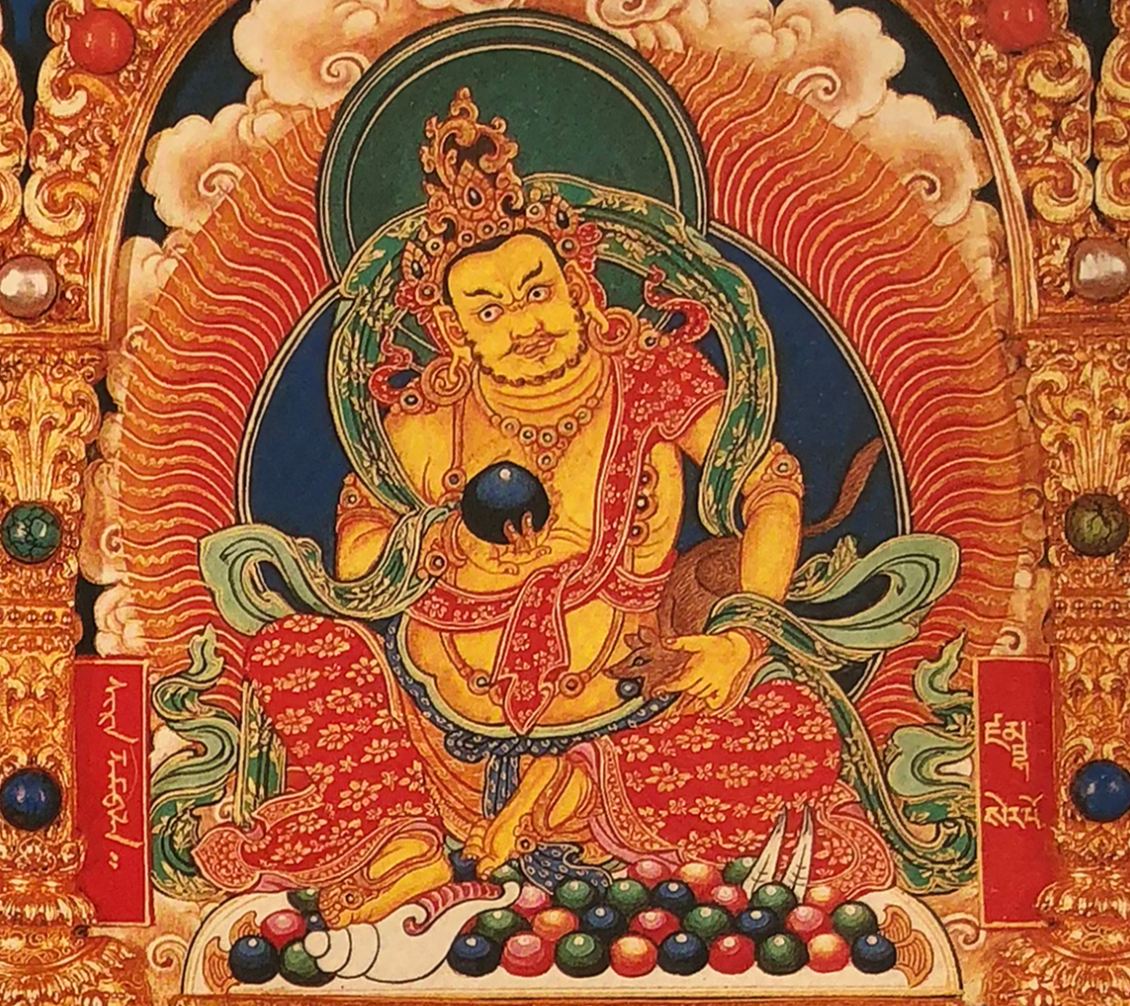 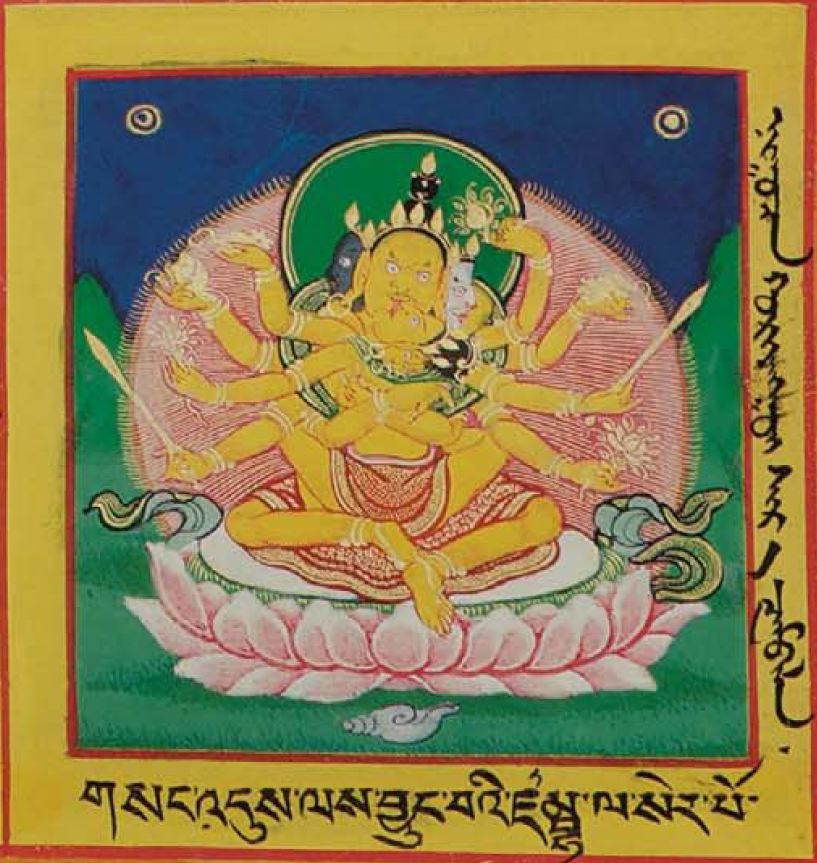 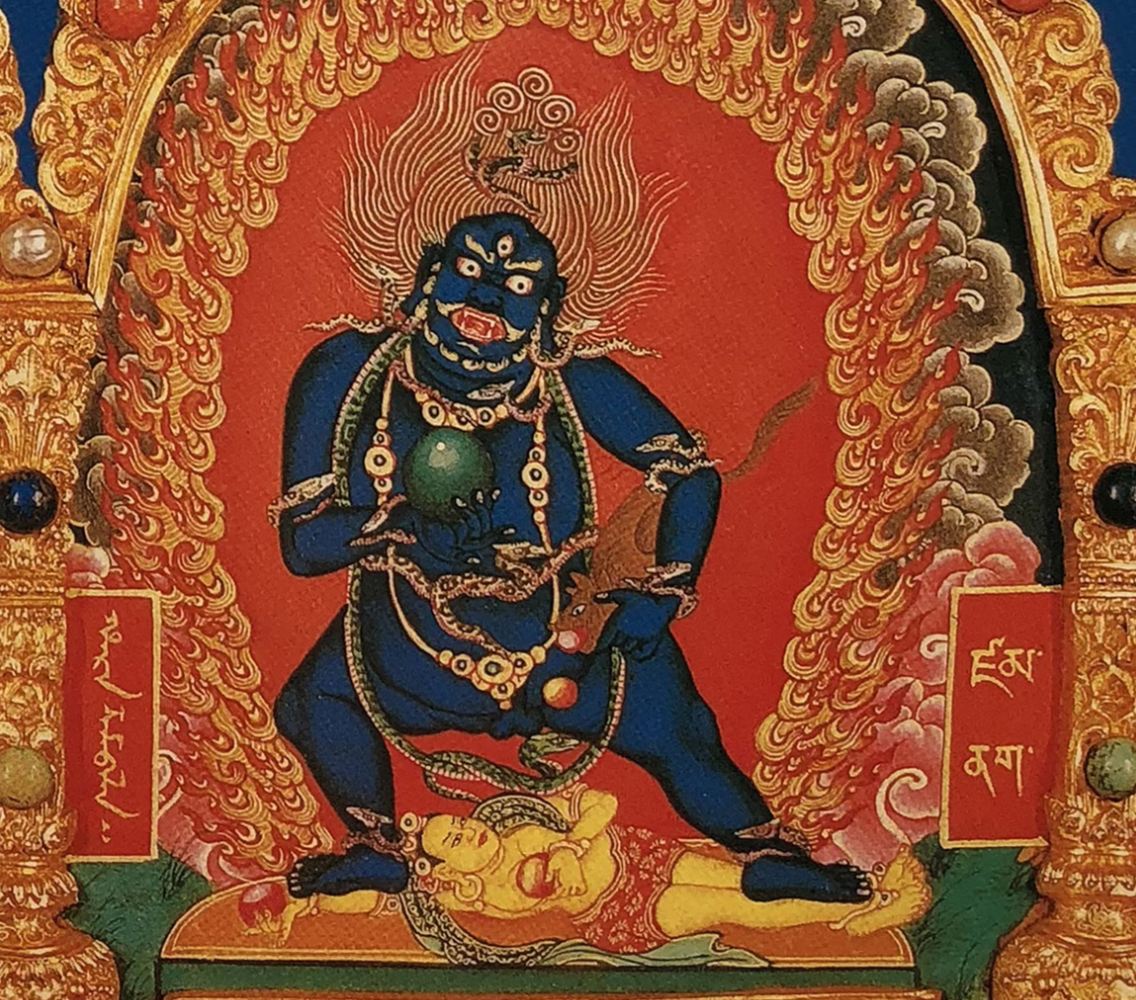 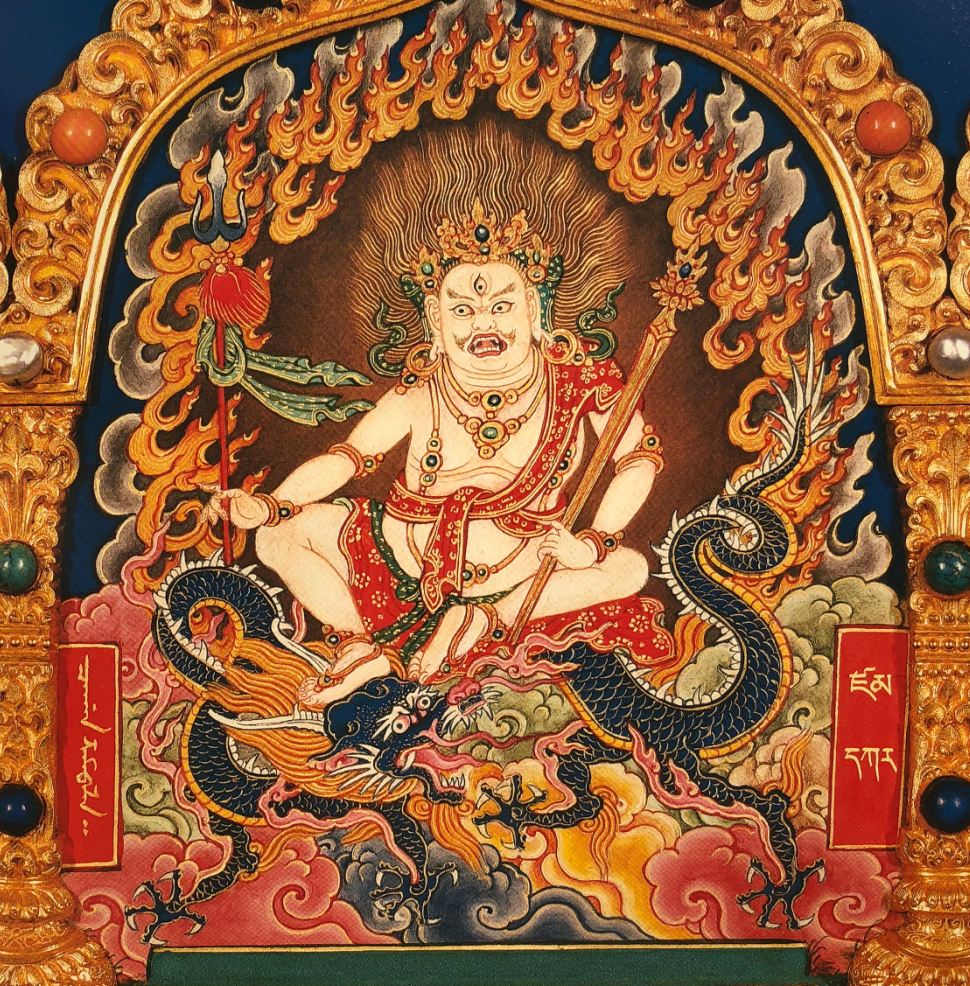 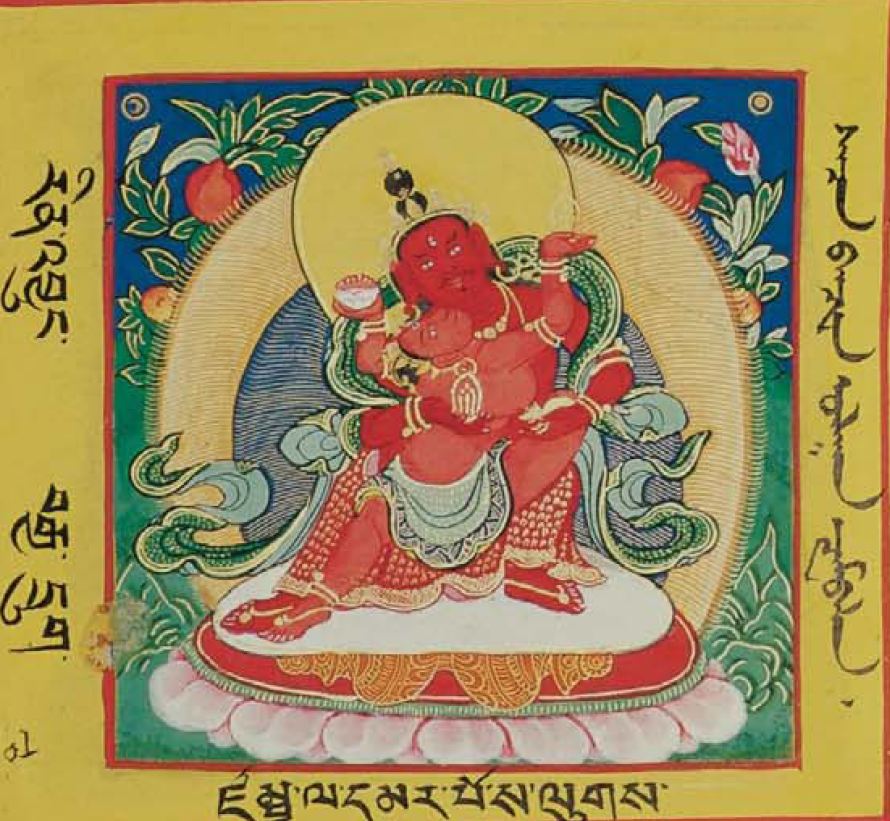 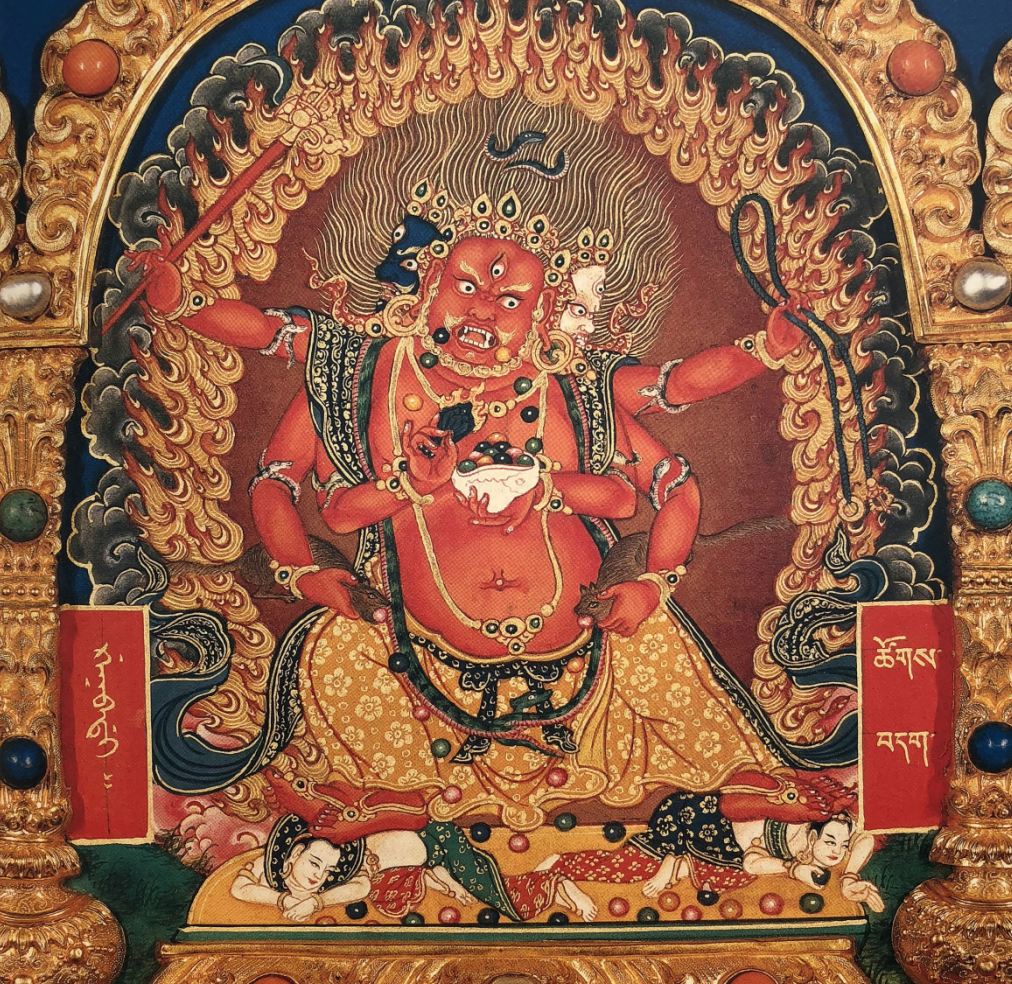 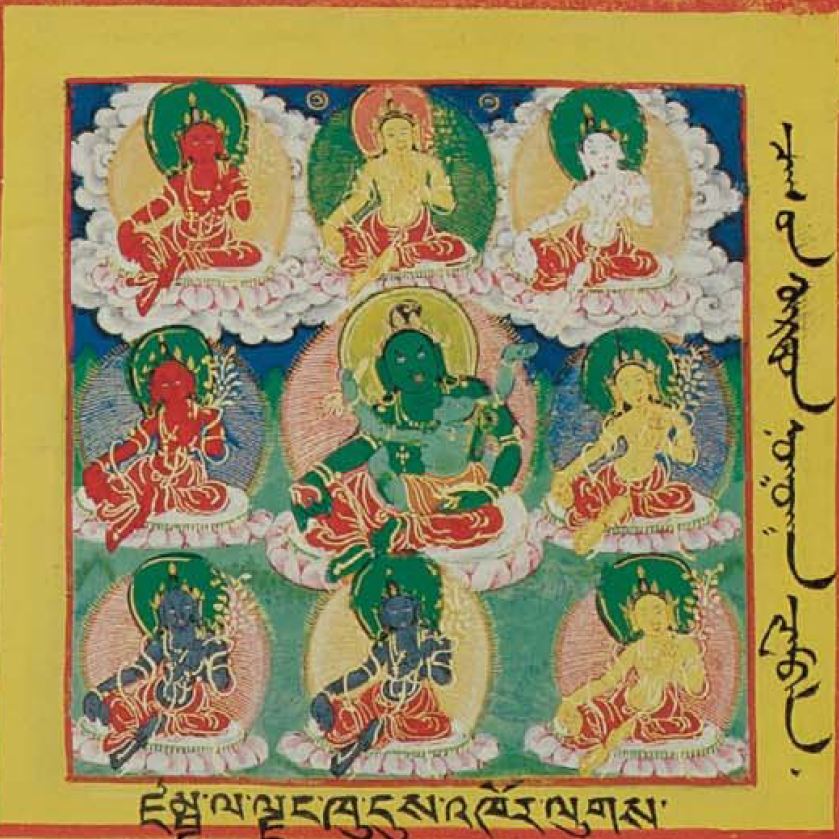 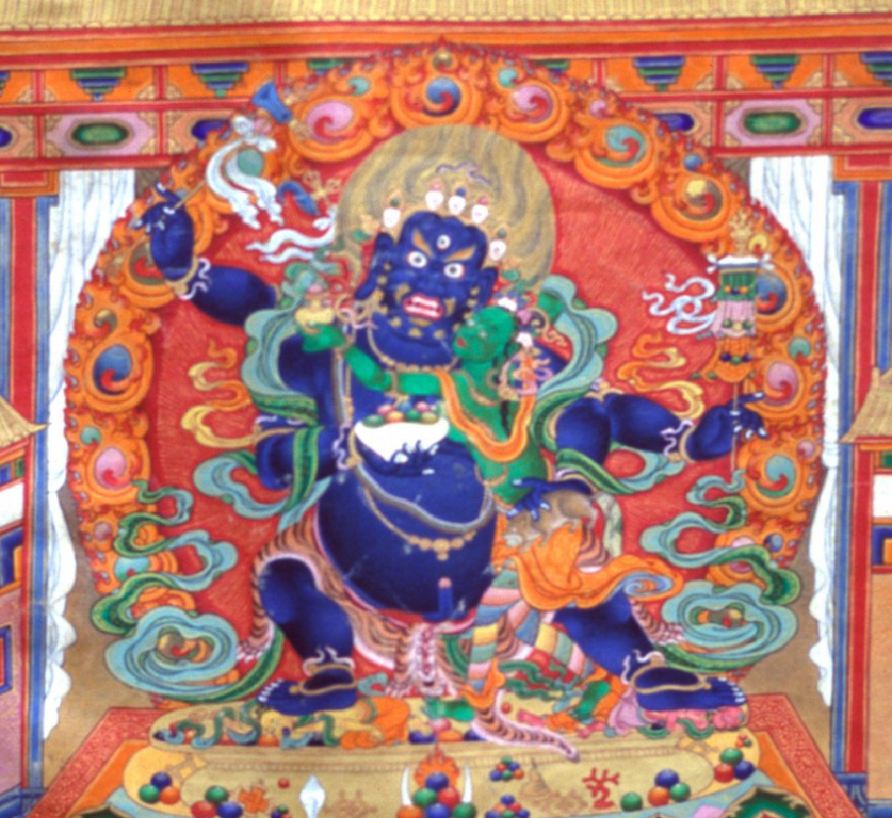 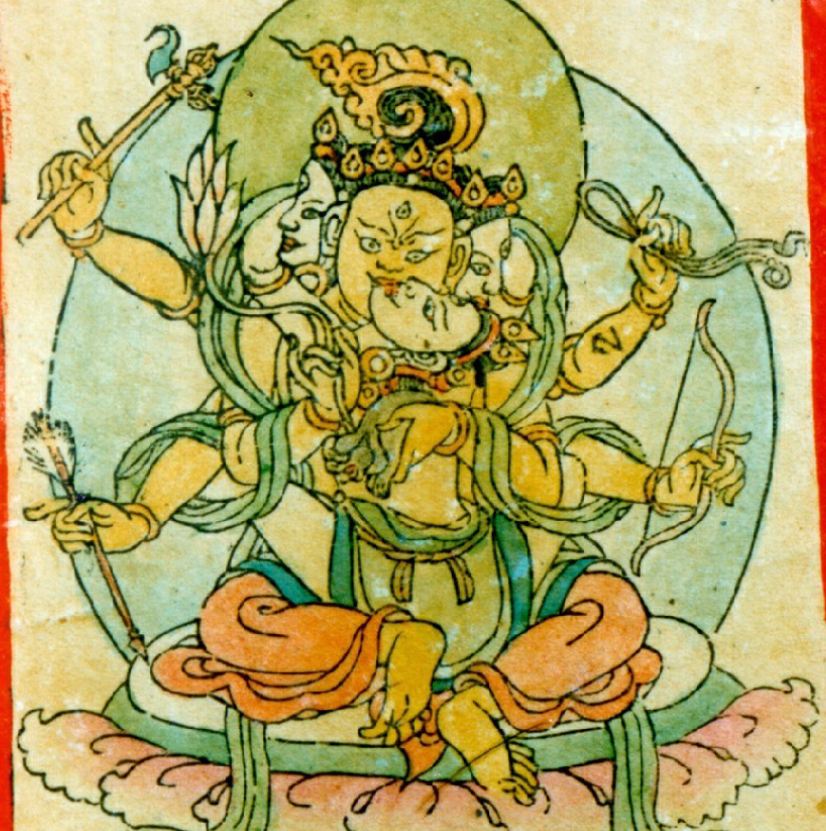 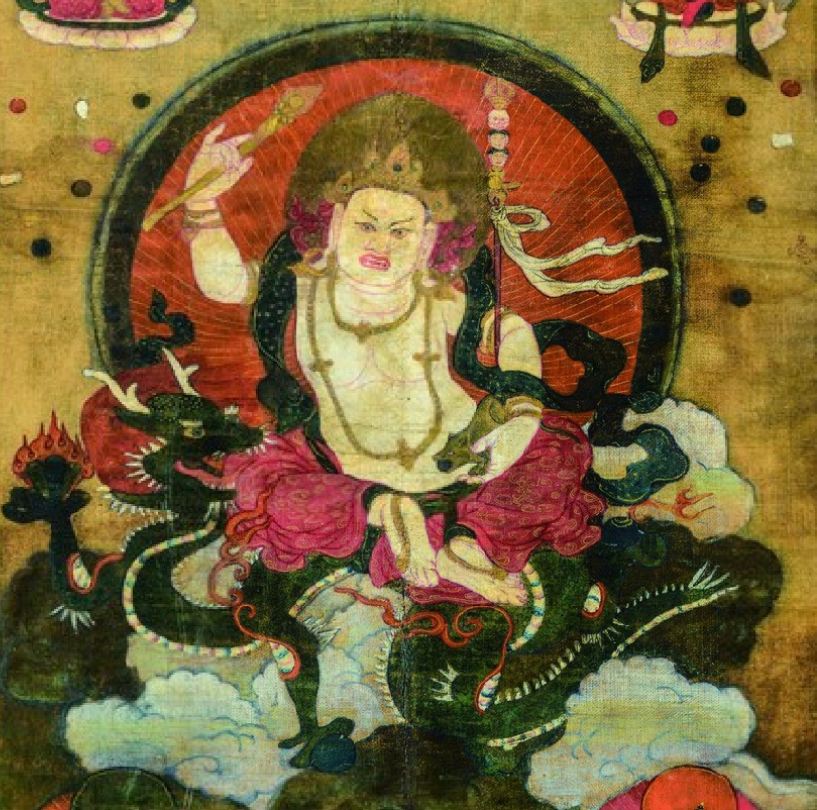 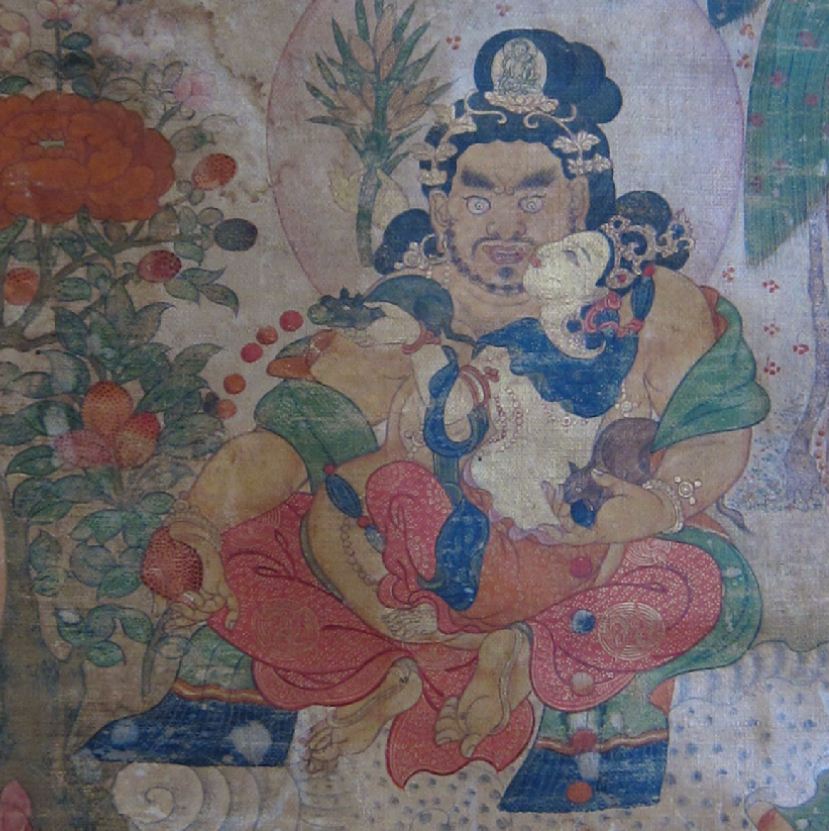 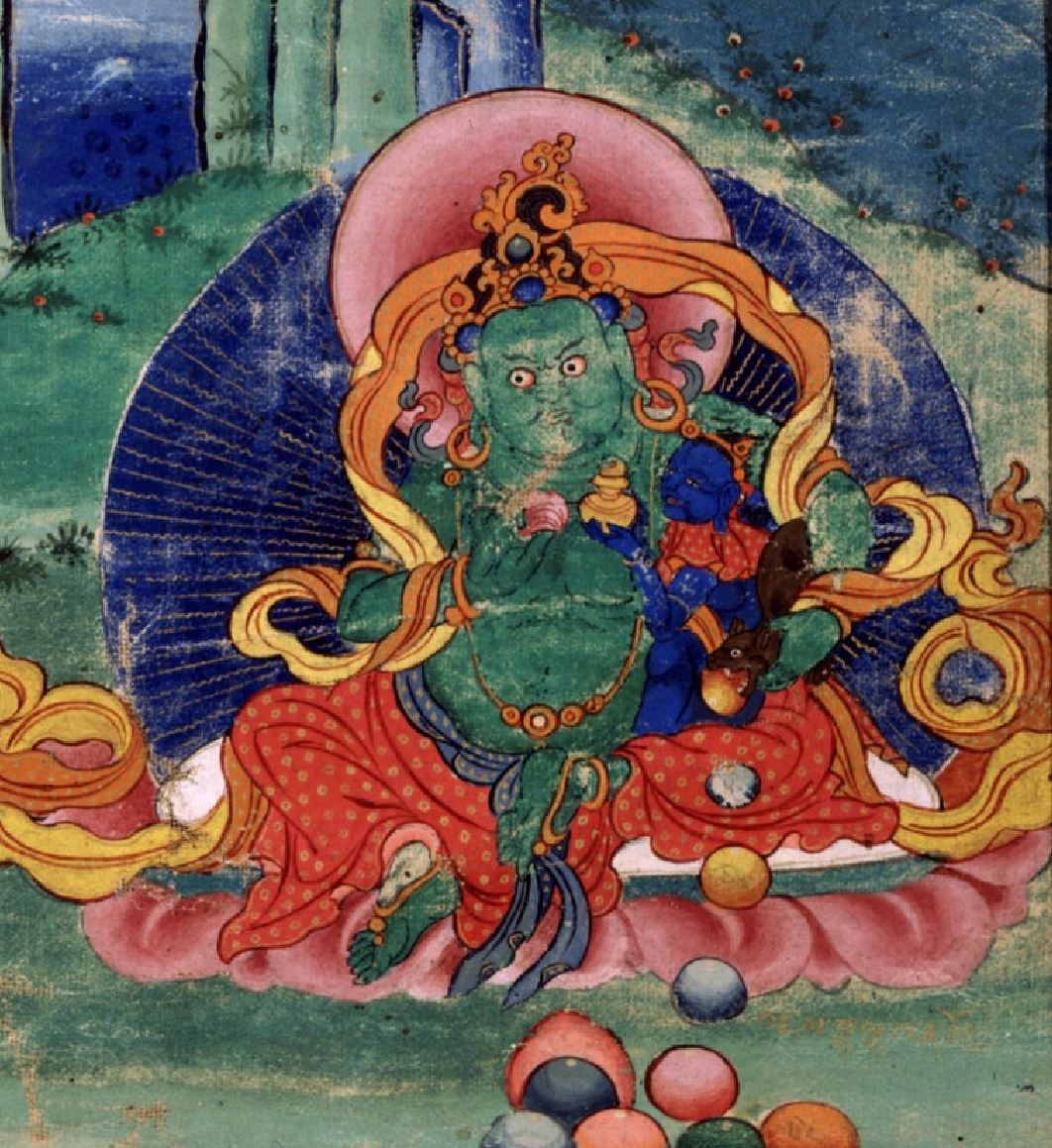 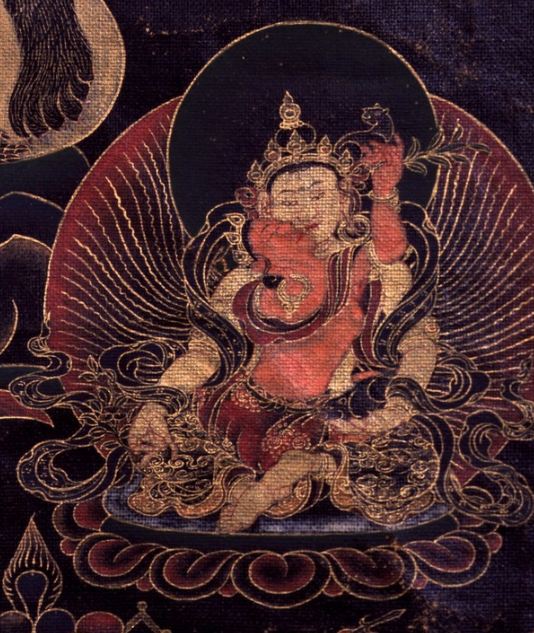 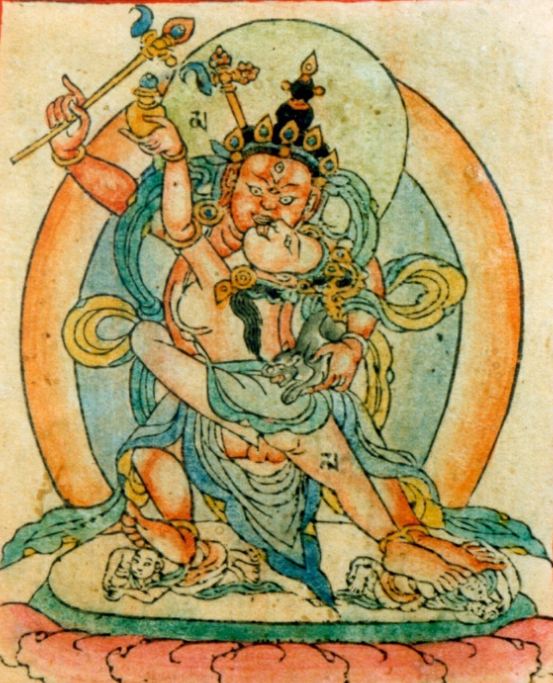 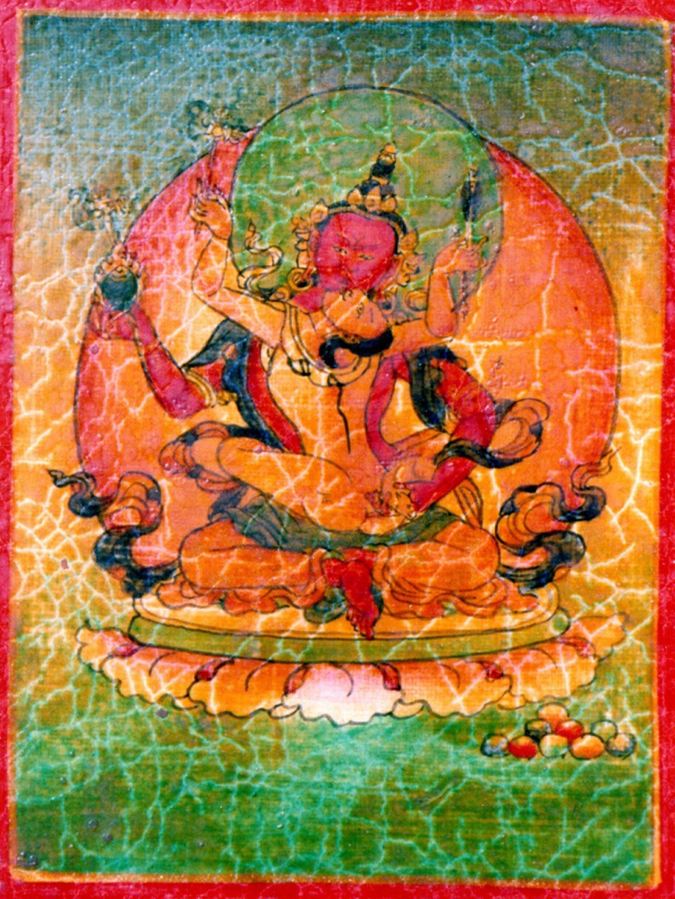 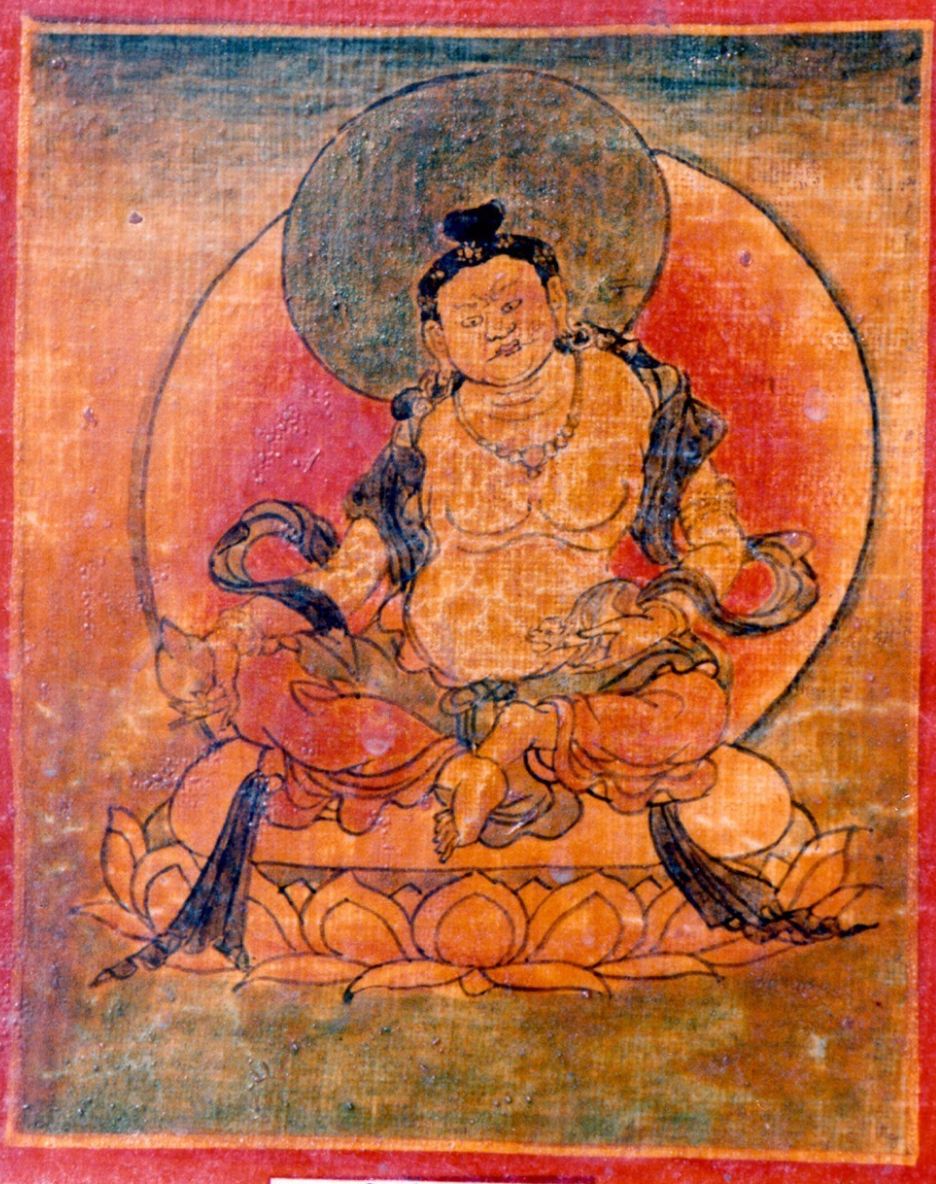 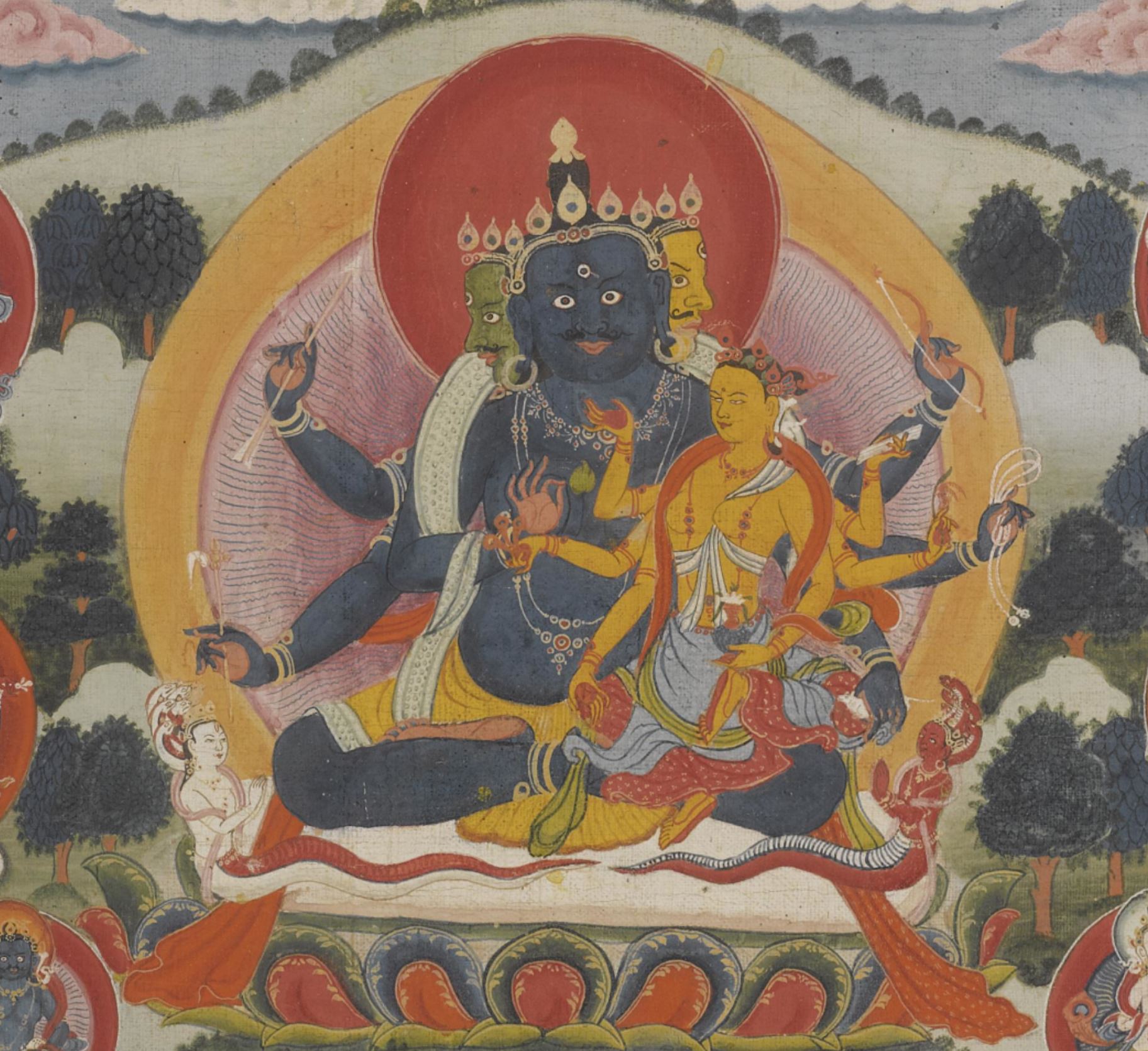