"On Vulture Peak Mountain is the noble elder Chudapantaka, surrounded by 1,600 arhats; homage to the One with the two hands placed in meditation." (Sakya liturgical text).

Chudapantaka is typically portrayed with the two hands placed in the mudra (gesture) of meditation and sometimes with a lion or tiger standing nearby. The Sixteen Great Arhats are generally painted as a set. The full group would include the Buddha Shakyamuni, the 16 arhats, the attendant Dharmatala, the patron Hvashang and the Four Guardians of the Directions - Vaishravana, Virupaksha, Dritarashtra and Virudhaka. 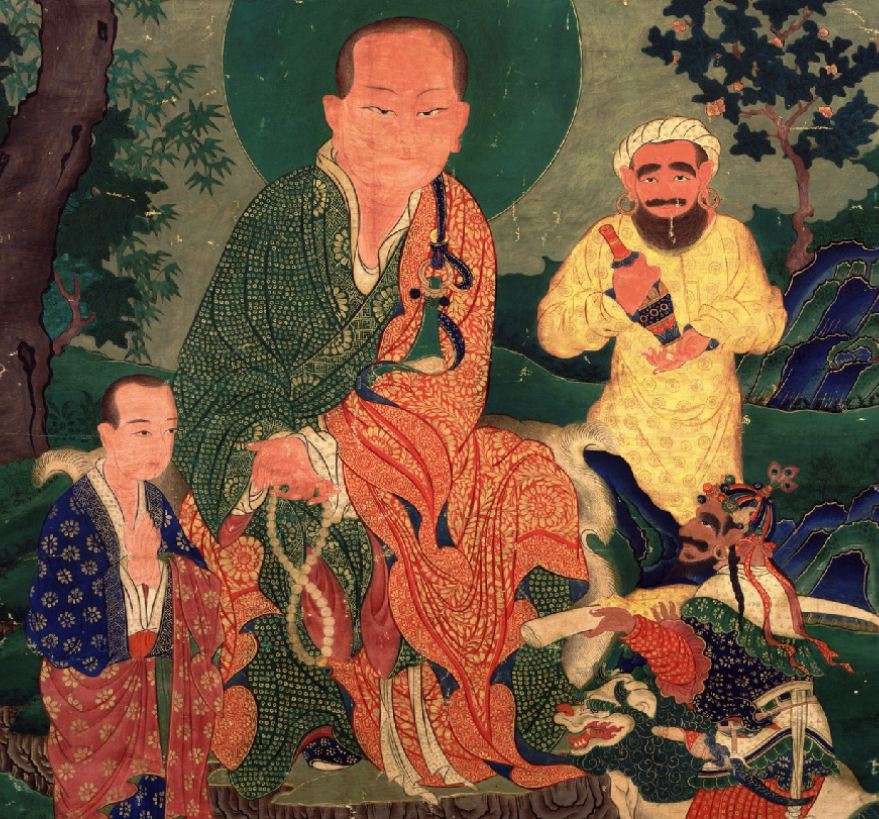 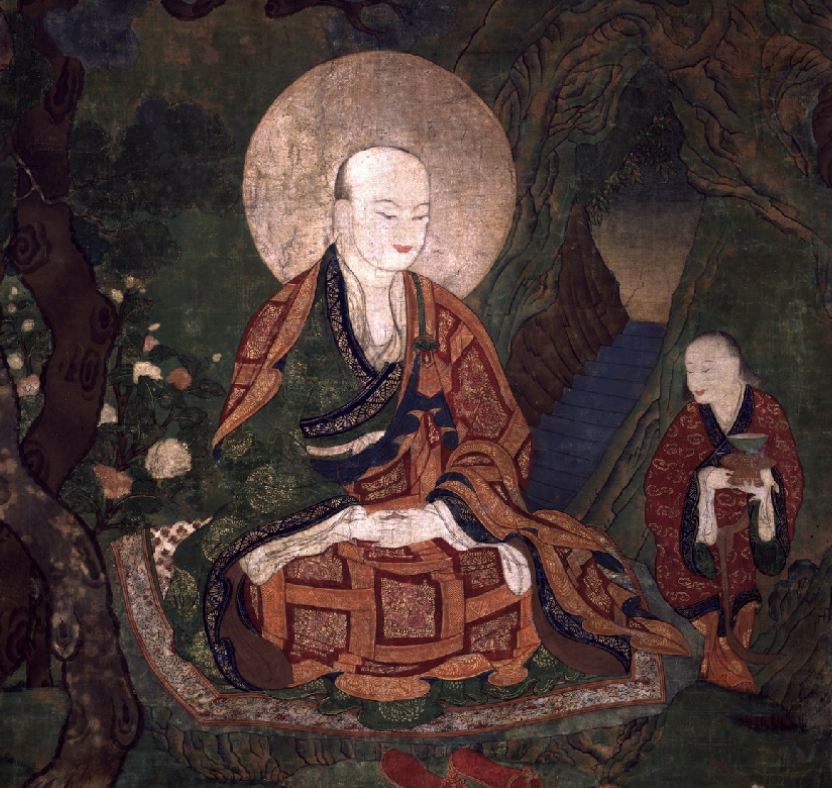 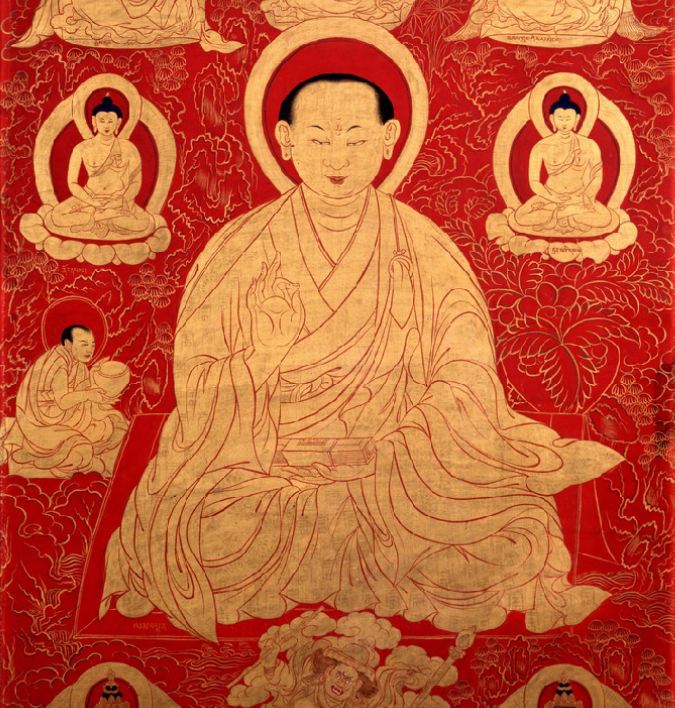