（以下摘自 喜马拉雅网站）
The renowned Indian scholar Vasubandhu (4th-5th century) sits on a throne in relaxed posture. wearing robes with a floral motif and a pandit's hat, he rests his right hand on his knee and his left on the throne. His face is portrayed in typical Indian style, with alert eyes, bushy eyebrows, a prominent nose and a stubbly beard. Above him are three teachers, also wearing Indian pandit hats, whilst below are two similarly dressed disciples. In the background are two naked figures in a cave and two monks in namaskara mudrii standing in front of a Tibetan monastery. The landscape of this nagthang thangka is similar to those of other thangkas in this series, depicting rocky crags, rushing streams, birds and profuse vegetation. 

vasubandhu is one of the Six Scholarly Ornaments and Asanga's younger brother. Like his brothe he was a prolific writer and works such as the Abhidharmakosa-kiriki, the Viwsatiki karik and the Trimsika krika have been translated into Tibetan. 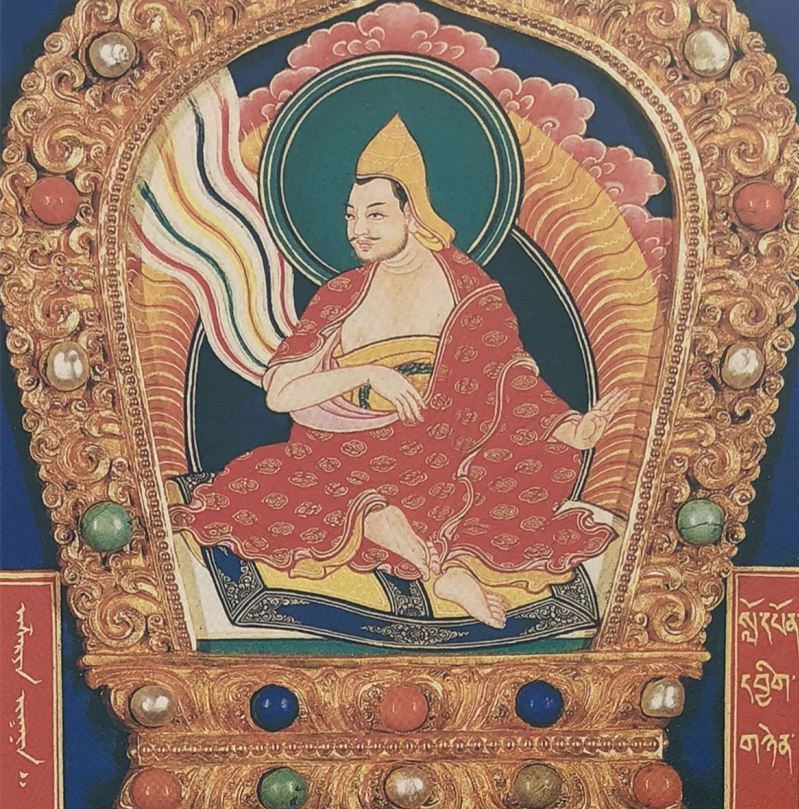 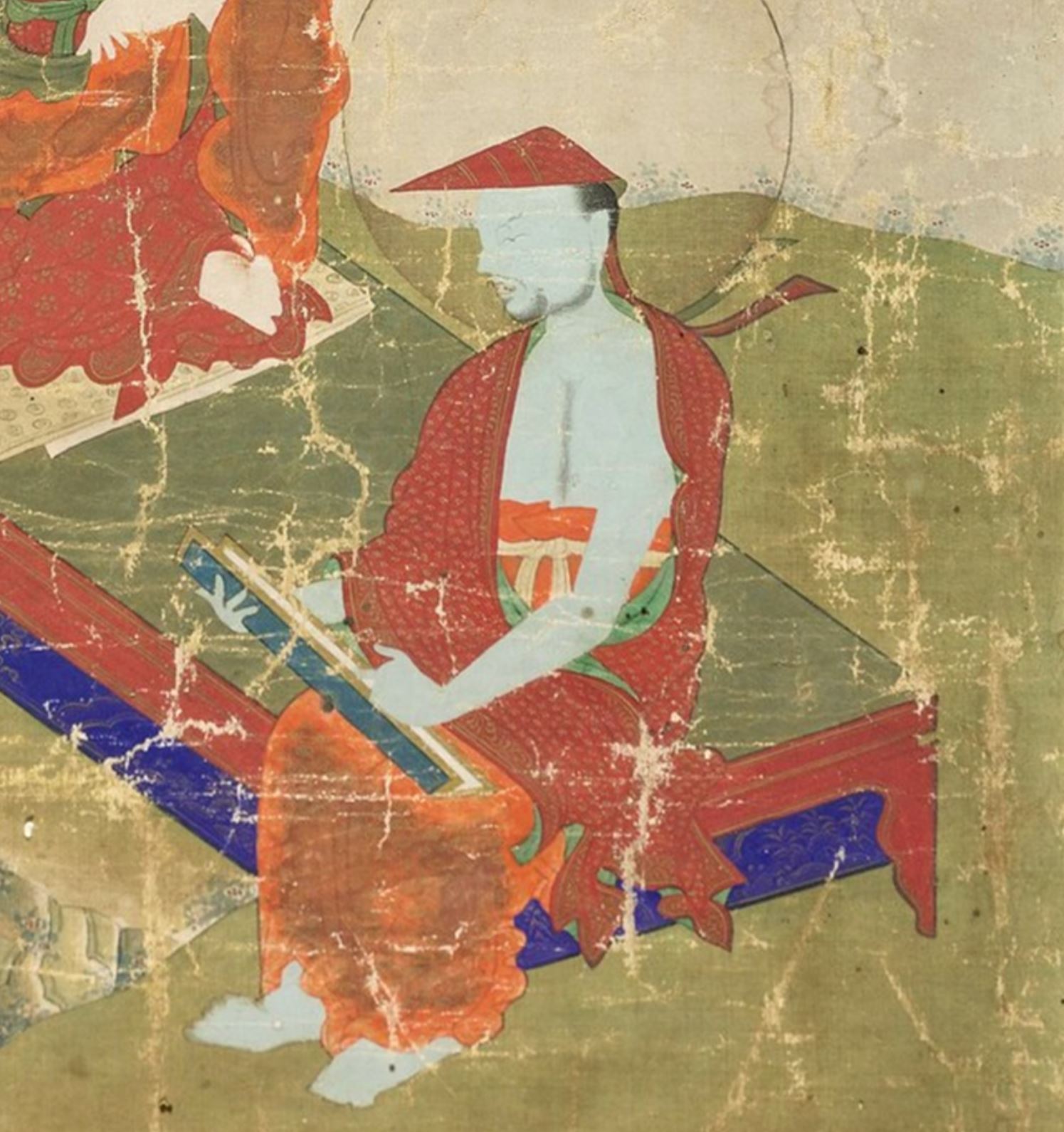 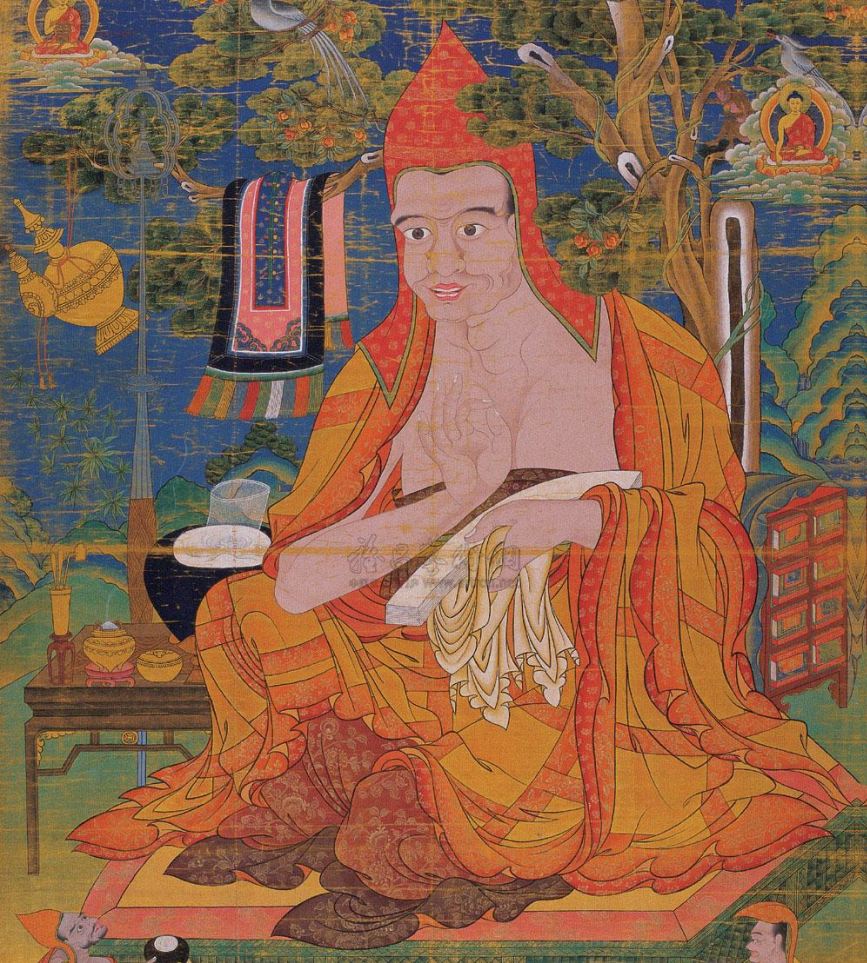 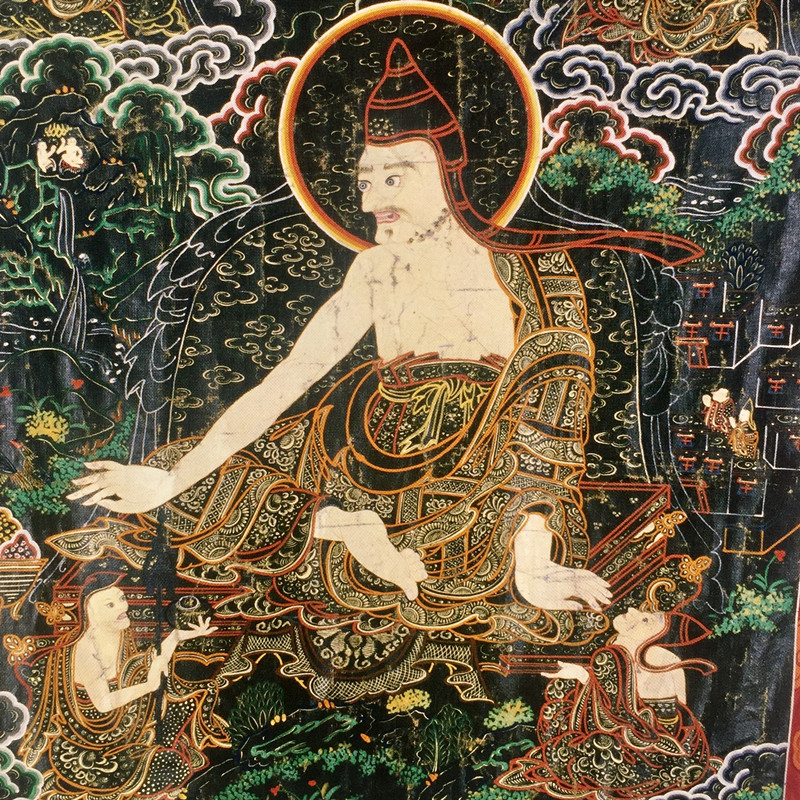