It is important not to confuse the deity, Father & Mother, with the skeleton dancers found in the various systems of Tibetan religious Cham dance. Those skeleton dancers, sometimes categorized as having three types, are unrelated to the protector deity. The skeleton figures, representing worldly spirits, in Tibetan dance are often seen as jesters or servants for other minor worldly gods such as Yama. These Cham dancing skeletons, like the other characters found in dance such as the deer and yak headed servants of Yama, are generally only found in narrative vignettes if found at all in Tibetan paintings. The most common dance represented in painting is generally known descriptively as the Black Hat Dance, and specifically understood to be the Vajrakilaya Cham dance. There will of course be images or random skeletons found in wrathful deity paintings or in the many depictions of the charnal grounds where the relevant Sanskrit and Tibetan texts explicitly state that skeletons are found in cemeteries. 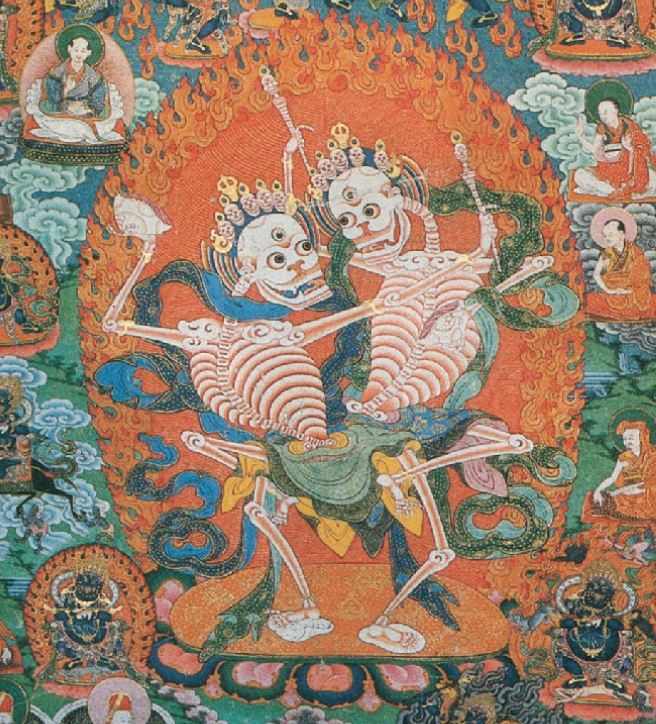 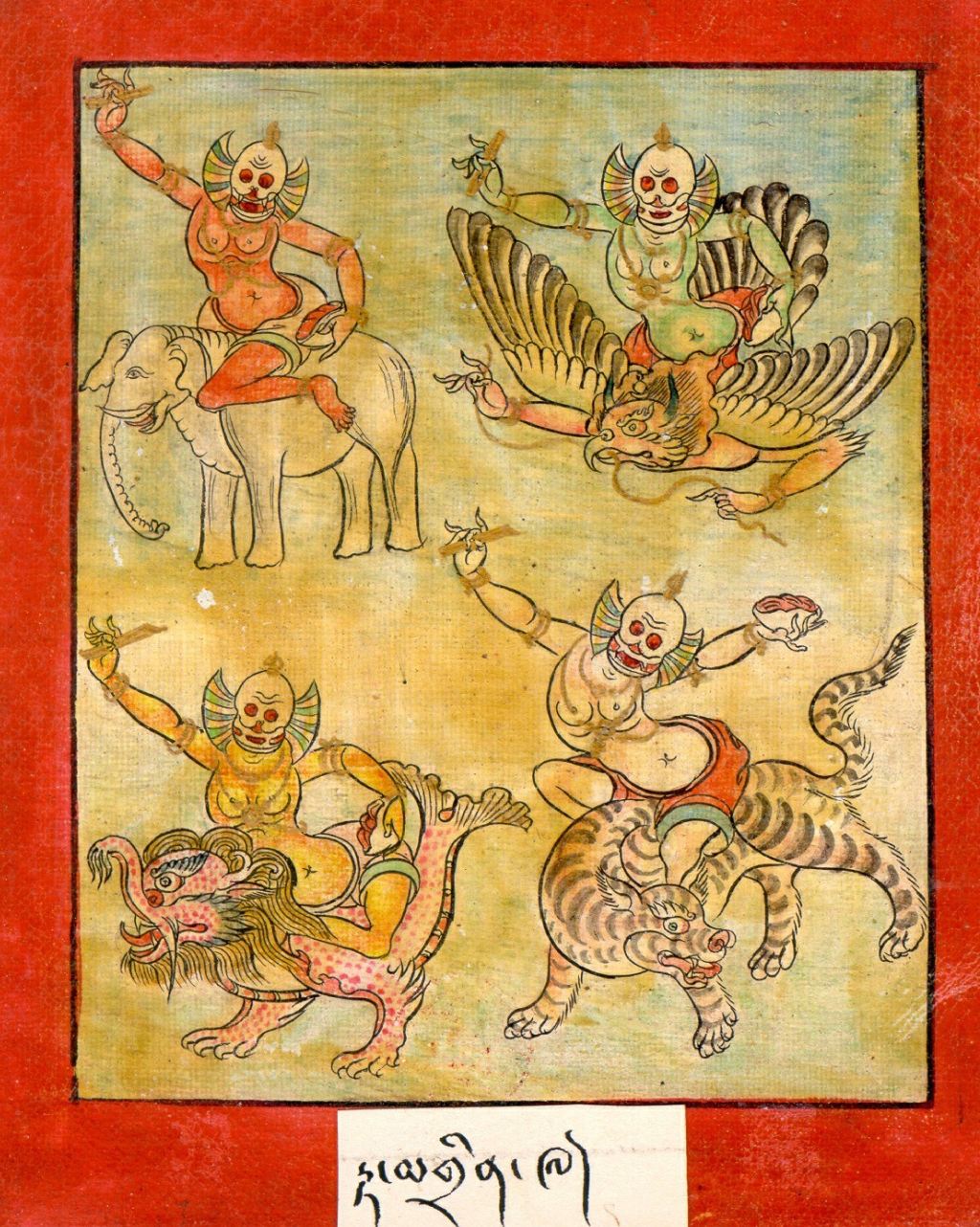 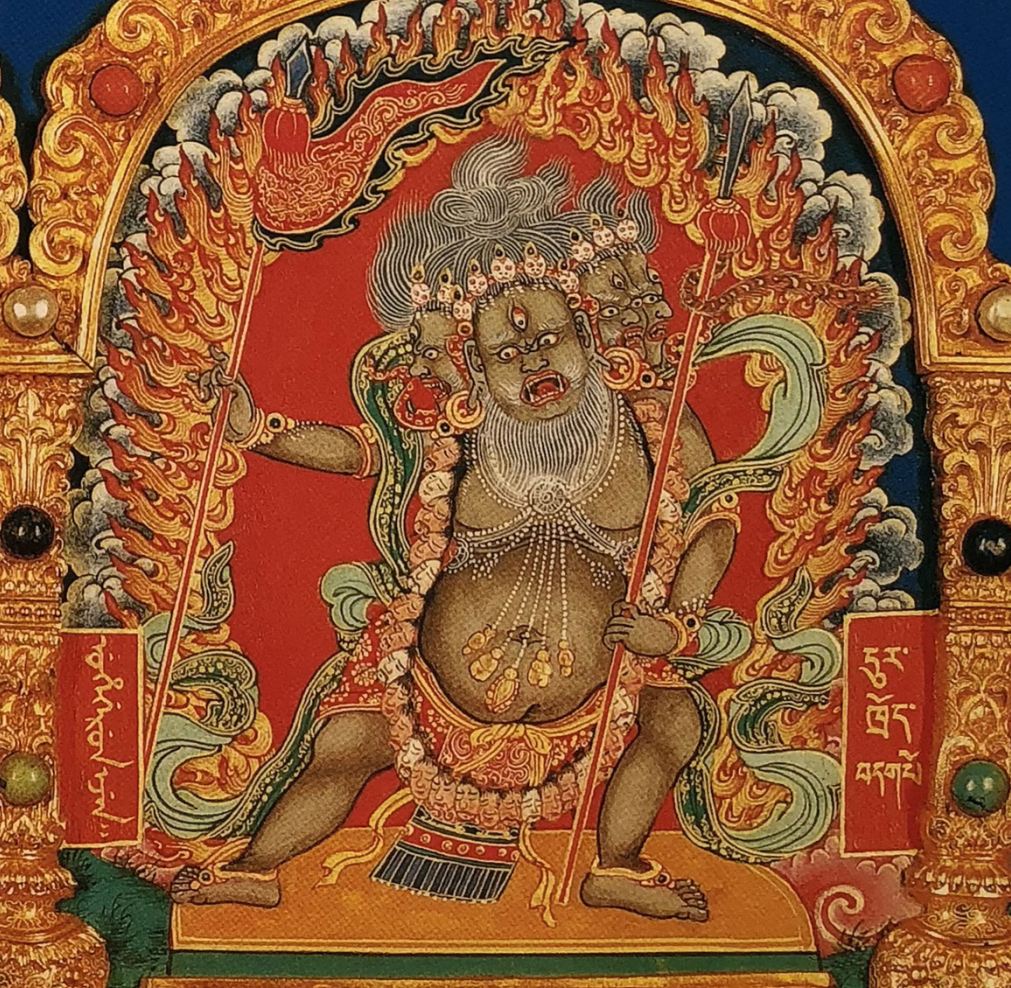