For the purpose of subduing daemons and spirits of Tibet and the surrounding Himalayan regions Padmasambhava, at the thirteen mountain retreats each known as the Tiger's Den (tagtsang), appeared as the wrathful Dorje Drolo. At many of these locations it is believed that Guru Rinpoche left impressions of his feet in the rocks. The Eight Manifestations of Padmasambhava belong to the Revealed Treasures (Tib.: ter ma) classification of teachings according to the Nyingma Tradition of Tibetan Buddhism.

"In the experience of great bliss fiercely blazing with wrathful power,
Maroon in colour, holding a vajra and kila,
The two feet dancing expressively atop a tigress;
Homage to Dorje Drolo." (Nyingma Liturgical verse). 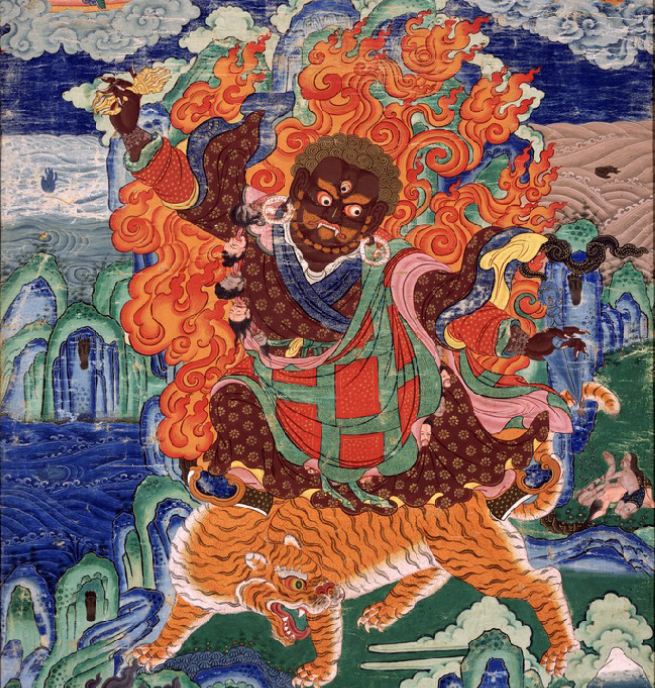 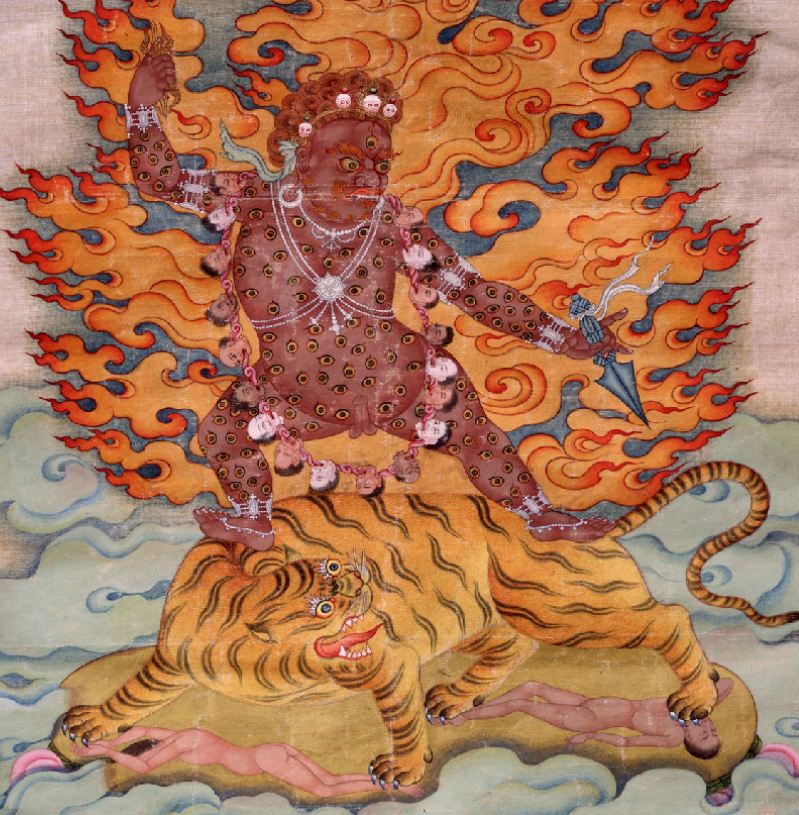 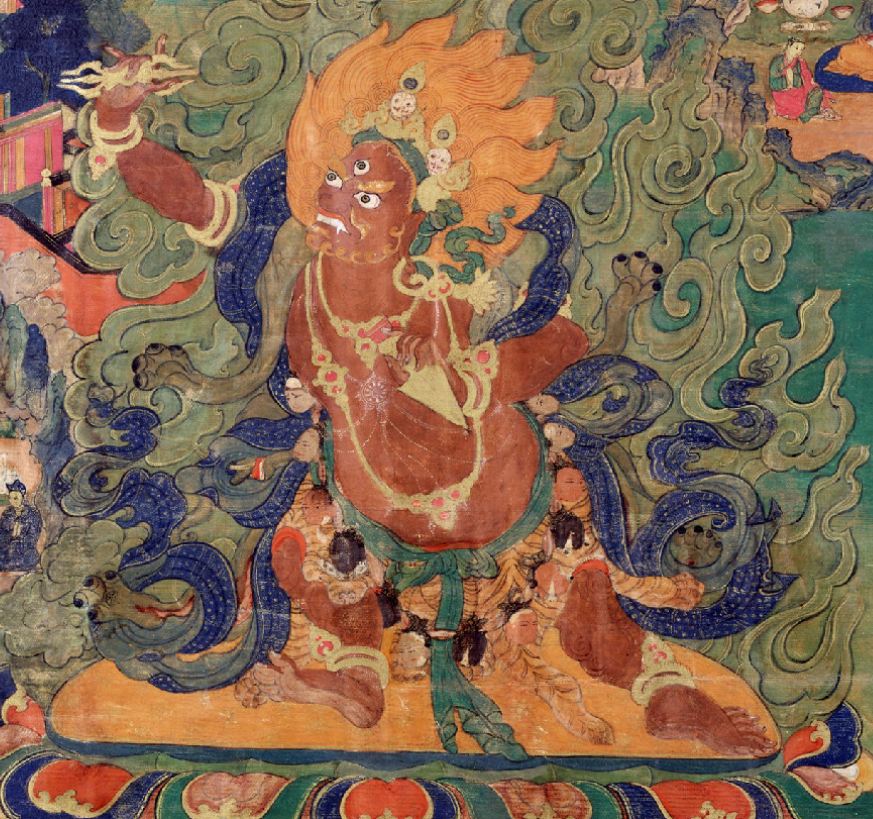 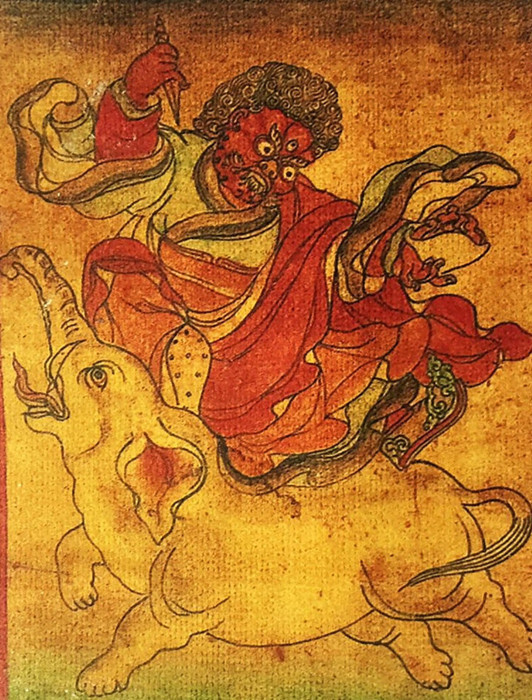 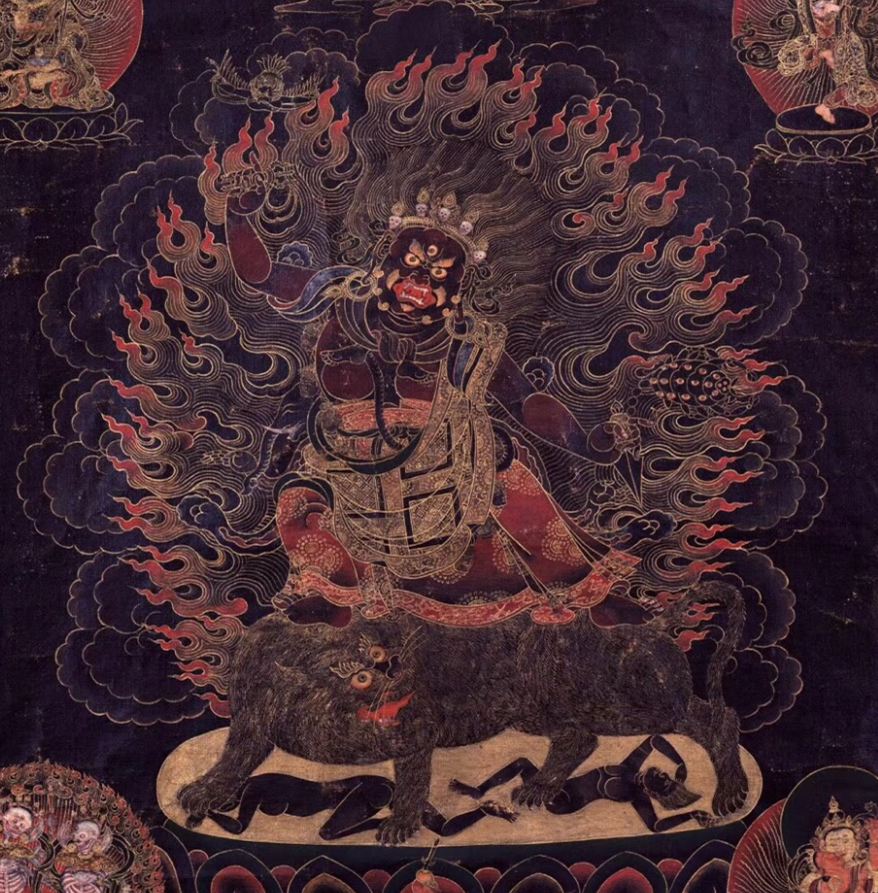